The love story surrounding the Taj Mahal is true, but certain facts are generally left out. Here’s the oft-told romantic tale: Indian mogul Shah Jahan was deeply in love with his one of his four wives, whom he called Mumtaz Mahal, or “Ornament of the Palace.”

In 1631, Mumtaz, on her death bed, asked Shah Jahan to take care of her children and build her a suitably lavish monument. Shah Jahan was grief-stricken. He moaned and refused to eat for eight days.

Finally he emerged from his quarters and began work on a “monument of perfect proportions.” Day and night for 22 years, 20,000 jewelers, masons, and calligraphers worked to create the wondrous white mausoleum still regarded as one of the most remarkable structures ever built. 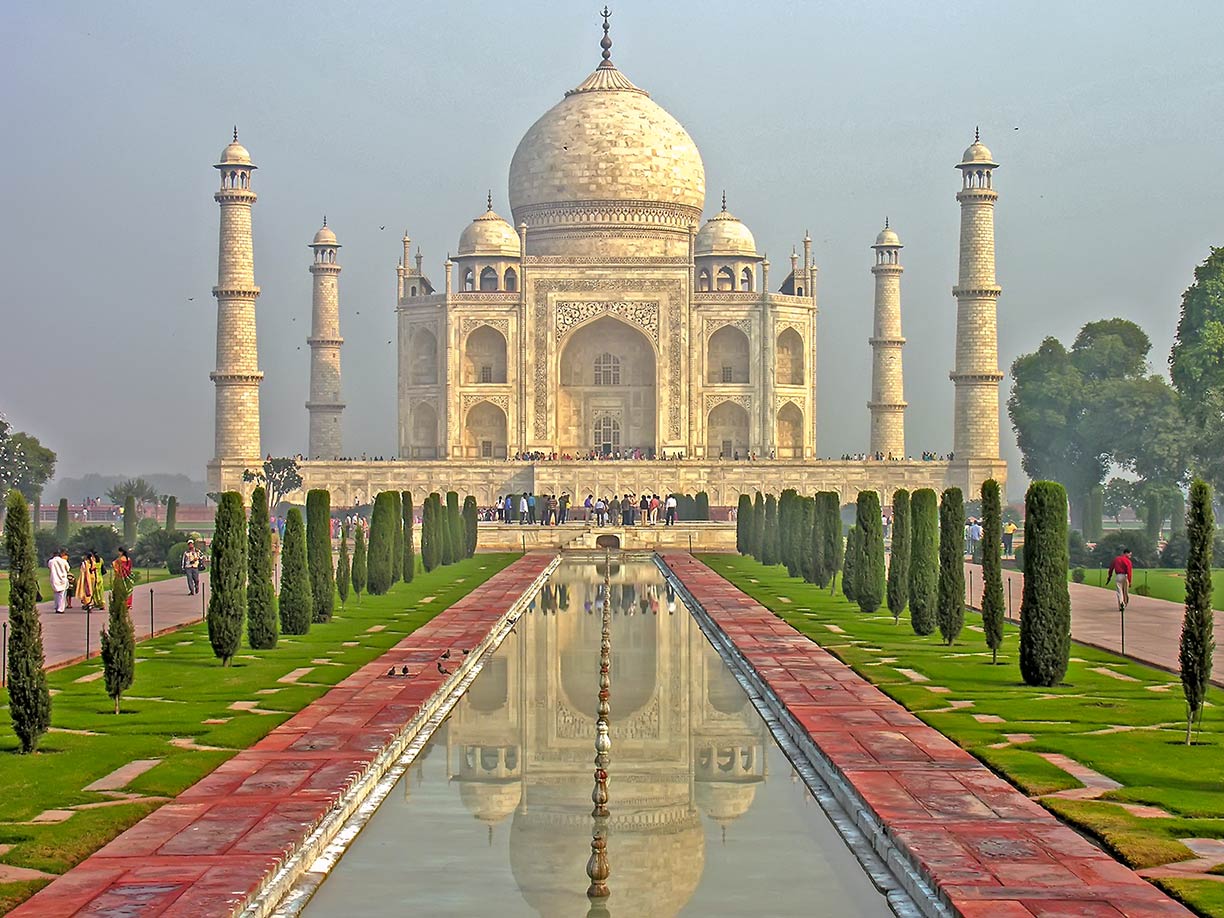 Here’s the part most guidebooks don’t tell you: While Shah Jahan was reputedly a fairly benevolent ruler for his time and place, Mumtaz was a ruthless Islamic fanatic who demanded that her husband crush all other religions.

At one time, for example, she goaded him into destroying a Christian settlement on India’s northeast coast.

The city of Hooghly was razed and its people forced into a 1,200-mile death march to Agra, where Mumtaz had the priests trampled to death by elephants and the rest of the Christians sold into slavery.

In fact, until the British took over India, guards were posted at the Taj Mahal with a warning that any non-Moslem who tried to enter would be put to death.

One account has it that Shah Jahan beheaded his architect and chopped off the hands of his craftsmen so they could never duplicate their work. This is probably an exaggeration.

He likely needed at least some of them, because as soon as the Taj Mahal was finished, Shah Jahan began work on a second mausoleum, this one in black marble, for himself.

Shah Jahan’s extravagance for his wife, however endearing, eventually led to his downfall. Before his second building could be completed, he was deposed by his own son and imprisoned in a cell overlooking the Taj Mahal.

The romantic story has it that every day for eight years he sat gazing across the river, pining for Mumtaz Mahal.

Well, maybe not every day, he did have his entire harem with him, and he reportedly died from an overdose of aphrodisiacs at age 74.