Antimatter are particles of the same mass and composition as protons and electrons, but with an opposite electrical charge.

Science fiction space ships are regularly powered by antimatter drives. Futuristic bombs are designed around antimatter. Yet neither you nor anyone you’ve ever met has even once seen a particle of antimatter. Antimatter does not come in fist-sized chunks, but as stray, individual subatomic particles.

Paul Dirac is considered by many to be the greatest British theoretical physicist since Newton. Dirac was the first to predict the necessary existence of positrons and antiprotons, or antimatter. The concept of antimatter provided a new avenue of research and understanding in physics. Dirac’s antimatter discovery has become the theoretical framework for modern particle physics. Modern cosmologists and physicists are able to extend and apply the precepts of quantum physics, quantum electrodynamics, and quantum mechanics in large part because of Dirac’s discovery. 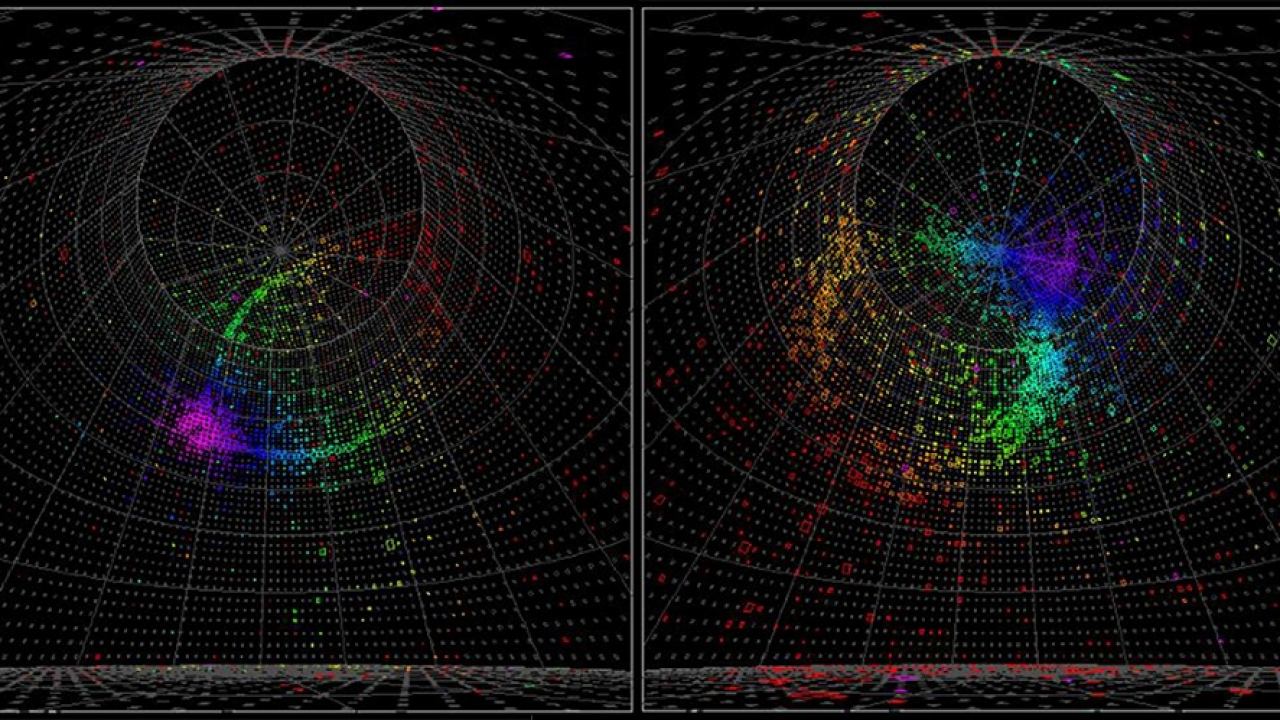 Shy, retiring, and secretive by nature, 21-year-old Cambridge University physics graduate student Paul Dirac had made few friends, but had gained a reputation for mathematical brilliance.

By 1923, the theories of relativity and quantum mechanics were well-established, but their limits and the exact implications and meaning were not. Quantum mechanics, the study of systems so small that Newtonian physics breaks down, was based on the assumption that subatomic matter acts both like particles and waves. The contradictions and paradoxical implications of this assumption and the mathematics used to try to describe it were drawing physics toward a crisis.

Through a series of cunning research efforts and precise, articulate papers, Dirac began to chip away at these inconsistencies, bringing clarity and reason to what had previously seemed to be chaotic uncertainty. He improved the methods to calculate a particle’s speed as defined by “Eddington’s equations”. He resolved the discrepancies of the covariance of Niels Bohr’s frequency condition.

Still as a graduate student, he published five important papers and turned his focus to the more general problem of uniting quantum mechanics (the laws governing the micro-world of elementary particles) and relativity (the laws governing the macro-world of planetary and universal gravitation). To this work Dirac brought his engineer’s ability to accept and use approximations when exact calculations were not possible and where exact measurements did not exist. This talent allowed Dirac to venture into new areas of analysis whose lack of exact measurements had stopped previous researchers.

Dirac worked mostly in the world of advanced mathematics for these studies. He used the results of a number of lab studies conducted by other researchers to test and verify his equations and mathematical models.

Through completion of his doctoral work and through the first five years of his work as a researcher at Cambridge, Dirac struggled to resolve the apparent incompatibility of these two major systems of thought and analysis. By 1929 Dirac had realized that his calculations required that several subatomic particles had to exist that had never been detected or thought of before. In order for the equations that he had developed and tested against lab results to work, an entire set of new particles had to exist. These new particles would mimic the mass and composition of the known particles, but would have the opposite electrical charge.

Protons and neutrons were known. Dirac concluded that negatively charged particles of equivalent mass must also exist. The existence of this antiproton, or antimatter, was confirmed 25 years later.

Similarly, Dirac concluded that if an electron existed, positively and neutrally charged particles of similar mass (positron and neutrino respectively) must also exist. The existence of positrons was confirmed two years later, in 1932. Neutrinos were positively identified in the mid-1970s, but their mass was not confirmed until work done by Japanese researchers in 1998.

Dirac thus discovered the existence of antimatter and proved that the particles we can see, touch, and deal with represent only half of the kinds of particles that inhabit our universe. In so doing, Dirac moved science closer to an accurate view of the physical world.

When matter converts to energy, some residue is always left. Only part of the matter can be converted into energy. Not so with antimatter. When antimatter collides with matter, 100 percent of both matter and antimatter are converted into usable energy. A gram of antimatter would carry as much potential energy as 1,000 space shuttle external tanks carry.