Who Discovered Atomic Light Signatures and How each element radiates light at specific frequencies?

Twenty new elements (beginning with the discovery of cesium in 1860) were discovered using one chemical analysis technique. That same technique allows astronomers to determine the chemical composition of stars millions of light years away.

It also allowed physicists to understand our sun’s atomic fires that produce heat and light. That same technique allows other astronomers to calculate the exact speed and motion of distant stars and galaxies.

That one technique is spectrographic analysis, the discovery of Kirchhoff and Bunsen, which analyzes the light emitted from burning chemicals or from a distant star. They discovered that each element emits light only at its own specific frequencies. Spectrography provided the first proof that the elements of Earth are also found in other heavenly bodies, that Earth was not chemically unique in the universe. Their techniques are routinely used by scientists in virtually every field of science in the biological, physical, and earth sciences. 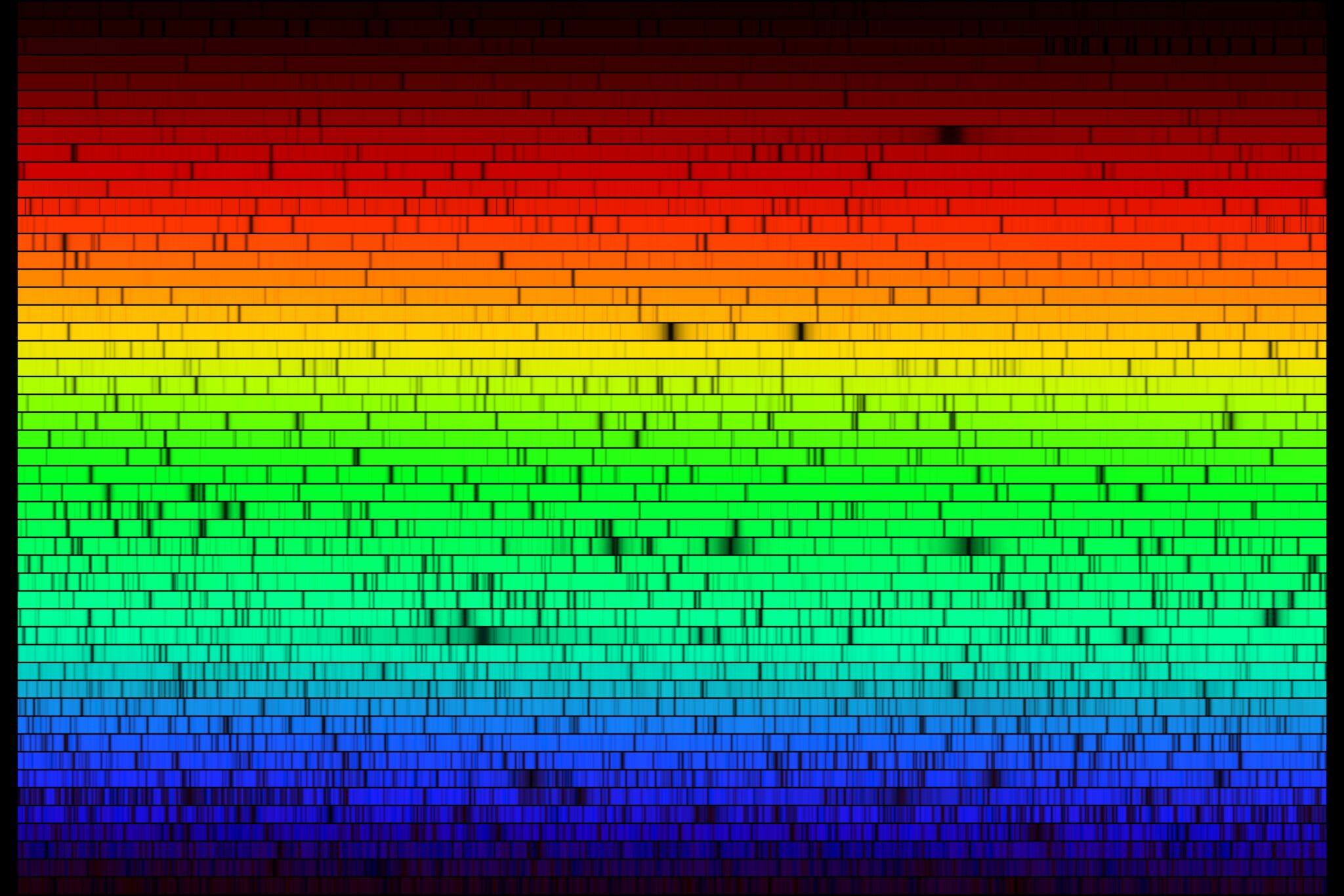 In 1814, German astronomer Joseph Fraunhofer discovered that the sun’s energy was not radiated evenly in all frequencies of the light spectrum, but rather was concentrated in spikes of energy at certain specific frequencies. Some thought it interesting, none thought it important. The idea lay dormant for 40 years.

Gustav Kirchhoff (born in 1824) was an energetic Polish physicist who barely stood five feet in height. Through the mid-1850s he focused his research on electrical currents at the University of Breslau. In 1858, while helping another professor with a side project, Kirchhoff noted bright lines in the light spectrum produced by flames and recalled having read about a similar occurrence in Fraunhofer’s articles. Upon investigation, Kirchhoff found that the bright spots (or spikes) in the light from his flame studies were at the exact same frequency and wave lengths that Fraunhofer had detected in solar radiation.

Kirchhoff pondered what this could mean and was struck by what turned out to be a brilliant insight: use a prism to separate any light beam he wanted to study into its constituent parts (instead of peering at it through a sequence of colored glass filters as was the custom of the day). Kirchhoff believed that this would let him find spikes in the radiation coming from any burning gas.

However, the scheme did not work well. The flame he used to heat his gasses was too bright and interfered with his observations.

Enter Robert Bunsen, the German-born chemist. In 1858, 47-year-old Bunsen had been developing photochemistry, the study of light given off by burning elements. During this work, Bunsen had invented a new kind of burner in which air and gas were mixed prior to burning. This burner (which we still use and call a Bunsen burner) produced an extremely hot (over 2700°F) flame that produced very little light.

Kirchhoff and Bunsen connected at the University of Heidelberg in 1859. Standing together, Kirchhoff barely reached Bunsen’s shoulder. The pair combined Kirchhoff’s prism idea with Bunsen’s burner and spent six months to design and build the first spectrograph (a device to burn chemical samples and use a prism to separate the light they produced into a spectrum of individual frequencies).

They began to catalog the spectral lines (specific frequencies where each element radiated its light energy) of each known element and discovered that each and every element always produced the same “signature” set of spectral lines that uniquely identified the presence of that element.

Armed with this discovery and their catalog of each element’s characteristic spectral lines, Kirchhoff and Bunsen made the first complete chemical analysis of seawater and of the sun, proving that hydrogen, helium, sodium, and half-a-dozen other trace elements common on Earth existed in the sun’s atmosphere. This proved for the first time that Earth was not chemically unique in the universe.

Kirchhoff and Bunsen had given science one of its most versatile and flexible analytical tools and had discovered a way to determine the composition of any star with the same accuracy as we determine sulfuric acid, chlorine, or any other compound.

Kirchhoff and Bunsen used their spectrograph to discover two new elements: cesium in 1860 (they chose that name because cesium means “sky blue,” the color of its spectrograph flame) and rubidium in 1861. This element has a bright red line in its spectrograph. Rubidium comes from the Latin word for red.