Who Discovered Modern Medical Anesthesia and What does Anesthesia mean in Greek?

What Is It? A medication used during surgery that causes loss of awareness of pain in patients.

Who Discovered It? Humphry Davy

Anesthesia created safe surgery and made many medical and dental operations practical and plausible. The trauma suffered by patients from the pain of an operation was often so dangerous that it kept doctors from attempting many surgical procedures. That pain also kept many severely ill patients from seeking medical help. 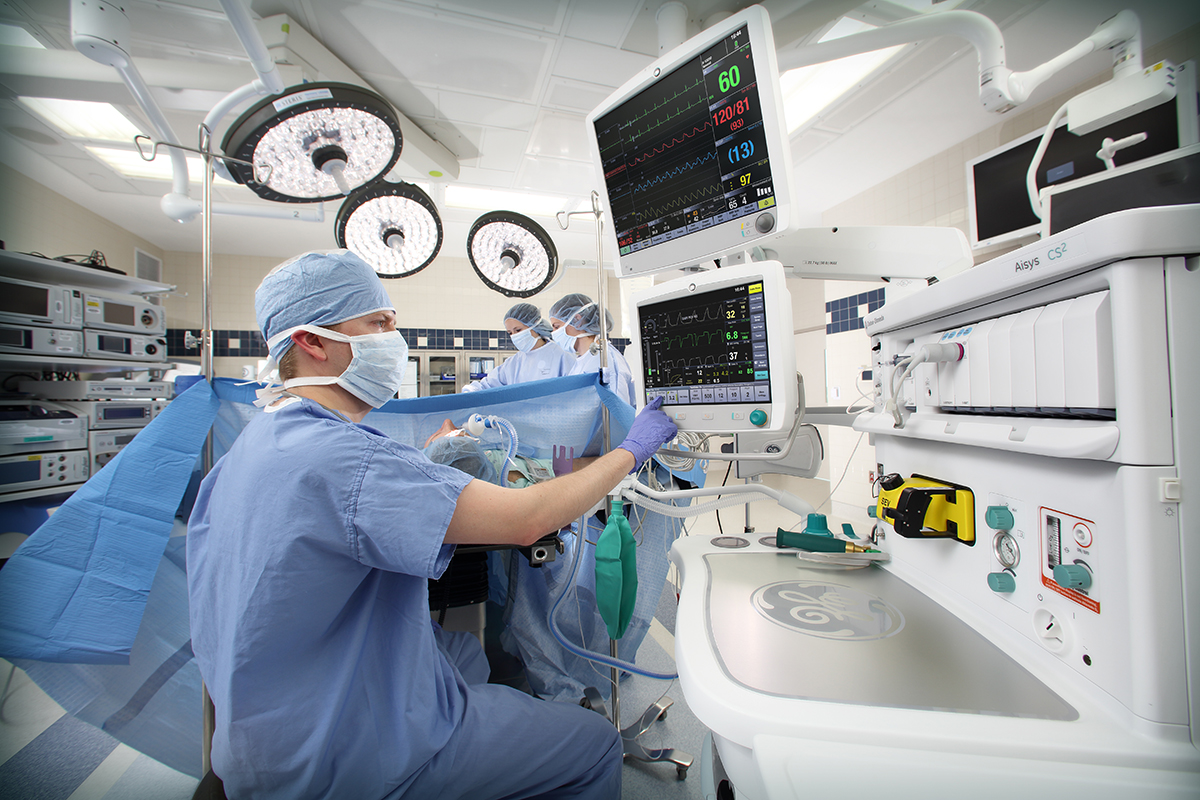 Anesthesia eliminated much of the pain, fear, anxiety, and suffering for medical and dental patients during most procedures and gave the medical profession a chance to develop and refine the procedures that would save countless lives.

Anesthesiology is now a major medical specialty and an important position in every operating room. While it is probable that new drugs and new types of anesthesia will be developed in the coming decades, this important aspect of medicine will be with us forever.

The word anesthesia, from the Greek words meaning “lack of sensation,” was coined by Oliver Wendell Holmes (father of the supreme court chief justice by the same name) in 1846. However, the concept of anesthesia is millennia old. Ancient Chinese doctors developed acupuncture techniques that blocked the transmission of pain sensations to the brain. Ancient Romans and Egyptians used mandrake (the root of the mandragora plant) to induce unconsciousness. European doctors in the middle ages also favored mandrake. Inca shamans chewed coca leaves and spit the juice (cocaine) into wounds and cuts to numb their patients’ pain.

Three nineteenth-century scientists each laid claim to the medical discovery of modern anesthesia. None of them deserves the credit because Humphry Davy had already earned that distinction.

Scottish obstetrician Sir Young Simpson was the first to experiment with chloroform. He observed that patients who inhaled a few breaths of the gas (a wad of cotton soaked in chloroform was placed under the nose) quickly became relaxed and calm, and were soon unconscious. His use of the drug drew no attention until, in 1838, Queen Victoria asked for Simpson and his chloroform for the birth of her seventh child.

Chloroform’s greatest use came during the American Civil War. Southern cotton was often traded in England for medicines, including chloroform, that became a staple of battlefield operating tents for Southern doctors. After the war, chloroform continued to enjoy some popularity, especially in the South, until synthetic drugs were developed in the early twentieth century.

Georgia physician Crawford Long was the first to use ether during an operation. In 1842 he removed a neck tumor from James Venable, a local judge. The operation went perfectly and the judge felt no pain. But Long never bothered to publicize his success.

Two years later Boston dentist Horace Wells took up the notion of using ether to dull operation pain. Wells mistakenly turned off the gas too soon. His patient sat up and screamed. The crowd of observing doctors scoffed and called Well’s claims for ether a hoax.

One year later (1845), Boston dentist William Morton gave ether another try. Morton’s operation went flawlessly. Only after Morton’s second successful public operation with ether, and only after he had published several articles touting the glories of ether, did doctors across America, and then Europe, turn to ether as their primary anesthetic.

However, none of these men was the first to discover modern medical anesthesia. In 1801, English scientist Humphry Davy was experimenting with gasses when he combined nitrogen and oxygen to produce nitrous oxide. Davy tested the resulting colorless gas and eventually took several deep breaths. He reported a soaring euphoria that soon passed into an uncontrollable outburst of laughter and sobbing until he passed out (it made him unconscious).

Davy named the stuff laughing gas and noted its tendency to make him unaware of pain. Davy recommended it for use as an anesthetic during medical and dental procedures. Even though doctors took no note of his discovery, Davy’s work is the first scientific identification and testing of an anesthetic.

The common phrase “biting the bullet” dates from the days before anesthetics were available on the battlefield. Biting on the soft lead of a bullet absorbed the pressure of the bite without damaging a soldier’s teeth.