Who Discovered that the Earth is shaped by erosion and geologic forces over millions of years?

In the eighteenth century scientists still believed that Earth’s surface had remained unchanged until cataclysmic events (the great flood of Noah’s ark fame was the most often sited example) radically and suddenly changed the face of our planet.

They tried to understand the planet’s surface structures by searching for those few explosive events. Attempts to study the earth, its history, its landforms, and its age based on this belief led to wildly inaccurate guesses and misinformation. 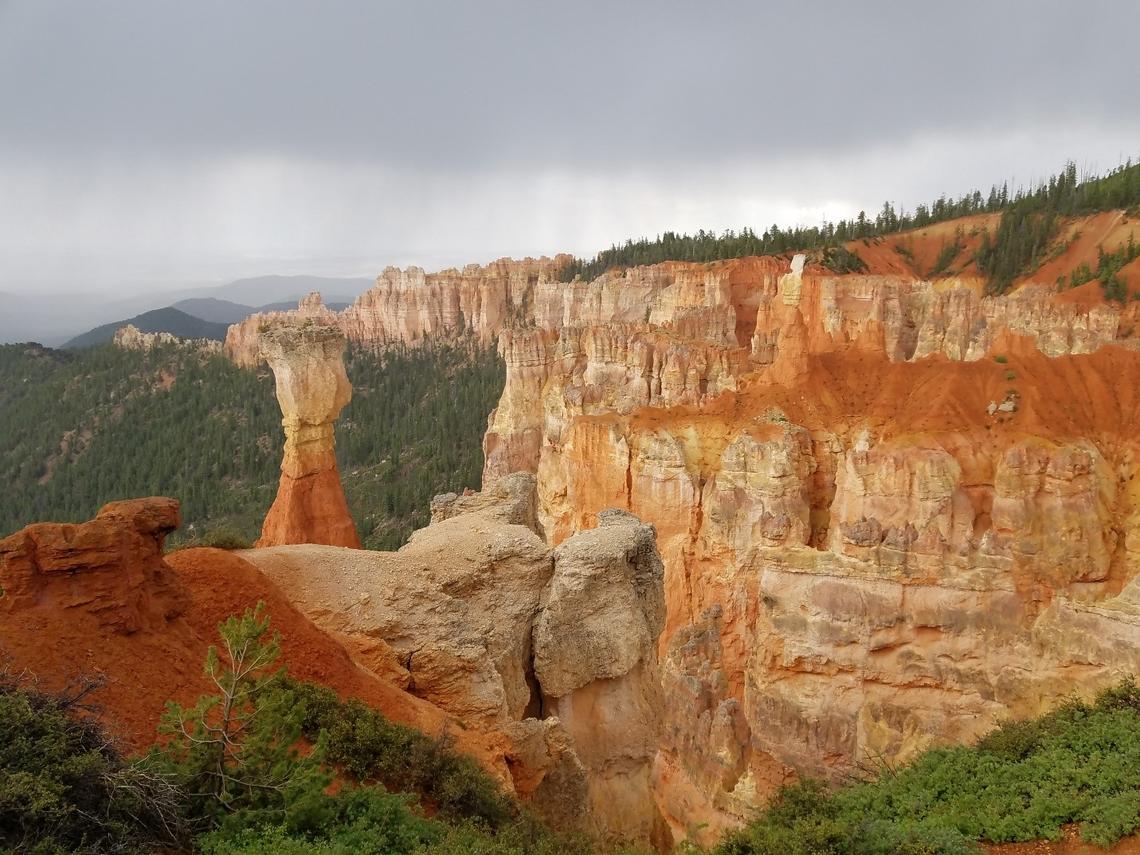 In the 1780s, 57-year-old, more-or-less retired physician and farmer (and amateur geologist) James Hutton decided to try to improve on the wild guesses about the age of the earth that had been put forth by other scientists. Hutton decided to study the rocks of his native Scotland and see if he could glean a better sense of Earth’s age by studying the earth’s rocks.

Lanky Hutton walked with long pendulum-like strides across steep, rolling green hills. Soon he realized that the existing geological theory, called catastrophism, couldn’t possibly be right. Catastrophism claimed that all of the changes in the earth’s surface were the result of sudden, violent (catastrophic) changes. (Great floods carved out valleys in hours. Great wrenchings shoved up mountains overnight.) Hutton realized that no catastrophic event could explain the rolling hills and meandering river valleys he hiked across and studied.

It was one thing to say that an existing popular theory was wrong. But it was quite another to prove that it was wrong or to suggest a replacement theory that better explained Earth’s actual surface. Hutton’s search broadened as he struggled to discover what forces actually formed the hills, mountains, valleys, and plains of Earth.

Late that summer Hutton stopped at a small stream tumbling out of a steep canyon. Without thinking, he bent down and picked up a handful of tiny pebbles and sand from the stream bed. As he sifted these tiny rocks between his fingers, he realized that these pebbles had drifted down this small stream, crashing and breaking into smaller pieces as they went. They used to sit somewhere up higher on the long ridge before him.

This stream was carrying dirt and rock from hilltop to valley floor. This stream was reshaping the entire hillside, slowly, grain by grain, day by day. Not catastrophically as geologists claimed.

The earth, Hutton realized, was shaped slowly, not overnight. Rain pounding down on hills pulled particles of dirt and rock down into streams and then down to the plains. Streams gouged out channels, gullies, and valleys bit by bit, year by year.

The wind tore at hills in the same way. The forces of nature were everywhere tearing down the earth, leveling it out. Nature did this not in a day, but over countless centuries of relentless, steady work by wind and water.

Then he stopped. If that were true, why hadn’t nature already leveled out the earth? Why weren’t the hills and mountains worn down? There must be a second force that builds up the land, just as the forces of nature tear it down.

For days James Hutton hiked and pondered. What built up the earth? It finally hit him: the heat of Earth’s core built up hills and mountains by pushing outward.

Mountain ranges were forced up by the heat of the earth. Wind and rain slowly wore them back down. With no real beginning and no end, these two great forces struggled in dynamic balance over eons, the real time scale for geologic study.

With that great discovery, James Hutton forever changed the way geologists would look at the earth and its processes, and he completely changed humankind’s sense of the scale of time required to bring about these changes.

Millions of years ago flowing water eroded the surface of Mars, leaving behind the gullies, banks, and dry riverbeds scientists have found there. Now Mar’s atmosphere is too thin to support liquid water. A cup of water on Mars would instantly vaporize and vanish, blown away by the solar winds.