Who first discovered that Dinosaurs were warm blooded, colorful, intelligent, ancient ancestors of birds and When?

The classical view of dinosaurs through the first half of the twentieth century was that they were plodding, cold-blooded monsters. Dinosaurs were also were depicted as sluggish, dull-gray, and so dumb that they weren’t capable of decent parenting. That was what expert paleontologists believed. Robert Bakker shattered those beliefs.

Robert Bakker was the first to claim that dinosaurs were warm blooded, colorful, and quick, intelligent, and agile. He also first proposed that birds were descended from dinosaurs. The images we see of dinosaurs, from Jurassic Park to science museum displays, all owe their dinosaur concepts to Robert Bakker’s discoveries. Robert Bakker completely rewrote the book on dinosaurs.

A great revelation swept over Robert Bakker one night during his sophomore year at Yale University. As he walked through the darkened museum, faint bits of light caught the dinosaur skeletons and made them appear to move through the shadowed stillness. It occurred to Robert as he studied the familiar bones that these creatures had ruled the earth for 165 million years. They couldn’t have been stupid, cold-blooded and sluggish. Intelligent mammals were around. They would have taken over unless the dinosaurs kept winning because they were fundamentally better. 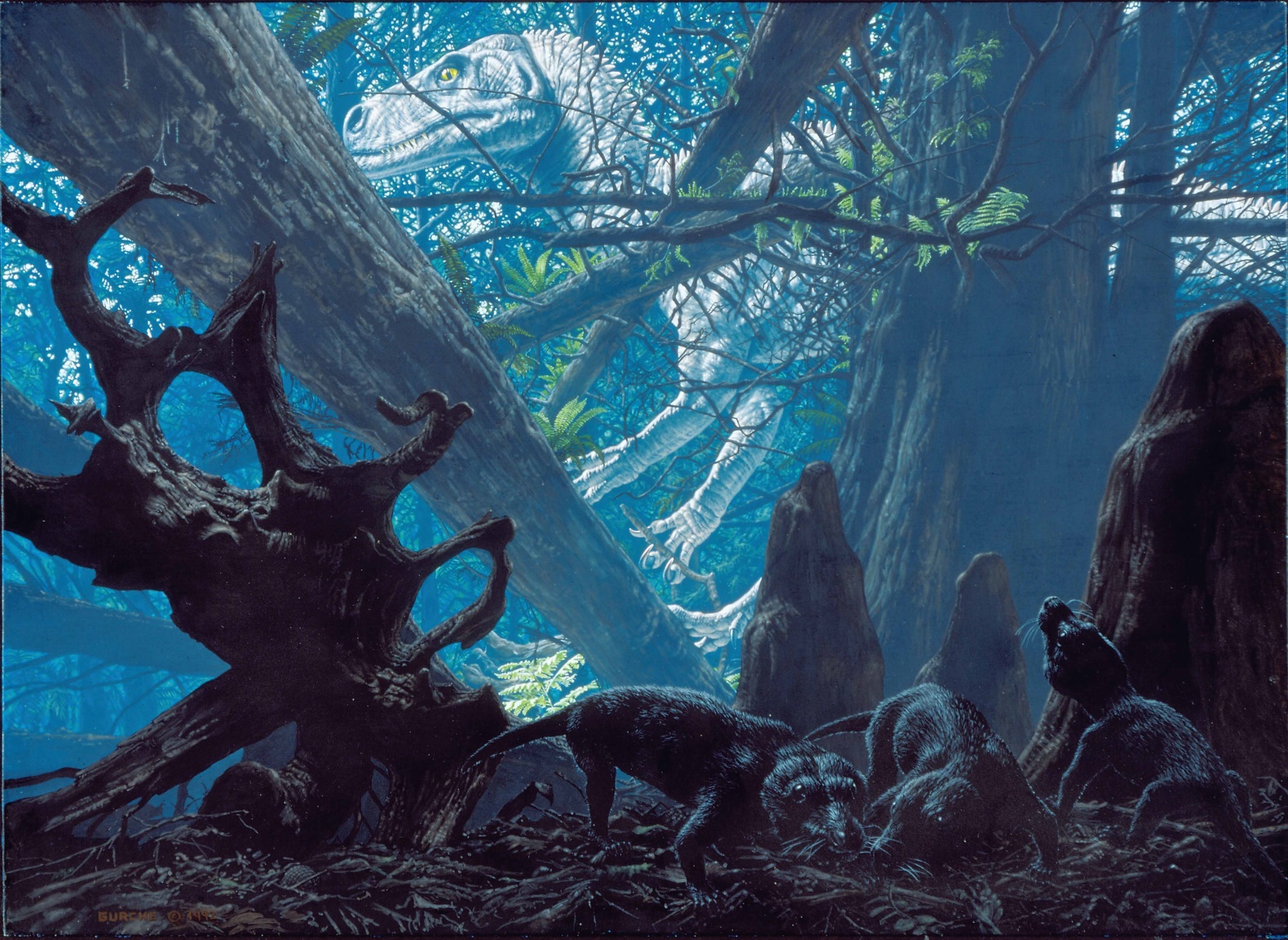 Robert Bakker set out, all alone, to prove that the prevailing view of dinosaurs was completely wrong. Bakker turned to four sources of information to develop his case: comparative anatomy (comparing the size and shape of similar parts of different species), latitudinal zonation (where the animals live), the cumulative fossil record (all previously collected dinosaur bones and skeletons), and ecology (relationship of a species to its environment).

For three years Bakker exhaustively studied the bones of mammals and found that they, as were dinosaur bones, were rich in blood vessels and lacked growth rings, just the opposite of cold-blooded reptiles. He found that Cretaceous dinosaurs thrived in northern Canada where cold-blooded reptiles could not have survived. Finally he studied African and North American ecosystems and found that warm-blooded predators eat six to eight times as much per pound of body weight as do reptile predators. By studying the fossil record, Bakker found that the ratio of predators to herbivores in dinosaur ecosystems matched what would be expected of a warm-blooded ecosystem.

Dinosaurs had to have been warm-blooded. Their bones, relative numbers, and locations proved it.

He studied the legs of zoo animals, comparing leg structure to how they moved. Did a chicken’s leg bend differently than a zebra’s? How did those differences relate to the different activity of each animal? How did form dictate function for each animal, and how did function dictate form? What did the shape of a dinosaur’s joints and the size of its bones say about how it must have moved and functioned? He tried to account for this motion and the implied probable muscle masses to control and move each bone in his drawings.

He compared leg bone size, shape, and density for hundreds of modern animals with those of dinosaurs. He found that dinosaur leg bones closely matched the bone structure of running mammals, not those who sprint for 10 seconds when alarmed, but those who regularly run for 20 minutes.
Dinosaurs were runners. Their structure proved it. That also meant that they were agile. No sluggish, clumsy oaf would be a natural runner.
Bakker again turned to the fossil record and found that very few baby and juvenile dinosaur skeletons had been discovered. This meant that few died, which in turn meant that parent dinosaurs had to have been very successful at protecting, sheltering, and feeding their young. Dinosaurs were good parents.

The old myths were shattered. Bakker published his findings while still a graduate student at Harvard. But it took another 20 years of intense data collection and analysis for the tide of belief to turn in Bakker’s direction. Even after Bakker’s discoveries revolutionized science’s views of dinosaurs, he was still viewed with suspicion as an untrustworthy radical.

Giant Brontosaurus became the most popular of all dinosaurs in the late nineteenth and early twentieth centuries. Its name means “thunder lizard.” By 1970 some scientists claimed that “Brontosaurus” should not be used since it referred to three different species: Apatosaurus, Brachiosaurus, and Camarasaurus. The argument continues, though it’s been 80 million years since any of the three thundered across the earth.