Who discovered the fundamental principles of Levers and Buoyancy in physics and engineering?

The concepts of buoyancy (water pushes up on an object with a force equal to the weight of water that the object displaces) and of levers (a force pushing down on one side of a lever creates a lifting force on the other side that is proportional to the lengths of the two sides of the lever) lie at the foundation of all quantitative science and engineering.

They represent humanity’s earliest breakthroughs in understanding the relationships in the physical world around us and in devising mathematical ways to describe the physical phenomena of the world. Countless engineering and scientific advances have depended on those two discoveries.

In 260 B.C. 26-year-old Archimedes studied the two known sciences, astronomy and geometry, in Syracuse, Sicily. One day Archimedes was distracted by four boys playing on the beach with a driftwood plank. They balanced the board over a waist-high rock. One boy straddled one end while his three friends jumped hard onto the other. The lone boy was tossed into the air. 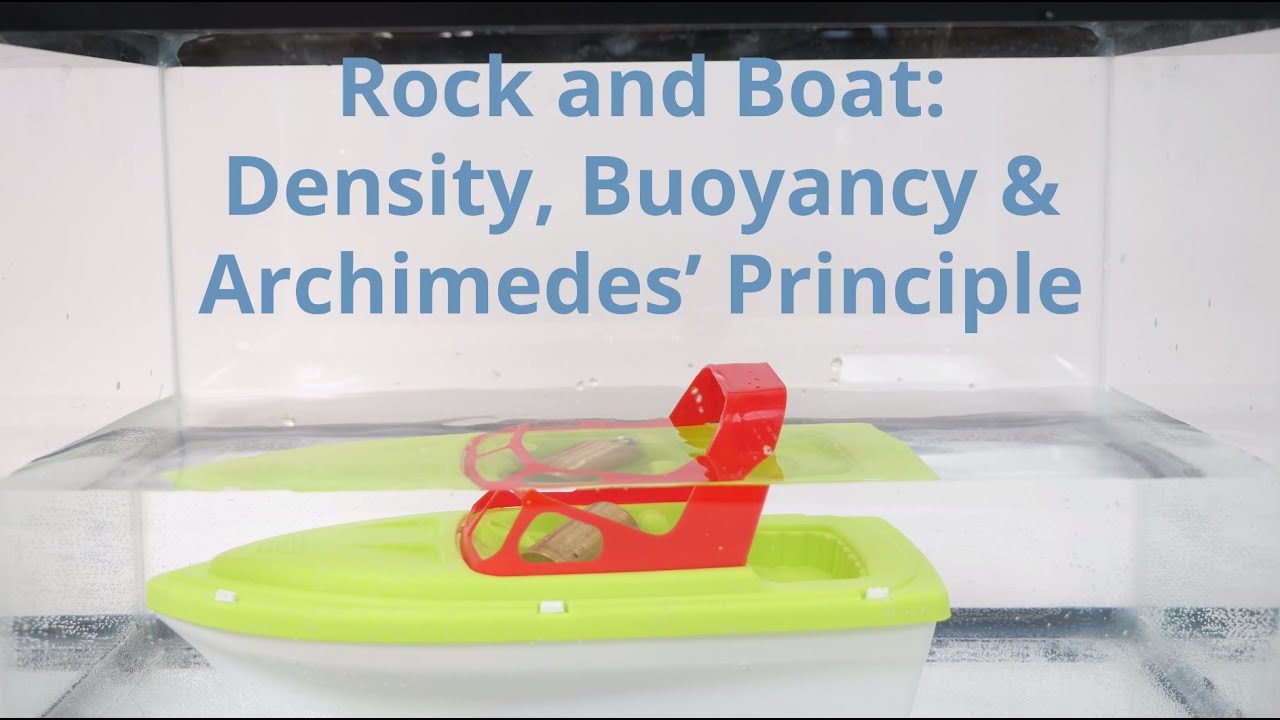 The boys slid the board off-center along their balancing rock so that only one-quarter of it remained on the short side. Three of the boys climbed onto the short, top end. The fourth boy bounded onto the rising long end, crashing it back down to the sand and catapulting his three friends into the air.

Archimedes was fascinated. And he determined to understand the principles that so easily allowed a small weight (one boy) to lift a large weight (three boys).

Archimedes used a strip of wood and small wooden blocks to model the boys and their driftwood. He made a triangular block to model their rock. By measuring as he balanced different combinations of weights on each end of the lever (lever came from the Latin word meaning “to lift”), Archimedes realized that levers were an example of one of Euclid’s proportions at work. The force (weight) pushing down on each side of the lever had to be proportional to the lengths of board on each side of the balance point. He had discovered the mathematical concept of levers, the most common and basic lifting system ever devised.

Fifteen years later, in 245 B.C., Archimedes was ordered by King Hieron to find out whether a goldsmith had cheated the king. Hieron had given the smith a weight of gold and asked him to fashion a solid-gold crown. Even though the crown weighed exactly the same as the original gold, the king suspected that the goldsmith had wrapped a thin layer of gold around some other, cheaper metal inside. Archimedes was ordered to discover whether the crown was solid gold without damaging the crown itself.

It seemed like an impossible task. In a public bathhouse Archimedes noticed his arm floating on the water’s surface. A vague idea began to form in his mind. He pulled his arm completely under the surface. Then he relaxed and it floated back up.

He lay down. The water rose higher, and he realized that he felt lighter. He stood up. The water level fell and he felt heavier. Water had to be pushing up on his submerged body to make it feel lighter.

He carried a stone and a block of wood of about the same size into the tub and submerged them both. The stone sank, but felt lighter. He had to push the wood down to submerge it. That meant that water pushed up with a force related to the amount of water displaced by the object (the object’s size) rather than to the object’s weight. How heavy the object felt in the water had to relate to the object’s density (how much each unit volume of it weighed).

That showed Archimedes how to answer the king’s question. He returned to the king. The key was density. If the crown was made of some other metal than gold, it could weigh the same but would have a different density and thus occupy a different volume.

The crown and an equal weight of gold were dunked into a bowl of water. The crown displaced more water and was thus shown to be a fake.

More important, Archimedes discovered the principle of buoyancy: Water pushes up on objects with a force equal to the amount of water the objects displace.

When Archimedes discovered the concept of buoyancy, he leapt form the bath and shouted the word he made famous: “Eureka.” which means “I found it.” That word became the motto of the state of California after the first gold rush miners shouted that they had found gold.