Who Made the First Pottery?

In 5000 B.C., primitive people in Egypt and the Near East began making pottery to use as simple household utensils. They shaped clay cups by hand and baked them in the sun.

Molds gave pots another shape; clay was smoothed inside a reed basket or a coarsely woven sack. The mold burned off as the pot was baked. Long strips of clay, coiled in a circle, layer upon layer, formed a pot in the coil method.

Pottery making spread around the ancient world, and in China in 1500 B.C., the potter’s wheel was invented. This gave potters a working surface that turned, making it possible for them to form even, smooth pots in finer shapes. Everything from large plates to tiny cups could be shaped on the potter’s wheel. 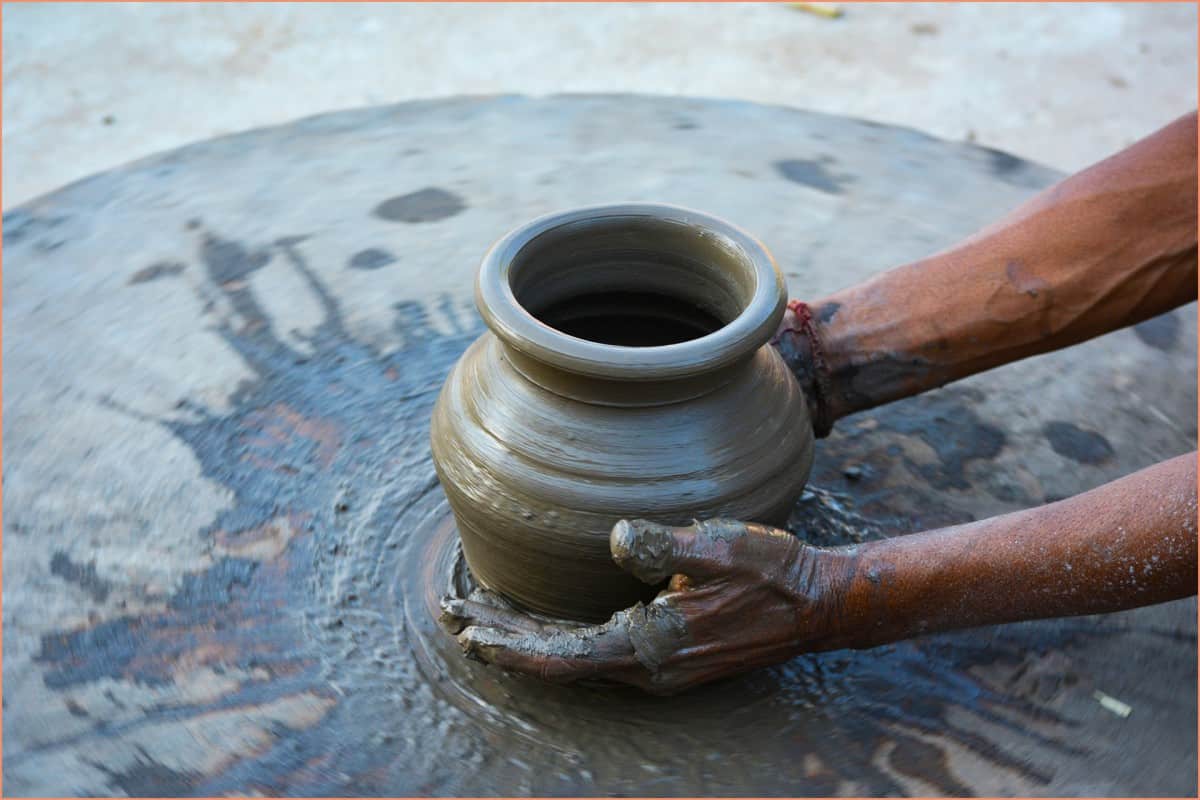 These techniques, used by primitive people, are similar to the techniques used to make pottery today.

One kind of pottery, called porcelain, is so thin and delicate that light can shine through it!