Who was Hiawatha and How did Hiawatha spread the Peacemaker’s message to the Iroquois tribes?

According to Iroquois legend, Hiawatha was an Onondaga man who refused to take revenge on those who murdered his wife and children.

He instead looked for comfort in the words of a prophet the Iroquois now call the Peacemaker. The Peacemaker instructed Hiawatha in the Great Law, a set of rules for settling disputes without violence.

Hiawatha traveled through the Iroquois tribes spreading the Peacemaker’s message. The Mohawk, Cayuga, Oneida, and Seneca agreed to live in peace, but the Onondaga refused. 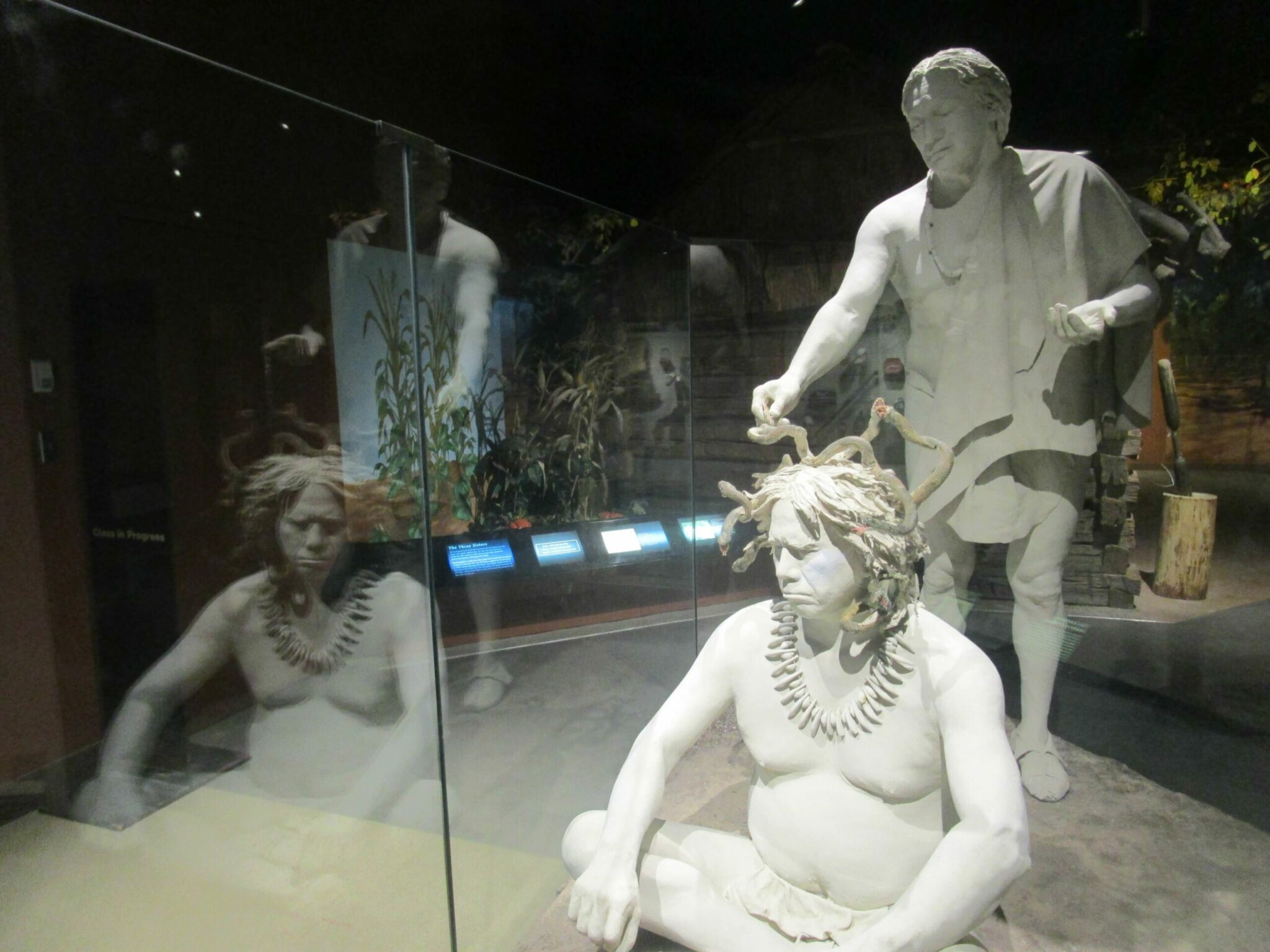 This tribe was under the influence of a powerful leader named Thadodaho. Hiawatha soothed Thadodaho’s evil nature by combing out the snakes that grew wildly from his head like hair. Hiawatha then persuaded Thadodaho to support the confederacy by making the Onondaga the Keepers of the Central Fire. Around this fire, the leaders from each tribe were to come together every year to confirm their allegiance to one another.

In 1855 Henry Wadsworth Longfellow wrote a famous poem titled “The Song of Hiawatha.”

His Hiawatha, however, was not the great Iroquois leader, but a fictional character based on the legendary Algonquian hero Nanbozho. Longfellow confused the two because he used inaccurate research compiled by non-Indians.