After serving nine years in the U.S. Air Force, James Meredith returned to his home state of Mississippi in 1960 and applied for admission to the University of Mississippi, the all-white university of the most racist state in the country.

But Meredith was determined to attend, because of “a personal responsibility to change the status of my group.” With his application, he enclosed a note informing the university that he was black. In response, he received a telegram advising him that applications received after January 25, 1961, were not being considered.

Unable to convince the admissions officers to look at his application, Meredith filed a class action lawsuit charging that the rejection was based on his race. Constance Baker Motley, an attorney with the NAACP Legal Defense Fund, handled the suit. 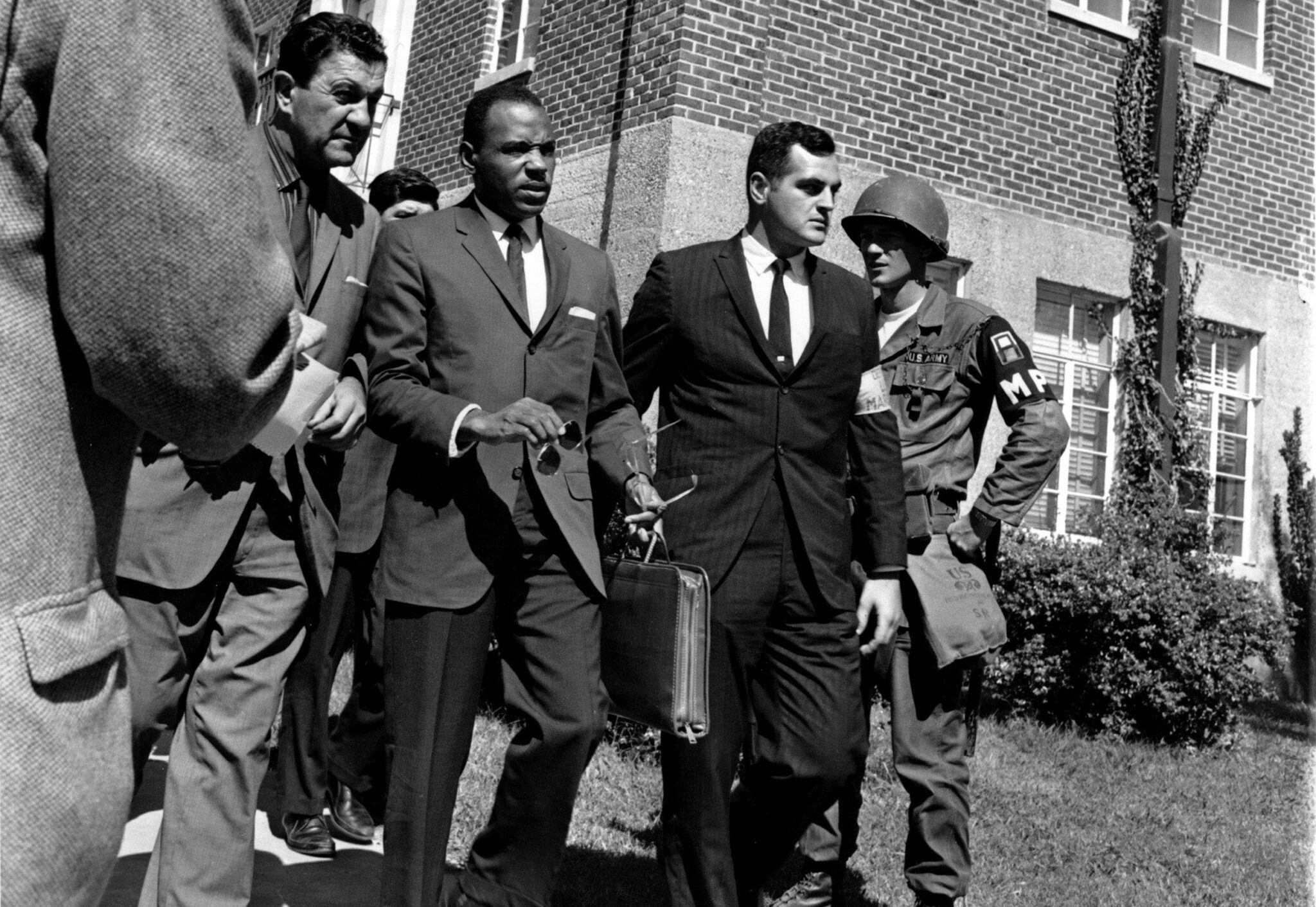 In September 1962, the U.S. Supreme Court ruled that Meredith should enter “Ole Miss.” President Kennedy issued a proclamation that Meredith’s entry not be blocked. The president also issued an executive order directing the secretary of defense to take steps to enforce the federal court’s rulings.

By the night of Sunday, September 30, 1962, tension had mounted throughout the state. A large mob of angry whites, assuming that Meredith was inside, attacked the university’s administration building with rocks, guns, and incendiary bombs and slashed the tires of the army trucks. Against these weapons, several hundred federal marshals, under orders not to use firearms, fought a losing battle employing only tear gas and nightsticks.

By the time it was over, a French reporter and a local repairman had been killed, and 160 marshals were injured. By dawn, armed federal troops arrived, and the campus grew quiet. That day, James Meredith registered, escorted by the chief U.S. marshal. When he went to his first class he was accompanied by U.S. marshals as well.

Up to 20,000 troops were at one time stationed in and around the university, and their presence was still felt the next August when Meredith graduated in a peaceful ceremony.