The medical profession was not always as scientific as it is today.

In the early nineteenth century, barbers performed surgery, the red and white poles outside their buildings stood for blood and bandages.

In the case of a dog bite, the village blacksmith was the source of treatment. He would plunge his red-hot iron into the wound. 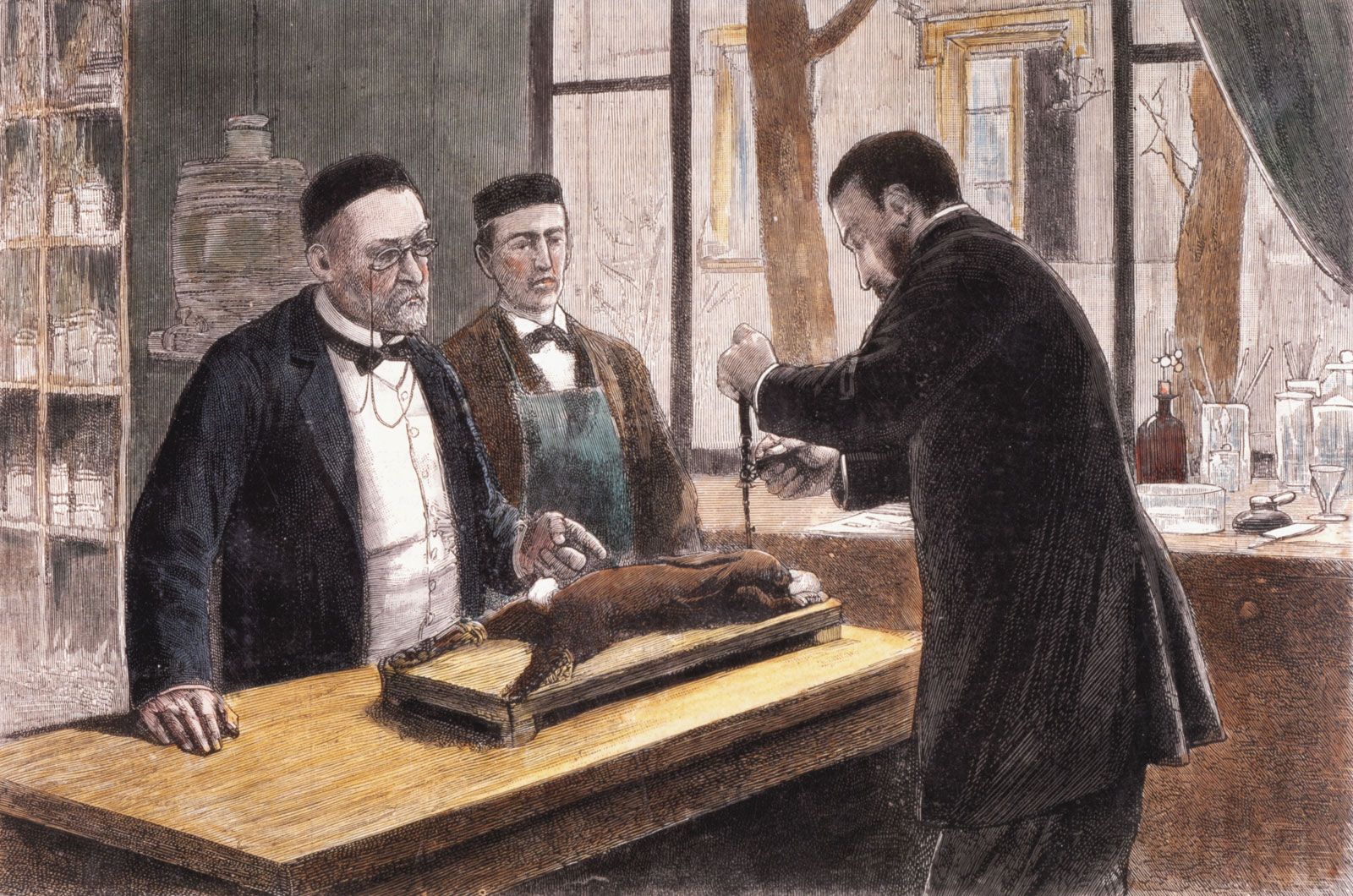 There were two problems holding back the medical profession at that time.

Even though the Dutch inventor Leeuwenhoek had discovered germs under his microscope in the late seventeenth century, no one had yet discovered the connection between germs and disease.

The other problem was that the theory of spontaneous generation, which held that microscopic beings formed spontaneously from surrounding matter by some unknown force, was still widely accepted.

Germs were clearly not understood, but because of the work of a French chemist, that was about to change.

Louis Pasteur was born in Dole, France, in 1822. He was a mediocre student, but he loved chemistry.

After receiving his doctorate from the Ecole Normale in Paris, he conducted valuable research into the chemical structure of crystals.

Pasteur was a great humanitarian, however, he wanted his work to help people.

In 1854, he started studying fermentation, the chemical change that turns grapes into wine. His findings would not only save the French wine industry, but would create a new field of biology and save countless lives.

Louis Pasteur became a hero of France for his work improving the French beer and dairy industries.

His scientific discoveries such as pasteurization have helped save millions of lives around the world as well.

Louis Pasteur created the first vaccine for rabies and anthrax, and discovered the molecular basis for the asymmetry of certain crystals.