Why Are Instant Read Thermometers So Slow To Tell Me the Food’s Temperature?

There are two types of so-called instant-read thermometers: the dial-type and the digital readout type. But do they really give you the temperature reading in an instant? Don’t you wish!

These reputed speed demons can take anywhere from 10 to 30 seconds to climb up to their highest readings, which are, of course, the numbers you need to see. Withdraw one from the food before it has reached that maximum reading and you’ll be underestimating the temperature.

Certainly, you’re in a hurry to get the reading. You don’t want to stand there with your hand in the oven until a dawdling thermometer decides to reveal your roast’s actual internal temperature. But the sad truth is that no thermometer can register the temperature of a food until it itself, the thermometer, or at least its probe, has reached the temperature of the food into which it has been thrust. 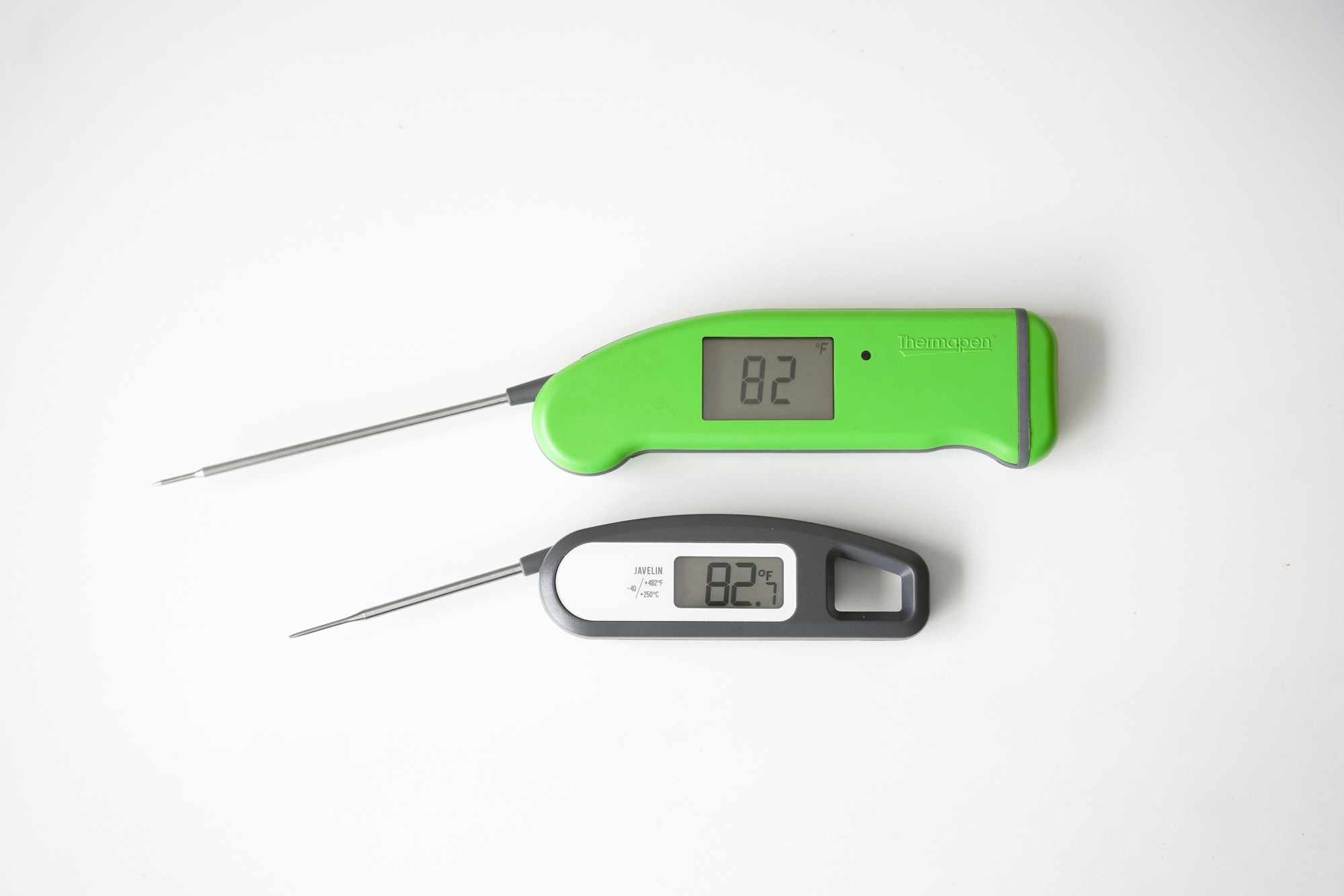 In fact, you might say that the only thing a thermometer can do is tell you its own temperature. There is little you can do about the time it takes for the thermometer to heat up to the temperature of the food, except to choose a digital, rather than a dial, thermometer because, as I’ll explain below, digitals generally read faster than dials.

What you can do something about is knowing exactly where in the food you are measuring the temperature. The two types of “instant reading” thermometers differ substantially in this respect.

Dial types sense the temperature by means of a bimetallic coil in the stem: a coil made of two different metals bonded together. Because the two metals expand at different rates when heated, heat makes the coil twist, which in turn twists a pointer on a dial.

Unfortunately, the temperature-sensing coil is usually more than an inch long, so you’re actually measuring the temperature averaged over a substantial region of the food. But you often need to be able to measure a highly localized temperature. Inside a roasting turkey, for example, the temperature varies quite a bit from place to place, but to test for doneness you need to know the specific temperature in the thickest part of the thigh.

A digital thermometer, on the other hand, measures the temperature at a more precise spot in the food. It contains a tiny, battery-operated semiconductor whose electrical resistance varies with temperature. (Techspeak: a thermistor.)

A computer chip converts the resistance into electrical signals that operate the numerical display. Because the tiny thermistor is down in the tip of the probe, a digital thermometer is especially good for monitoring a grilled steak or chop, for example, where you need to know the temperature in dead center.

The other advantage of the digitals is that because their thermistors are so small, they acquire the food’s temperature quickly. That’s why they usually give you a faster reading than the dial types.