Why Do We Have Different Measuring Cups For Wet and Dry Ingredients When Cooking?

That depends on what your definition of “is” is.

A cup is indeed a cup throughout the land: eight U.S. fluid ounces, whether wet or dry. But you may be wondering: If a fluid ounce is a measure of fluids, how come we use it also to measure flour and other dry solids? And what’s the difference between an ounce of volume and an ounce of weight?

The confusion stems from our antiquated American system of measurements. Here’s what we were supposed to have learned in school (pay attention now, and follow the bouncing ounce): 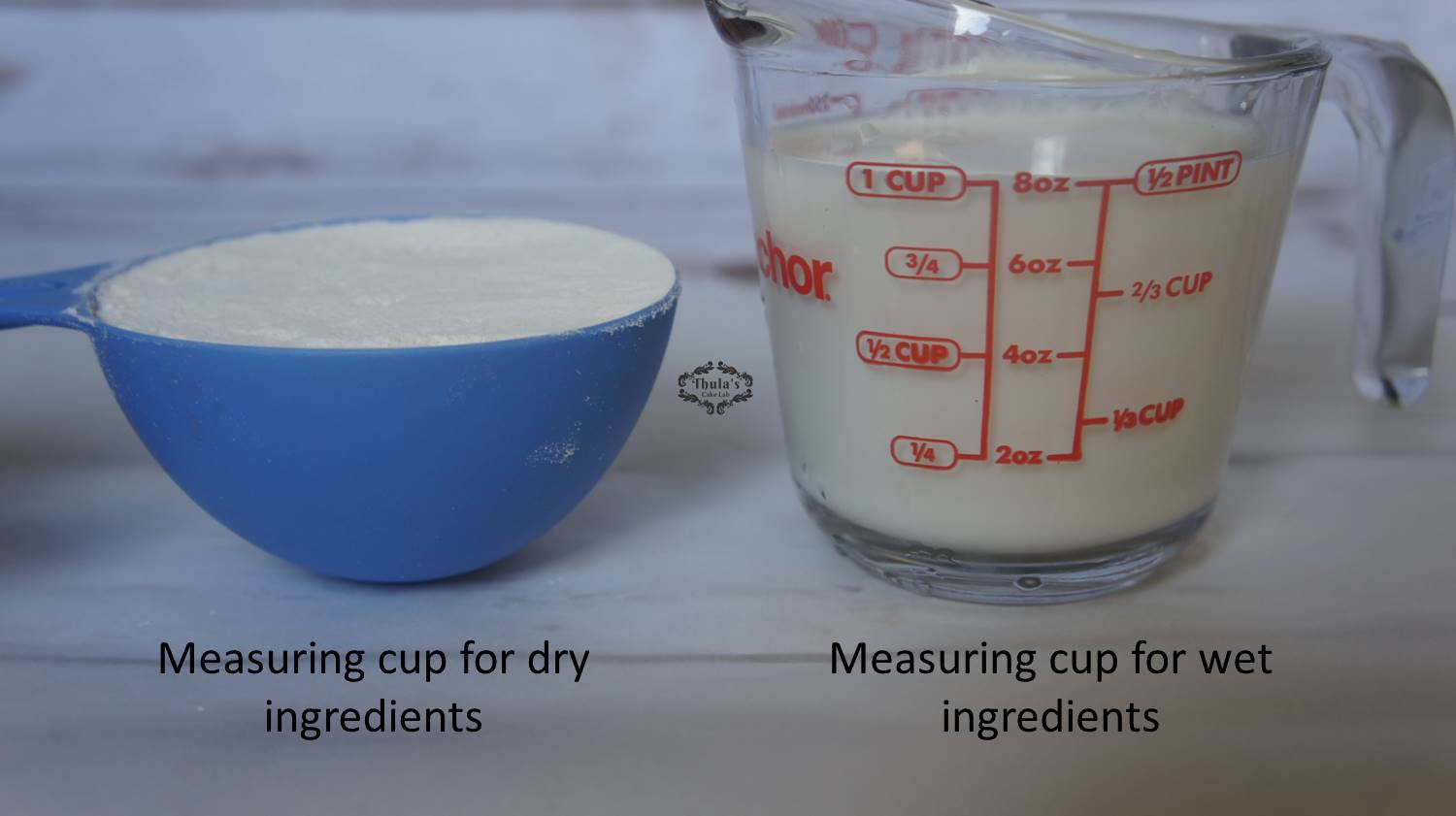 Now if that isn’t an argument for the International System of Measurement, known throughout the world as the SI, for Système International in French and to us as the Metric System, I don’t know what is. In the SI, weight is always in kilograms and volume is always in liters. In the entire world, the United States is the only nation still using what used to be called the British system of measurement until even the British abandoned it and went metric.

They certainly are. We’d really be in trouble if that weren’t the case. But we still need a set of glass measurers for liquids and a separate set of metal measurers for solids.

Try to measure out a cup of sugar in a two-cup glass measurer and you’ll have a tough time judging exactly when the sugar reaches the one-cup mark, because the sugar’s surface isn’t completely level. But even after you tap it on the counter to flatten it out and adjust it exactly to the mark, you won’t have the amount of sugar that the recipe intended. That’s because the recipe tester used a metal, one-cup “dry” measurer, filled flat to the brim. And believe it or not, that gives you a different amount of sugar than if you measured it out in a glass measurer.

Try it. Measure out exactly one cup of sugar by slightly overfilling a one-cup metal measurer and scraping off the excess with a straight edge, such as the back of a large chef’s knife. Now pour the sugar into a two-cup glass measurer and jiggle it until the sugar’s surface is flat. Betcha it doesn’t come fully up to the one-cup line.

Could that be due to inaccuracies in the measuring cups themselves? Not unless you’re using a flea-market special, with lines that look as if they were hand-painted in kindergarten; reputable kitchenware manufacturers are pretty careful about the accuracy of their products. No, the answer lies in a fundamental difference between liquids and granulated solids such as sugar, salt, and flour.

When you pour a liquid into a container it flows down into every crevice, leaving no spaces, not even microscopic ones. But a granulated solid can settle unpredictably, depending on the shape and size of the grains and of the container.

Generally, when poured into a wide container, the grains get a chance to spread out more and fill in the spaces beneath them, so they settle down more compactly than if they were stacked up in a narrow container. And because they are settled more densely, they occupy less volume. The same weight of sugar will therefore actually occupy less volume in a wide container than in a narrow one.

Back to the kitchen and to your measuring cups. Dollars to doughnuts you’ll find that at the same capacity level, the diameter of your glass measuring cup is substantially wider than the mouth of your metal one. Therefore, sugar and especially flour, which is notorious for its erratic settling, will occupy less volume in the glass measurer. If you use a glass measurer for your dry ingredients, you’ll be adding more than the recipe intended.

To nail this down, I tested the opposite effect: I poured a leveled metal measuring cup of sugar into a tall, narrow measuring vessel, a chemist’s graduated cylinder. As I expected, it filled the cylinder quite a bit higher than the eight-ounce (237-milliliter) mark.

Modern glass measuring utensils are, unfortunately, even wider than their predecessors, probably because people today want to heat milk or other liquids in them in their microwave ovens, and those liquids won’t froth or boil over as easily in a wide container.

So today’s liquid measurers are particularly poor for measuring dry ingredients. But there’s a problem even when measuring liquids in them. In a wide container, a small error in the filling height can make a relatively large error in the volume. Those big, widemouthed glass measurers are therefore not as precise in use as the older, narrower ones. If you still have one of the oldies, cherish it.

And then there’s the problem of measuring out teaspoons and tablespoons of liquids. Have you noticed how surface tension makes the liquid bulge up above the rim of the measuring spoon? How accurate can that possibly be? Those spoons were made for solids, not liquids.

The perfect solution to all these problems, I’ve found, is the aptly named Perfect Beaker, made by EMSA Design of Frieling USA. It’s calibrated in every kind of liquid measurement you could want: ounces, milliliters, teaspoons, tablespoons, cups, and pints, including fractions thereof.

This single measuring device is all you need, from one ounce to one pint. Its ice-cream-cone shape ensures that smaller amounts of material are automatically measured in a narrower container, producing the highest accuracy in reading. You can also use it to convert from one unit to another, which will come in handy at the beginning of the next millennium when, judging by progress thus far, the U.S. will finally be coming around to using the Metric System. Just find your American amount on the scale and read its metric equivalent at the same level.

(Or am I being too pessimistic? After all, it’s been only twenty-seven years since Congress passed a law requiring metric conversion, and already Coke and Pepsi come in two-liter bottles.)

The ultimate answer to accuracy and reproducibility in the kitchen is quite simple, but except for professional bakers and other chefs, we Americans just won’t do it: Instead of measuring solid ingredients by volume, such as by tablespoons and cups, weigh them; that’s what most cooks in the rest of the world do.

In metric units, for example, one hundred grams of sugar is always the same amount of sugar, no matter whether it’s granulated or powdered or what kind of container you put it in. For liquids, there’s only one metric unit: the milliliter or its multiple, the liter (one thousand milliliters). No cups, pints, quarts, or gallons to fuss with.

Quick: How many cups in half a gallon?

See what I mean?