Why do I confess to crimes I didn’t commit and how can I stop myself from doing it again?

This is actually a more common OCD experience than people would think:

You saw a story on the news about a hit-and-run accident in the town next to yours. You called the police to tell them you might have done it, and they came to your house and questioned you. When you told them you were not sure if you had driven that day, and then they saw that your car did not match the description given by witnesses, they yelled at you and threatened to take you to jail for making a false complaint. Why did you make that call, and how can you stop yourself from doing it again?

Many times, people with OCD who have a fear of harming people will drive around a block several times if they hit a bump as a way to be sure that they have not hit anyone. They will often drive very slowly looking for the body, or they will drive over the bump again and again to see if they hear the same sound as they did the first time. If it was a different sound, then they will search even harder for the body, thinking that they really did hit someone. 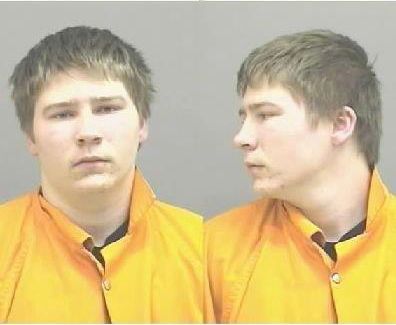 Individuals with this fear may perform several different behaviors. Some will listen to the news intently every day to try to find out if they may have hit someone, whereas others may try to avoid the news as much as possible so that they do not have to deal with the possibility that they may have harmed someone. And some will go so far as to call the police to turn themselves in for something that they did not do, but that they fear they might have done, despite all evidence to the contrary.

This type of OCD may be fueled by guilt. Of course, their OCD will ensure that these people make all attempts, reasonable and unreasonable, to avoid harming someone, but the OCD can also take the form of demanding punishment for possibly harming someone. So, OCD may influence people to rarely drive or to do so only when it is absolutely necessary, such as going to work. But if something happens while they are driving, even a small thing, such as hitting a bump or getting a speeding ticket, then the OCD may lead to many guilt-laden thoughts that will torment them until they are punished for their transgressions through a ritual, such as confessing to a crime they couldn’t have committed.

However, because your OCD has picked this as the thing to fear the most, the odds really do not matter. Therefore, you need to purposely expose yourself to driving.

You can work with a therapist who will drive with you and start driving in wide-open spaces. You can drive, hit potholes, and get used to not checking in your mirrors for bodies (many therapists will have you turn your mirrors to face the ground so that you cannot use them).

Then a therapist can have you drive by him or her slowly, to see what it is like to pass by someone. The therapist might even throw things at your car, such as a pillow, so that you can see that you would be able to tell if something were to bounce off of your vehicle.

Finally, you can move up to driving through regular streets and eventually next to parks or other places where there are a lot of people. This slow exposure will probably be very helpful in getting you back out driving again.