Why Do Jellyfish Sting?

However, it is these tentacles that make them so dangerous, for on them are stinging cells called nematocysts. When the umbrella-like jellyfish moves through the water, its tentacles drift along behind it. Jellyfish do not attack their prey rapidly like sharks and other fish. They might slowly propel themselves along, but usually they lie in wait for sea creatures to come to them. Whatever living thing they touch, they sting.

All of the 200 varieties of jellyfish have stinging ability, which they use to paralyze the prey that comes within touch of their tentacles. The poison from the nematocysts of the jellyfish varies with the species. Some stings are very harmful to humans, while others will merely cause skin irritation.

Jellyfish are among the most dangerous creatures of the ocean. It is hard to realize this from their looks, for they appear to be nothing more than near-transparent blobs with long, dangling tentacles. 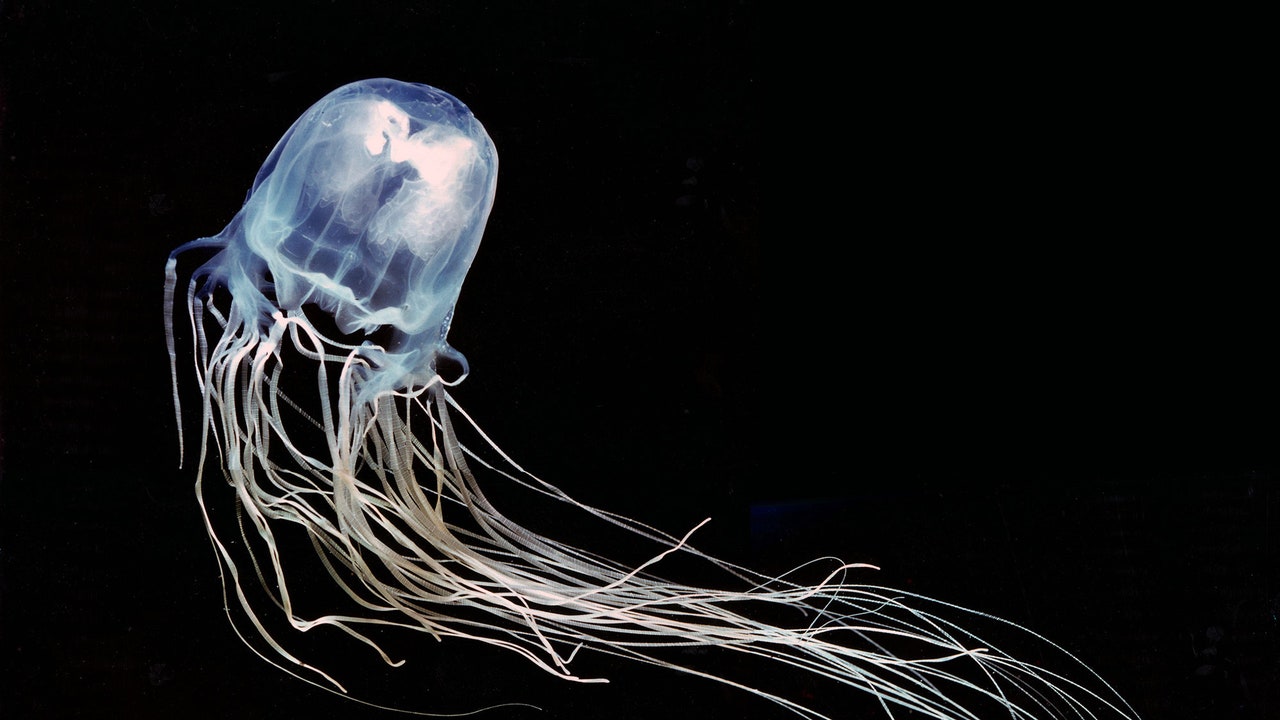 The deadliest jellyfish, the sea wasp, has a poison which can kill a person in 20 minutes by paralyzing the heart!