Why do Kids pick up so many Germs, Microbes, Bacteria, and Viruses?

Kids are unquestionably messy, and the younger they are the messier they seem to be.

Growing up involves an incessant series of encounters with germs of all kinds. Babies begin by fouling themselves with germ-laden feces, then as soon as they’re able to they start putting everything they can lift into their mouths.

Next they get repeated infections, runny noses, ear infections, fevers, rashes, you name it. And just when you get past this, they become preadolescents and teenagers who for obscure reasons won’t bathe as often as you’d like them to, or, alternatively, bathe so much that you’re surprised they haven’t washed their skin right off. 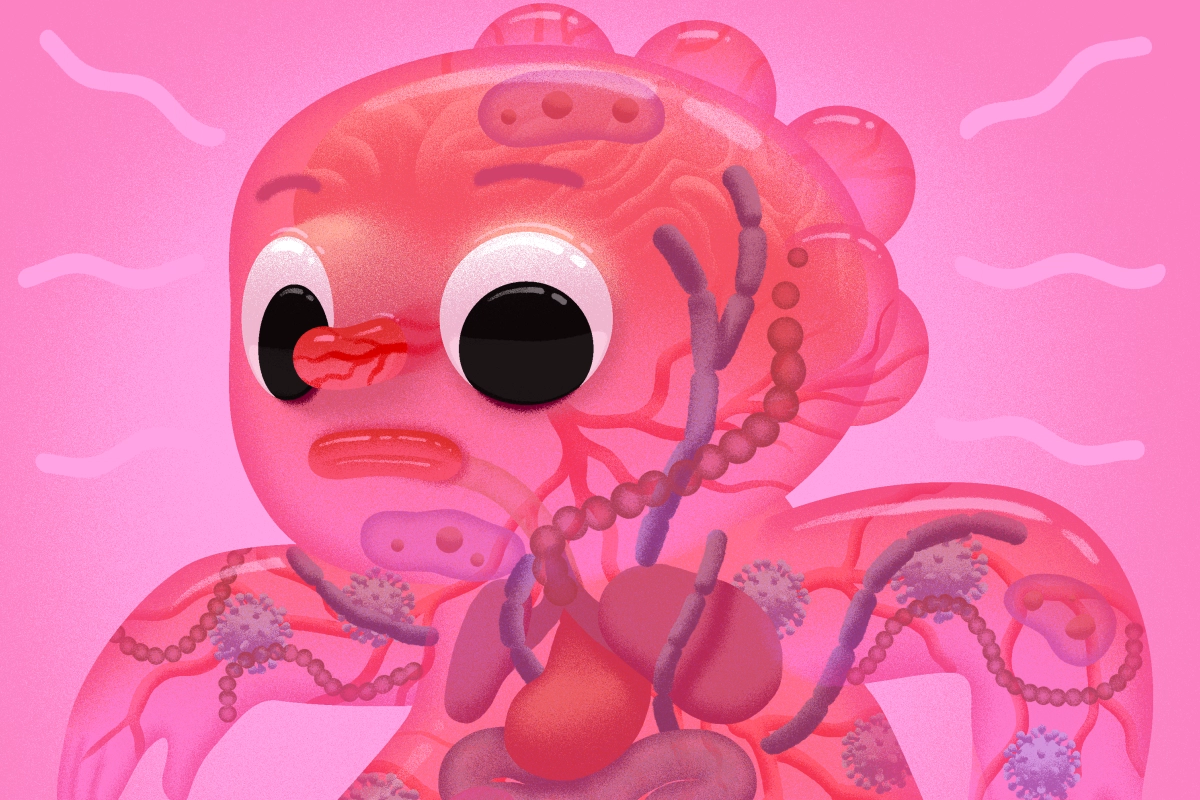 Then they go off to college and are exposed to diseases you don’t even want to talk about. How do they manage to survive the onslaught?

At least in well-off industrialized countries, most kids flourish despite their constant exposure to pathogenic microbes and their dubious personal hygiene habits. Since parents’ everyday attempts to protect their children from germs are largely ineffective, try explaining to a two-year-old why he shouldn’t put dirty toys into his mouth, there must be something else at work here.