Why Do Mountaintops Stay Covered With Snow All Year Round?

Obviously, because it’s always colder up there.

But why is it always colder up in the mountains than down at the seashore? After all, doesn’t hot air rise? Shouldn’t it therefore be hotter up there? There’s certainly plenty of hot air in equatorial Tanzania, but Kilimanjaro, which thrusts its peak 19, 340 feet (5,895 meters) into the tropical atmosphere, is always capped with snow.

It all starts with the sun. And what doesn’t? With the sole exception of nuclear energy, the sun is the source of all the heat and all other forms of energy on Earth. 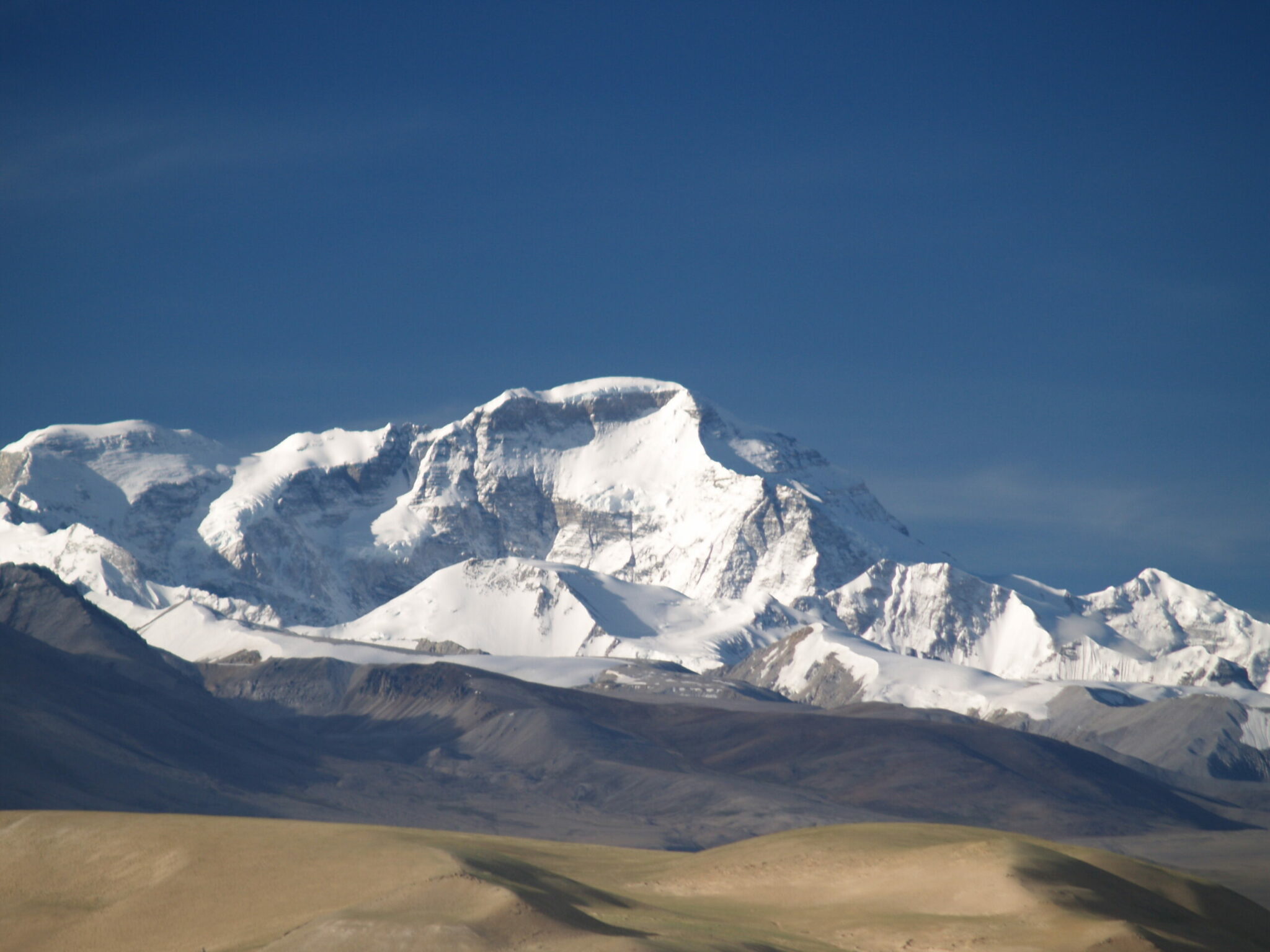 As the sun shines down on Earth, its light passes quite transparently through the atmosphere, as you must have concluded from the fact that you can see the sun. Not much happens to the light until it strikes the planet’s surface. Then, the various types of surfaces, oceans, forests, deserts, car roofs, George Hamilton, absorb the sunlight and are warmed (and in some cases tanned) by it.

This makes the entire surface of Earth a giant, warm radiator, and anything nearby, such as the air above it, will also be warmed, just as you are warmed when you stand near the radiator in an old house. (A radiator, not surprisingly, is something that radiates heat radiation..)

It stands to reason, then, that the closer you are to the heat-radiating surface of Earth, the more heat you will be getting from it, just as if you were standing closer to a house’s radiator. So the air nearest Earth’s surface is warmed the most, and the higher you go away from it, the colder the air will be, cold enough above about 10,000 feet (3,000 meters) that all precipitation will be in the form of snow and it will almost never melt.

(A lesser reason why it’s cold in the mountains is that as air masses sweep up the mountainside, they expand because of the lower atmospheric pressure, and when gases expand they get cooler.)

Exactly how does Earth’s surface, once warmed by the sun, transmit its heat to the air above it? Mostly by radiation,  the same way a radiator warms you. But radiation isn’t the only way that heat can be transmitted from a warm substance to a cooler one. It can also move by conduction and by convection. Let’s take a quick look at each mechanism.

Conduction: When you grab a hot frying pan handle (DO NOT TRY THIS AT HOME!), the heat travels into your hand by conduction. The heat energy is being conducted, or transmitted, by direct molecule-to-molecule contact. Hot frying pan molecules knock up against your skin molecules and pass their heat energy directly to them. Yelping and releasing your grip breaks this molecule-to-molecule contact. (Actually, the yelp doesn’t accomplish much.) Unfortunately, the heat will already be in your skin, continuing to do its damage and replacing your yelp with a more leisurely string of expletives.

(Tip: That heat will stay in your skin, continuing to hurt for a much longer time than you might expect, because flesh is a poor conductor of heat. For a minor burn, get that heat out as quickly as possible by holding it under the cold water faucet.)

Convection: When you open your oven door quickly to peek in at your turkey and you feel a blast of hot air on your face, it’s the air that is carrying the heat to you. That’s convection: heat being carried on the wings of a moving fluid, such as air or water. In this case, the heat is moving by hitchhiking on the air. When hot air rises, the heat is moving upward by convection. So-called convection ovens are ordinary ovens with fans in them that circulate the hot air around, which speeds up the cooking.

Radiation: The next time you’re in a blacksmith’s shop (okay, so imagine it) notice that you can feel the heat of his red-hot furnace on your face clear across the room. You’re not touching anything hot, so it’s not conduction. And there’s no moving air, so it’s not convection. The heat is reaching you by radiation: infrared radiation.

Infrared is a type of electromagnetic radiation, like visible light except that it has a longer wavelength and human eyes can’t see it. What’s unique about it is that it is of just the right wavelength that most substances can absorb it, “swallowing” its energy and becoming warmed by it. The infrared radiation isn’t heat per se, in spite of what many books may tell you; I call it “heat in transit.” It is emitted by hot objects and travels through space at the speed of light, but it doesn’t actually turn into heat until it strikes some substance and is absorbed by it.

Only a substance can be hot, because heat is the movement of molecules, and only substances, not radiations, have molecules.