Why do Processed Foods contain so much Sugar?

The fact that everybody likes sugar certainly has a lot to do with its presence in so many processed foods. Some breakfast cereals, for example, will surprise you with their content of sugar, if you figure it out.

To check your cereals (or other manufactured foods) for sugar content, look at the Nurtrition Facts table and divide the number of grams of sugars per serving by the number of grams of cereal (or other manufactured food) per serving and multiply by 100. You’ll find, for example, that Kellogg’s Raisin Bran is 30 percent sugar by weight and Multi-Bran Chex is 21 percent sugar.

Note that the Nutrition Facts table lists “sugars,” in the plural. 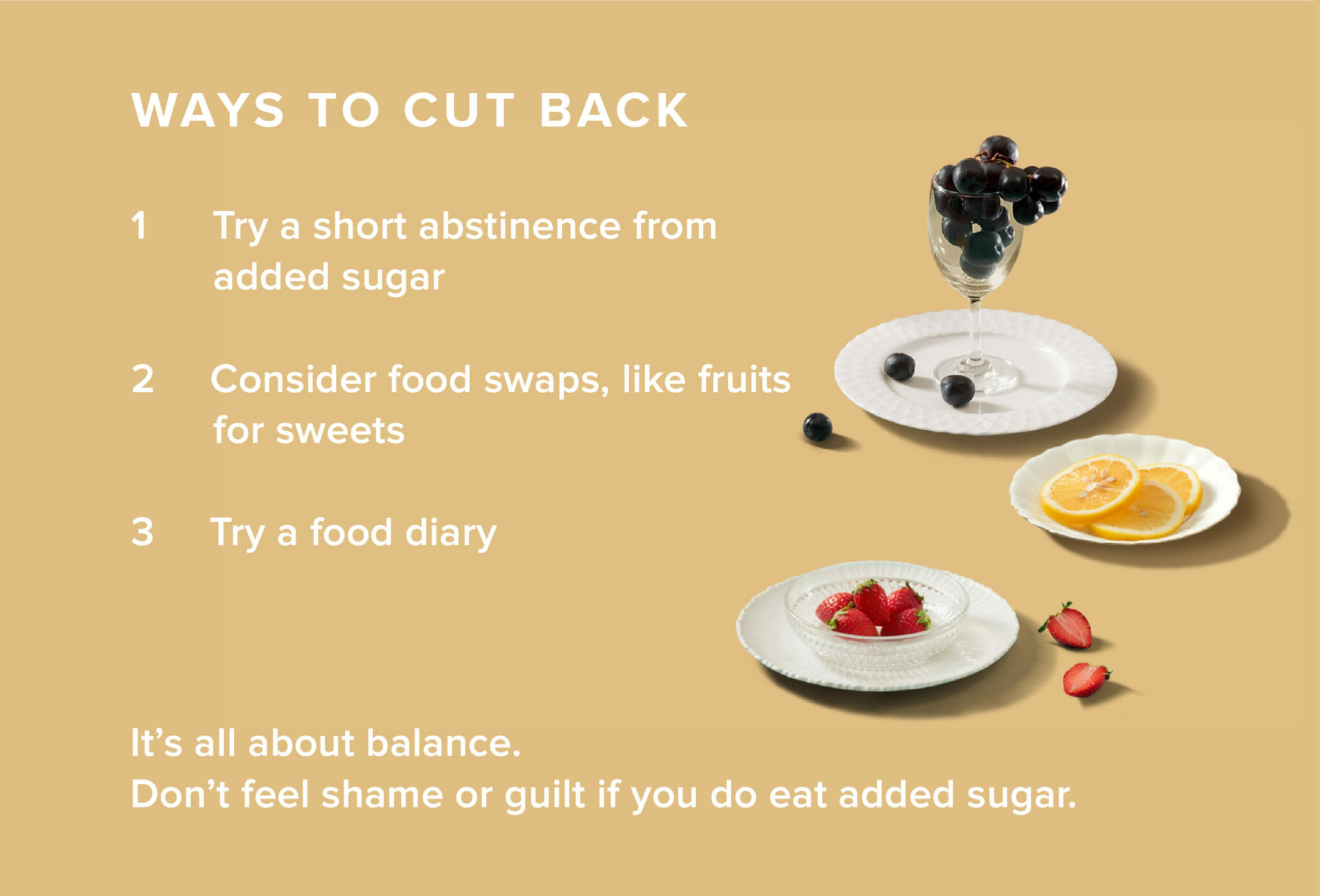 That means not only the sucrose from sugar cane (listed as “sugar” among the ingredients) but also sugars present naturally in the food, such as the lactose in milk, the fructose in fruit (such as the raisins in Raisin Bran), and the glucose, maltose, and fructose in any corn sweeteners that may be present.

So in addition to sugar (sucrose), look for such ingredients as fructose, maltose, lactose, honey, corn syrup, high-fructose corn syrup, molasses, and fruit-juice concentrate. And note that “evaporated cane juice” is a sneaky euphemism used by “health-food” purveyors to avoid the dreaded s-word on their labels. Evaporated sugar-cane juice is, of course, nothing but sugar.

Then there are the sugar alcohols (polyols) , which chemically speaking are not sugars, although they taste sweet. Glycerol (glycerin) is one. Their molecules have the characteristics of both sugars and alcohols. They contribute only about one-half to two-thirds as many calories as sugar, because they are converted only very slowly into glucose and may escape from the southern end of the alimentary canal before being fully metabolized. As a result, they can have a slight laxative effect if consumed in excessive quantities.

Because sugar alcohols don’t cause tooth decay or a sudden increase in blood sugar, they are used mainly in sugar-free candies and chewing gums. You’ll see them listed separately by name in the ingredient lists: sorbitol, xylitol, lactitol, mannitol, or maltitol. (Look for the suffix -itol.)

The sweet leaf of a South American shrub called stevia has been used for centuries by South Americans to sweeten their yerba maté. But the United States, Canada, and the European Union will not permit it to be added to foods, because although it is surely “natural,” its safety has not been proved.

Ironically, however, it may be sold in “health-food” stores as a nutritional supplement. While South America clearly hasn’t been depopulated by stevia-sweetened drinks, the health authorities’ reasoning goes that if stevia were permitted as a food additive in the United States and Canada, North Americans, addicted as they are to sweet soft drinks, might consume enormous quantities of it. And the effects of quaffing huge Slurpees and Big Gulps full of stevia have not been investigated.

Another sweetener used to some extent in the Middle Ages, but most enthusiastically by the Romans, was sugar of lead, a sweet tasting but highly poisonous chemical known to chemists as lead acetate. The Romans used lead-lined cooking vessels to boil down crushed grapes and old wine that had partially soured.

Soured (oxidized) wine contains acetic acid, and any freshman chemistry student will tell you that acetic acid plus lead metal will make lead acetate. All lead compounds are poisonous, but lead acetate is one of the few that are soluble in water, and wine. Thus, not only could over-the-hill wine be made sweet again, but sugar of lead could be produced for sweetening other beverages and foods. The oldest existing cookbook, De Re Coquinaria (On Cooking) by the first century Roman gourmet Marcus Gavius Apicius, contains scores of recipes that include sugar of lead among the ingredients.

Lead poisoning is cumulative and causes a variety of maladies from gout to sterility and insanity. It was primarily the Roman patricians who could avail themselves of lead-sweetened wines and foods, and as a result they were the prime victims. For no lack of trying (he was quite a man with the ladies), Julius Caesar was able to sire only one (illegitimate) child. His successor, Caesar Augustus, was reportedly completely sterile, whether with spouse or concubine.

Today, good old-fashioned sugar, pure sucrose, whether from sugar cane or sugar beets, plays many roles in foods besides making them sweet. It makes breads, cookies, and other doughs more moist and tender; it stabilizes foams such as beaten egg whites; it acts as a carrier of other flavors, and it caramelizes when heated, making foods brown and giving them that unique sweet-sour-bitter caramel flavor. And it preserves foods, notably, when used in jams and other fruit preserves.

According to W. C. Fields, anyone who hates dogs and children can’t be all bad. Sugar’s not all bad either.