Why do Raccoons have Raccoon Eyes and why does my Mascara make me look like a Raccoon?

The fur around a raccoon’s eyes is black both for eye protection, the black is believed to keep out glare, and for camouflage, as it makes it difficult to see a raccoon at night, protecting it from predators.

Raccoon eyes in humans, also known as panda eyes, can be a sign of a skull fracture as a result from blood from the skull fracture flowing down into the soft tissue around the eyes.

Raccoons are sometimes kept as pets in North America and have even made their way to Europe. 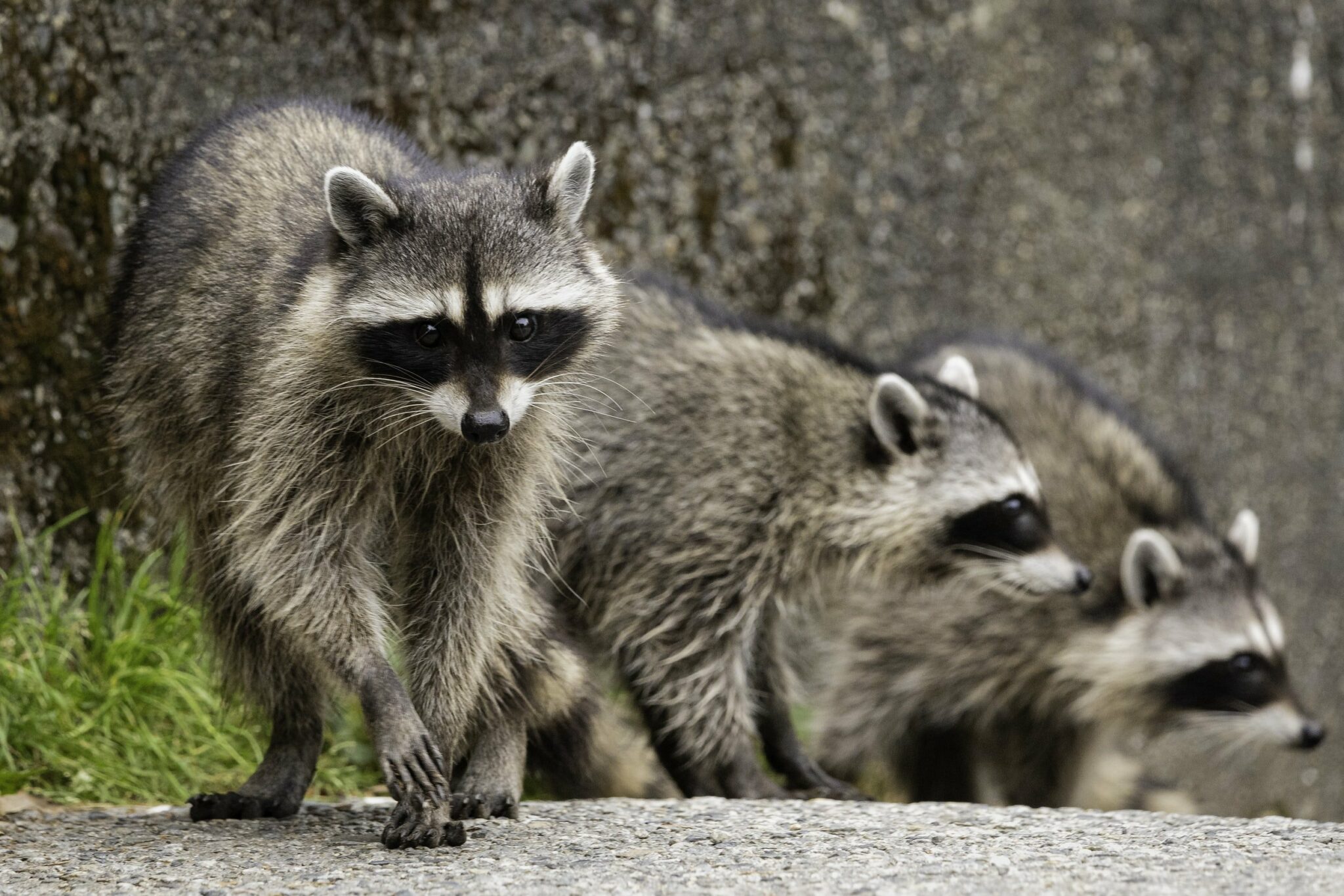 They are noted for their intelligence and are omnivorous and usually nocturnal.

The word raccoon comes from from the native Powhatan term, as used in the Virginia Colony. It was noted on Captain John Smith’s list of Powhatan words as Aroughcun, and on William Strachey’s records as Arathkone.

It also has its origins in a Proto-Algonquian phrase ahrah-koon-em, meaning “the one who rubs, scrubs and scratches with its hands”.

As for the mascara, try a brand that’s water resistant, and try not to sweat.