Why do Sliced Roast Beef, Corned Beef and Pastrami Meat have a Rainbow Sheen?

But the diet pendulum has a habit of swinging back and forth, so depending on whether it’s fat or carbohydrates that happens to be in the doghouse when you read this, there will be those who advise you to order your sandwich either without the meat or without the bread.

Now, about your multicolored meat: That iridescent or rainbow appearance that sliced meats sometimes take on is not a coating of nefarious mold or rot. It is merely an optical effect. You may find it on both cured meats such as ham or corned beef and uncured meats such as roast beef and pork. It’s caused by the slicing process. 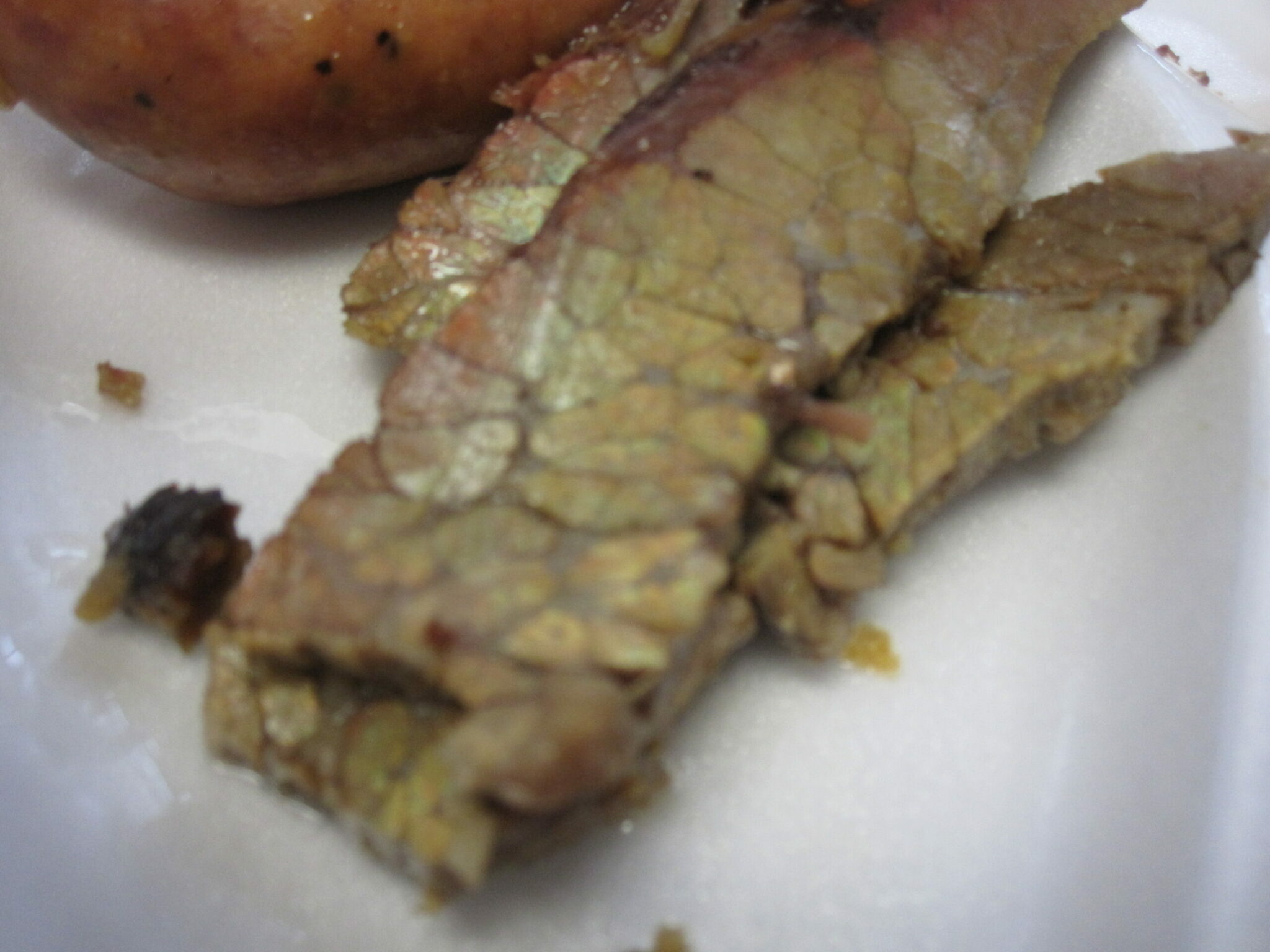 Meat, or animal muscle, is made up of myofilaments, tiny strands of protein. They are bound together in parallel bundles to form myofibrils, which in turn are bundled together to form the fibers that make up whole muscle. When a very sharp knife or slicing machine cuts the myofilaments crosswise at a certain angle, their severed tips, which are comparable in size to the wavelengths of light, can play optical tricks.

One theory has it that the translucent tips bend (refract) the light waves into two different directions. This optical effect is called birefringence or double refraction. The two refracted waves then interfere with each other on their way to your eye and break up into their component rainbow colors.

Or, the iridescence on a meat surface may be caused by diffraction, the breaking up of light by the pattern of closely spaced myofibril ends, as in a so-called diffraction grating. In either case, the colors you see are dominated by green because the human eye is most sensitive to that color.