What is the Difference between Souse and Scrapple and Where do they Come from?

Just because souse and scrapple have funny names and come in refrigerated rectangular blocks doesn’t mean they’re related, except for their porcine parentage.

Refrigerated, it forms a fatty cake that can be sliced and fried for breakfast. The English, as Pennsylvania Dutch people call the rest of us, make a similar product that they call, ironically, by the German name ponhaus. 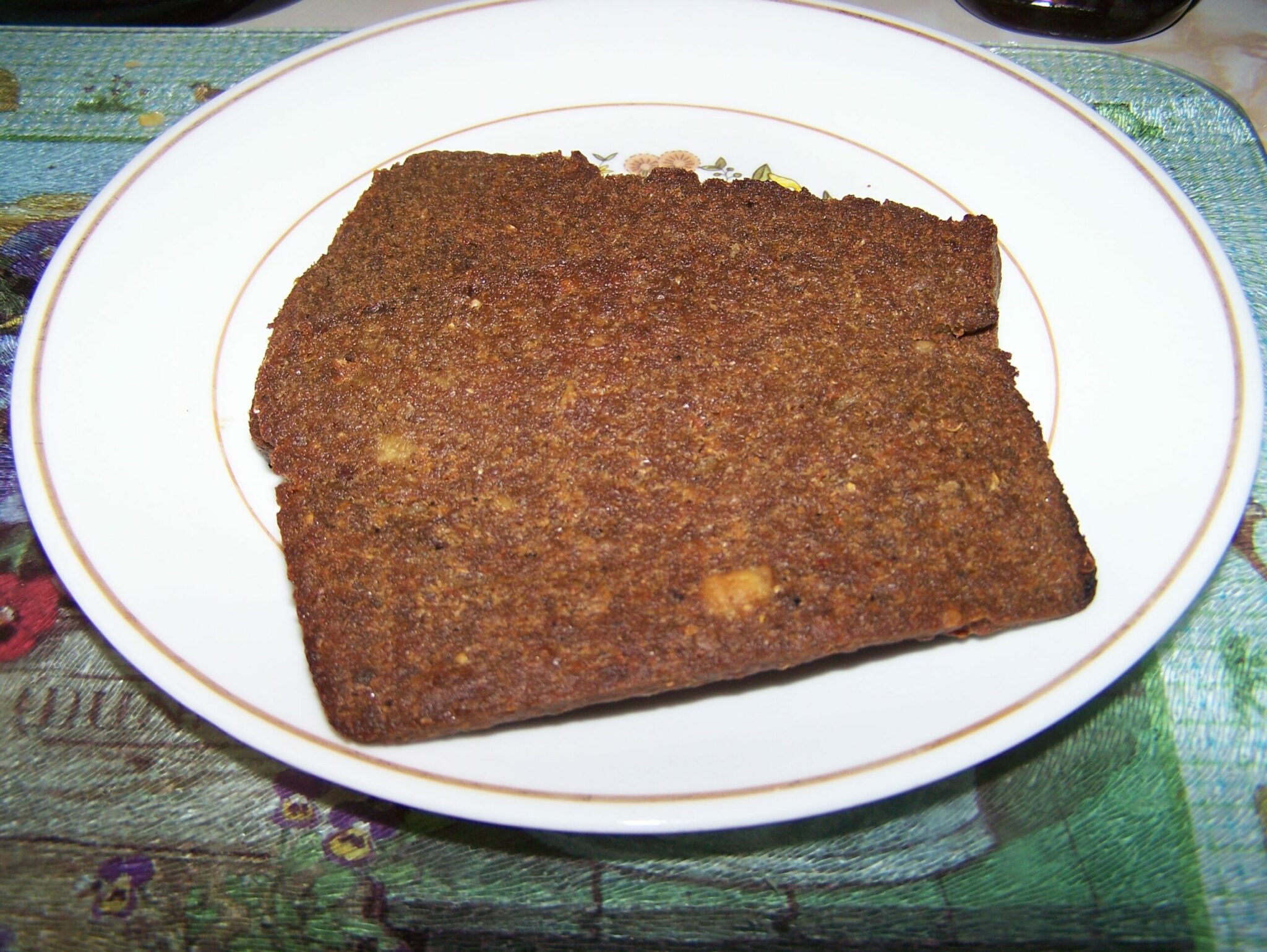 Souse, on the other hand, is pickled, spiced, and seasoned scraps from boiled pigs’ heads, feet, and ears. No cornmeal binding; it’s held together by the gelatin that forms when the pieces are cooked. When you put yours into the frying pan, it was like trying to fry Jell-O.

Also known as head cheese, souse is meant to be eaten cold (if at all). It is related to the Italian sopressata, which is made by boiling a de-brained pig’s head until the meat and tongue fall apart, whereupon they are cut into small pieces, seasoned and spiced, put into a cloth bag, and pressed (sopressata in Italian) into sausage form.

In this country, scrapple and souse are not commonly sold upscale, “gourmet” meat markets, where the clientele may be more partial to such politically correct and trendy delicacies as free-range salami, roast suckling duck, and grass-fed trout. All to be garnished of course, with stuffed chives. Think about it.