Why Do Tigers Have Stripes?

Along with lions, tigers are the largest members of the cat family. One of the most feared animals of the jungle, the tiger has no enemies except man. Tigers are native to the Asian continent. 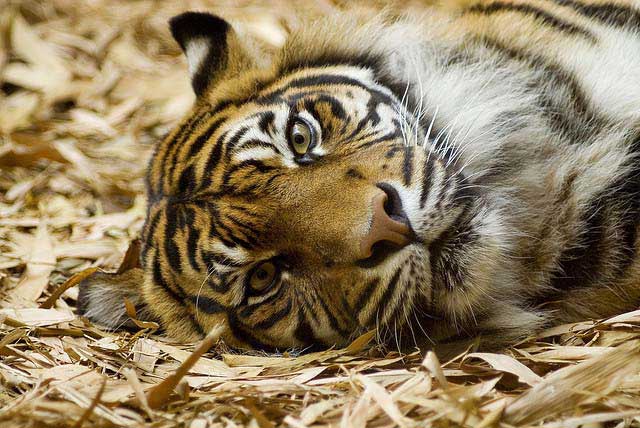 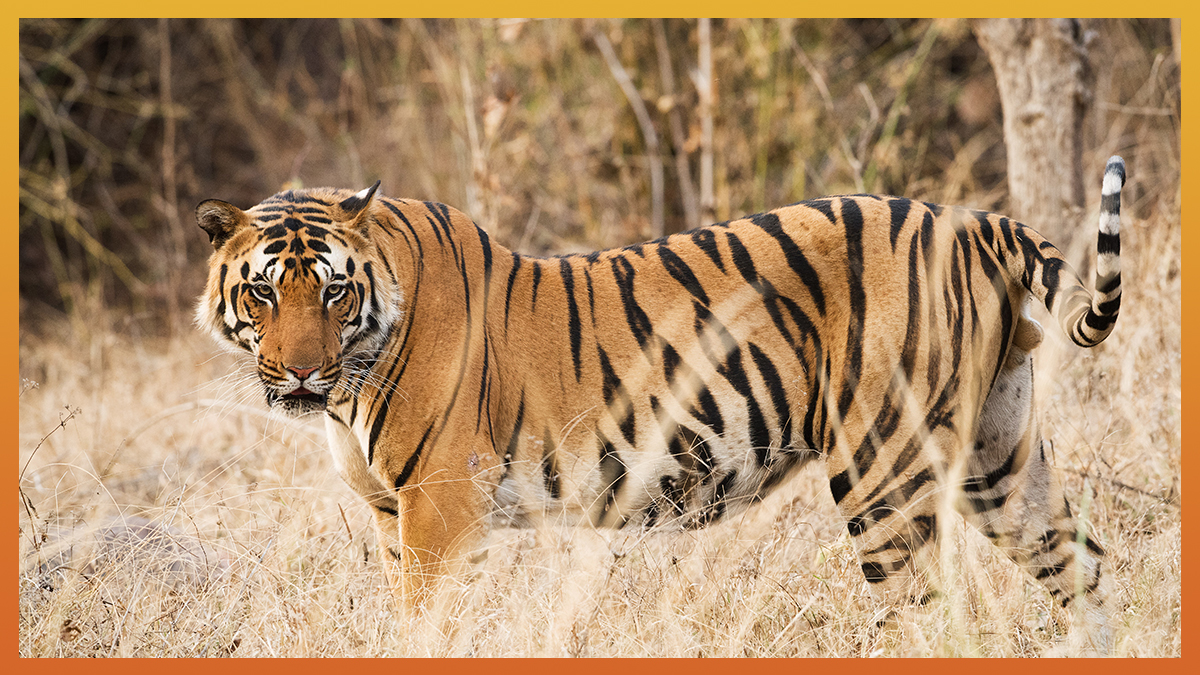 You may wonder why tigers, the largest members of the cat family along with lions, should need to be camouflaged. After all, they are the most feared animals of the jungle and have no enemies except man. It is simply that tigers, as supreme hunters, live and hunt in tall grass and tangled undergrowth. By blending in with these areas, they can sneak up on their prey, undetected.

Most scientists believe that many wild animals are color blind, or do not see vivid colors. Instead, they see only shades. The tiger’s vertical stripes would then look like bands of shadow and light in the tall grass. The stripes break up and hide the outlines of its body as it hunts, making it hardly noticeable.

The leopard’s spots serve the same function. This animal hunts in bush country, and its spots help it blend in with clumps of plants and with leaves of trees which it climbs.

The tiger’s stripes may aid in making it the perfect hunter it is. But its beautiful striped coat is also one of the main reasons that the tiger has become an endangered species. The tiger is now protected in most Asian countries, but the numbers of tigers left in the wild are startlingly low.