Tigers are pretty easy going about breeding in captivity and in the wild for that matter. 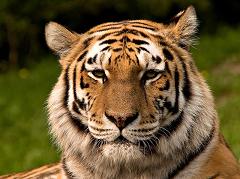 Mating of tigers can occur all year round, but it is usually more common between the months of November and April.

Enough tiger kittens are born in captivity that live captures are no longer necessary to keep zoos and circuses well supplied.

In fact, tigers breed so well in captivity that the captive population in the United States may rival the wild population of the world.

Cats both big and small are considered the most advanced of the carnivores.

You can see why that would be, despite sleeping the lion’s share of the day away, big cats can still live fat and happy off the flesh of gazelles and zebras, and little cats, off the goodwill of their owners.