Why Do We Have Earwax, What Is the Purpose of Earwax, and Why Is Earwax Sometimes a Different Color?

Earwax is a mixture of cerumen, skin cells, and hair fragments from the ear canal, plus bacteria and other substances caught in this waxy matrix.

Earwax normally moves out of the ear, and while there is some controversy over whether cerumen is bactericidal, the waxy substance is an effective material for catching dust, small particles, bacteria, and fungi that enter the ear. 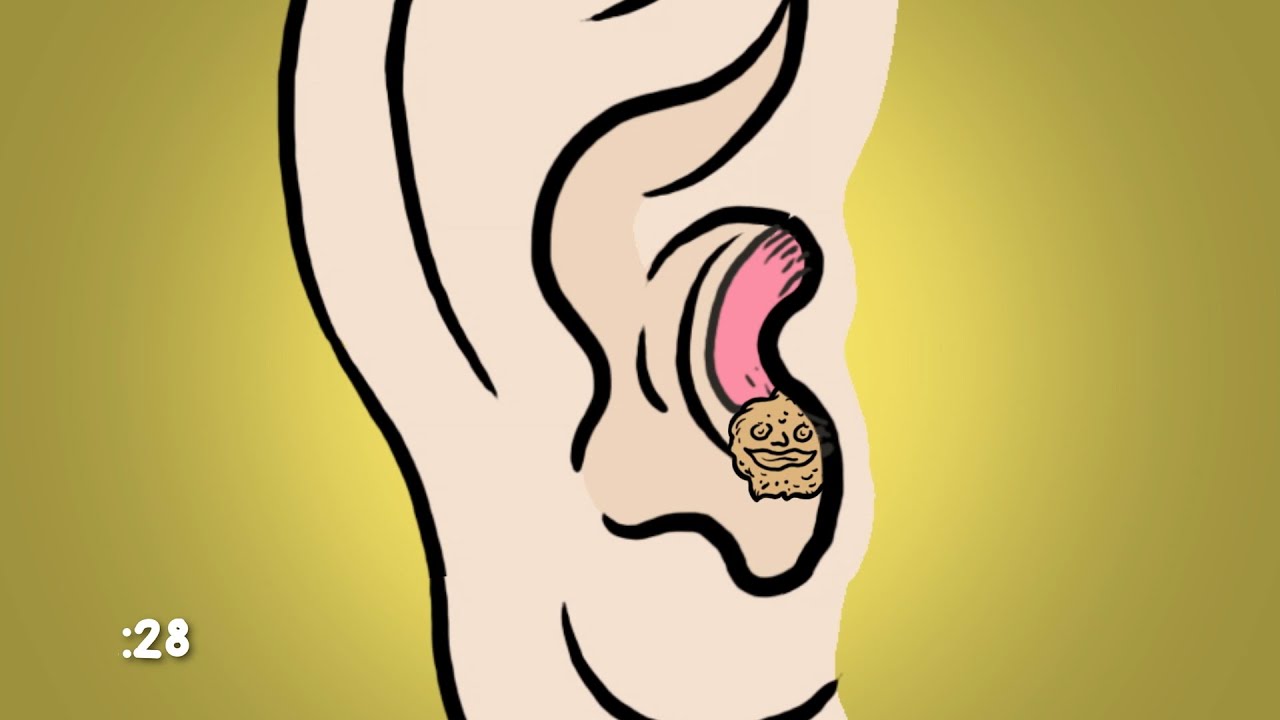 Earwax also lubricates the ear canal and has had a number of other uses because of its properties. It has even been used as lip balm.

There are two types of cerumen, dry and wet, the latter being the genetically dominant form. Both are controlled by a single autosomal gene. This has been used by anthropologists to trace migrations, because earwax in people of Mongolian Asian ancestry is usually the less common, recessive, dry type.

Earwax also contains a complex of biochemicals from skin and hair, including significant amounts of collagen and keratin, and dead bacteria and fungi. Differences in the composition of these substances are one of the reasons that earwax builds up more in some people than in others.

Earwax color is a result of the light-absorbing properties of its chemical constituents.

Wet and dry cerumen differ in lipid content: lipids account for about 50 percent in the former and 20 percent in the latter. So while dry earwax is somewhat crusty and typically grayish in color, relatively clean, fresh, wet earwax is typically a light-brownish honey color.

But the constituents also change with time.

The color darkens because much of the long-chain fatty-acid content is unsaturated and slowly oxidizes on exposure to air. This yields a darker brown color. Eventual inclusion of dirt, dead cells, bacterial products, and hair fragments can turn earwax to an almost dark brown or black color in ears that are not cleaned frequently.

The initial color also varies due to idiosyncratic differences in the type and amount of glandular secretions that generate it.

This balance can change in response to stress in the same way that the composition of sweat secretions does. Such changes reflect differences in the proportion of secretions from the sebaceous and apocrine glands, as well as variations in the concentration of the components.