Why Does a Covered Pot of Water Boil Faster Than an Uncovered Pot?

Not a lot of steam is lost until the water starts to boil, but water vapor, yes. Long before you ever see any steam, which is made up of tiny droplets of liquid water, there is a lot of invisible, hot vapor being produced, unattached water molecules, flying around as a gas.

A vapor and a gas are the same thing; people tend to call a gas a vapor if they know that it was recently in the form of a liquid.

There is always some water vapor in the air above water, wherever it is. (You’ve heard of humidity.) That’s because there are always some water molecules at the surface that happen to be moving vigorously enough to break away from their fellows and fly off. 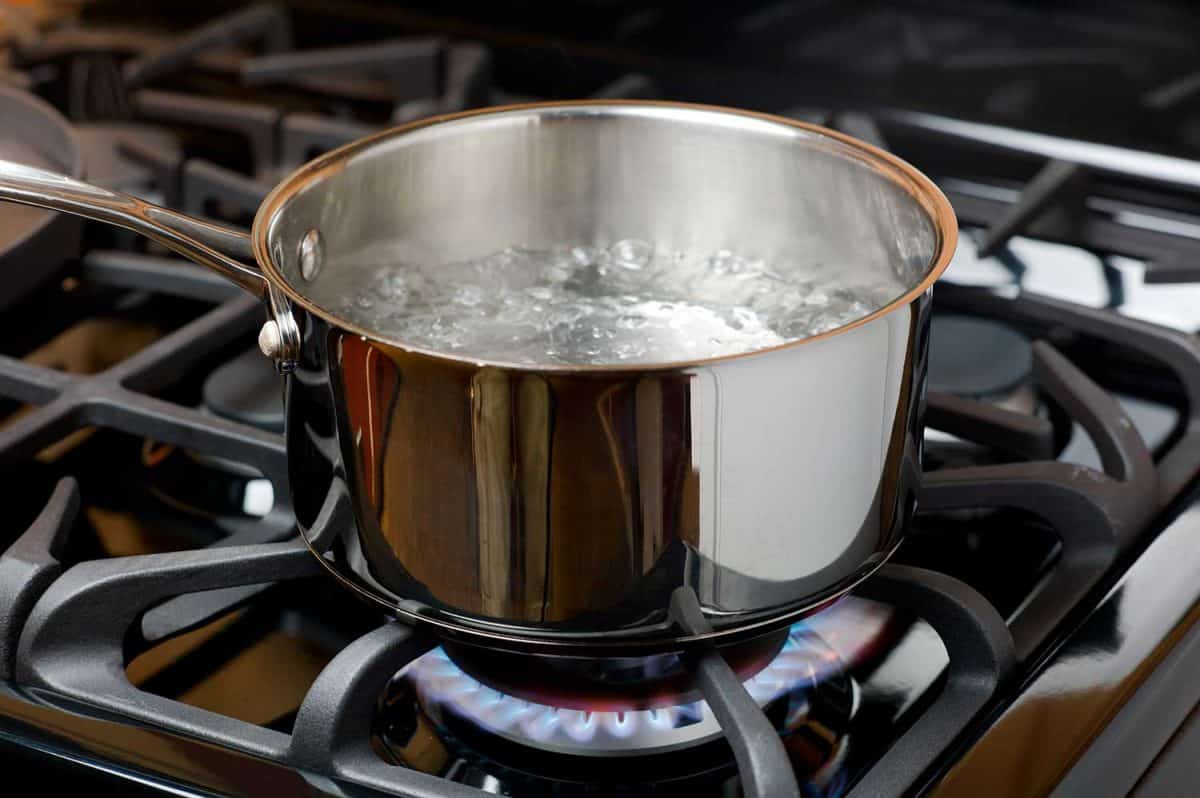 The higher the water’s temperature, the more water vapor is produced, because more and more of the molecules will be moving vigorously enough, will be hot enough, to escape. So as the stove heats the water, the number of hot water-vapor molecules in the air above the water increases.

Because the vapor molecules are progressively higher-and higher-energy ones as the temperature of the water goes up, it becomes more and more important not to lose them. The pot lid closes the gate, so to speak, keeping most of the vapor molecules from escaping and sending them, with their heat energy still intact, right back into the pot.

Hence, the water will reach the boiling point faster. Unless, of course, you watch the pot.