Why does Adding Salt to Boiling Water Make it Hotter?

It’s strange, but true. The boiling water will indeed begin to boil at a higher temperature as soon as the salt dissolves.

For every ounce of salt that you add to a quart of water (or for every 29 grams of salt per liter of water), the boiling temperature will increase by about 0.9 degree Fahrenheit (0.5 degree Celsius).

That’s no great shakes, but it’s an increase nevertheless. Because the temperature-raising effect is so small, adding salt to your spaghetti water isn’t going to cook it noticeably faster. You’re adding the salt mostly for flavor, but some people claim that it gives pasta a firmer texture. 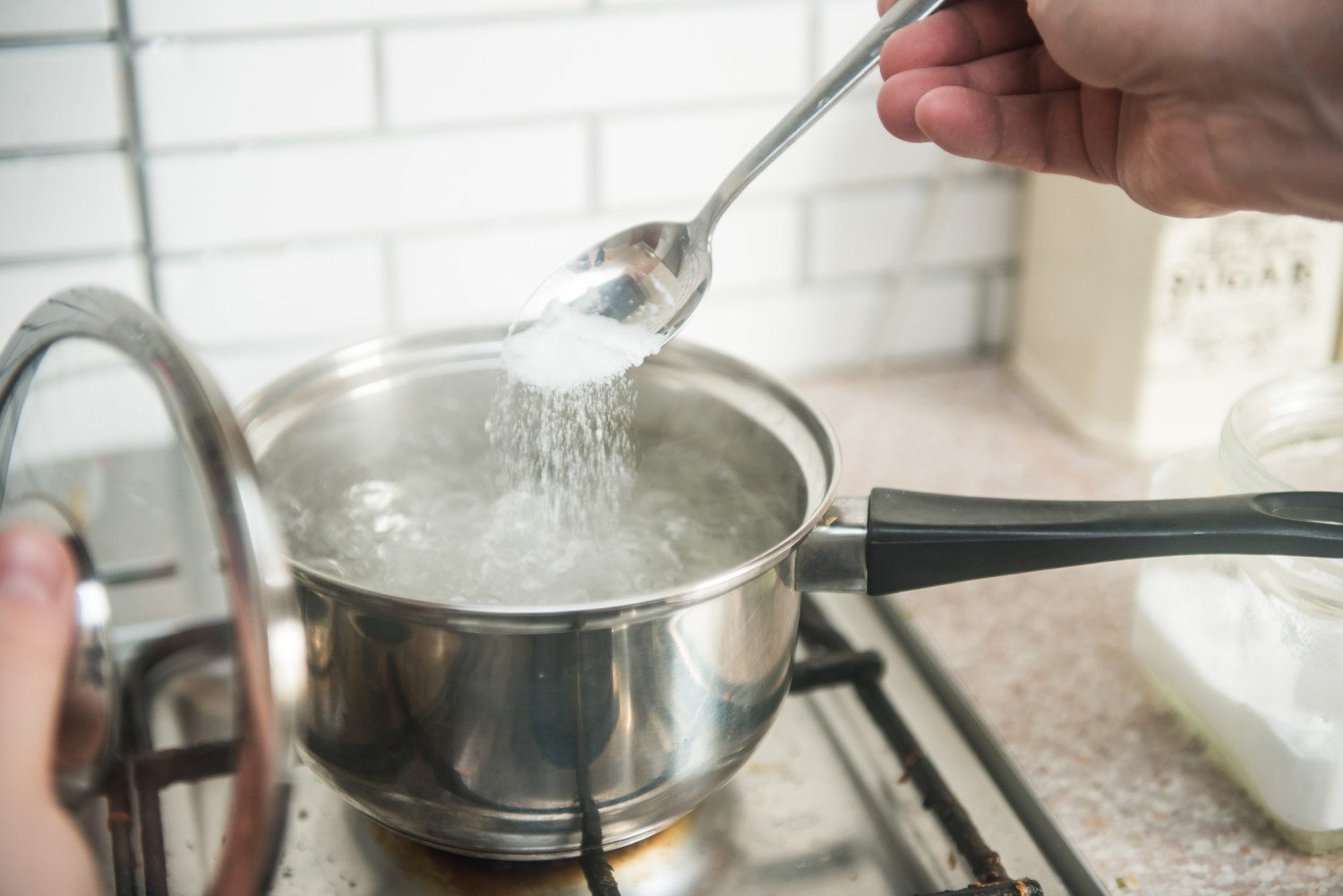 The “extra heat” that causes the higher temperature obviously can’t be coming from the room-temperature salt that you added. But the burner on the stove is putting out lots more heat than the water really needs to boil. (You can feel it all around, can’t you?) So there’s plenty of heat available for the water to use if it chooses to increase its boiling temperature. The real question is, why does it choose to do so?

A liquid will boil when its molecules get enough energy to break away from each other and go flying off into the air. When salt (sodium chloride) dissolves in water, it splits up into electrically charged sodium and chlorine particles. (Techspeak: sodium and chloride ions.) These charged particles do two things:

First of all, they crowd the water molecules, hindering their ability to muscle their way out of the drink and fly off. It’s as if the water molecules were people trying to get out of a bus by elbowing through a suddenly developed crowd. What they need is an extra shove, an extra amount of energy to help them escape. They therefore require a higher temperature for the boiling process.

There’s nothing unique about salt, however. Dissolving anything in water, sugar, wine, chicken juices, you name it, will produce the same hindrance effect, if not the same a clustering effect. So don’t ever say that your chicken soup is boiling at 212 degrees Fahrenheit (100 degrees Celsius) just because that’s the number you learned in school for pure water. It’s somewhat higher because of all the dissolved stuff in the soup.

Anyway,, pure water boils at 212 or 100 degrees only when the weather is just right. And if there happens to be lots of sugar in the water, even stranger things can happen.