Why Does Frost Make Patterns That Look Like Leaves, Ferns, and Branches When It Forms On Windows and Cars?

Waking up to frosty bedroom windows is quickly becoming a thing of the past, thanks to the insulating properties of double glazed windows and cozy central heating.

But if you are still stuck with single glazed windows, on winter mornings your view will be obscured by fern-like patterns of frost. 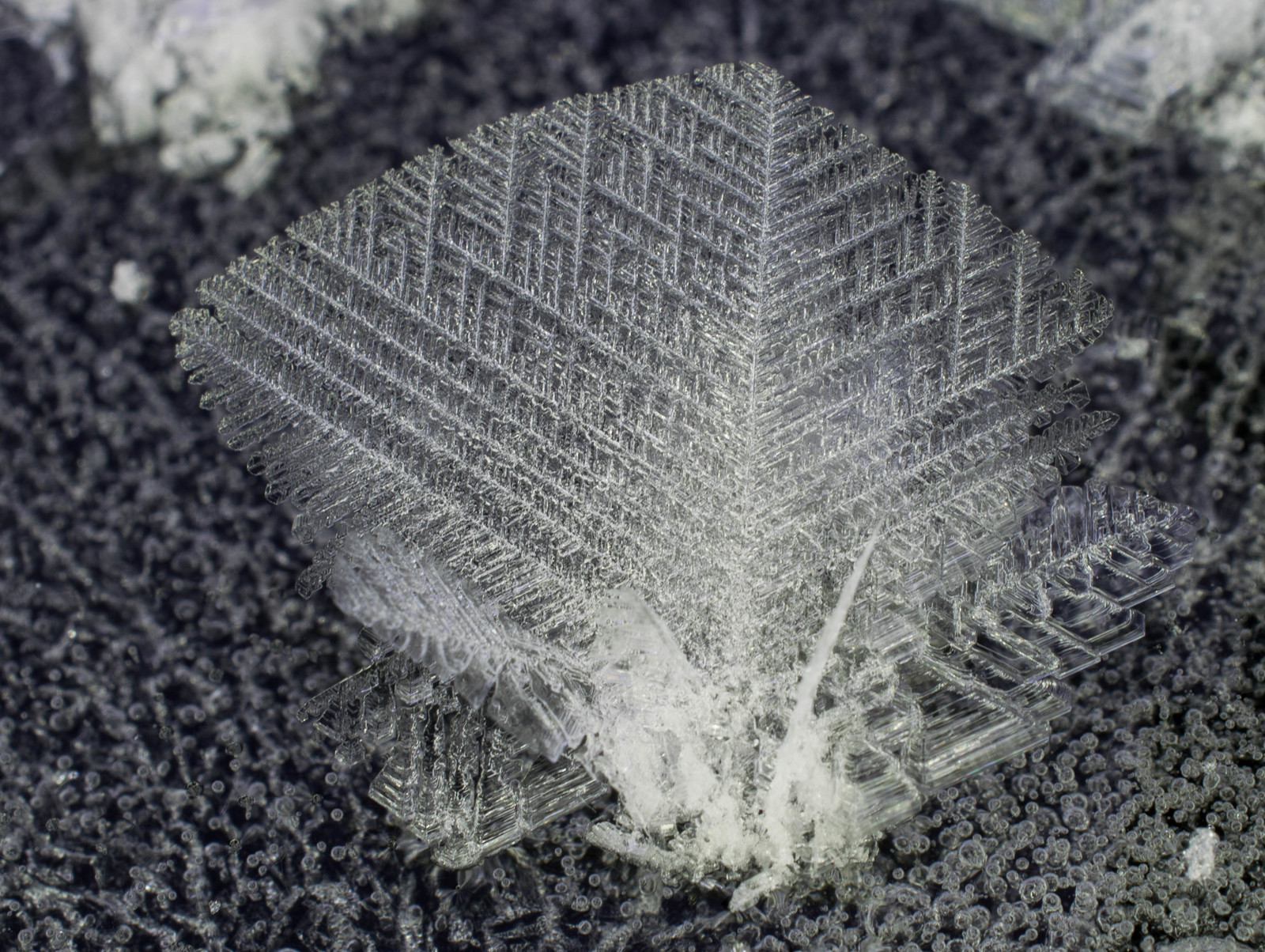 The temperature of the water molecules in the air can fall below 32°F without them actually freezing. But as soon as this supercooled water vapor touches the cold glass, it turns directly to ice without first becoming water.

Tiny scratches on the surface of the glass can collect enough molecules to form a seeding crystal from which intricate patterns then grow.

Up close, the crystal surface is rough with lots of dangling chemical bonds. Water vapor molecules latch on to these rough surfaces and crystals can grow quickly.

The structure of the elaborate branching depends on both the temperature and humidity of the air, as well as how smooth and clean the glass is. When the air is dry, the water molecules condense slowly out of the air and cluster together in stable hexagons.

The six straight sides of these crystals are relatively smooth with very few dangling bonds, giving water vapor molecules little to hang on to.

Feather-like patterns are more likely to form on clean windows and when the air is heavy with water molecules.

Under these conditions, lots of water vapor molecules bombard the seed crystal and there is no time for the stable hexagons to form. Instead, the molecules latch on to the dangling bonds that stick out of any bumps in the crystal, which means the bumps grow even faster.

These bumps eventually grow into large branches, and in turn the bumps on the branches become lacy fronds.