Why Does Hot Water Freeze Faster Than Cold Water?

The hot-water-freezes-faster paradox has been debated since at least the 17th century when Sir Francis Bacon wrote about it.

But believe it or not, hot water really may freeze faster than cold water. Sometimes. Under certain conditions. It depends on a lot of things. 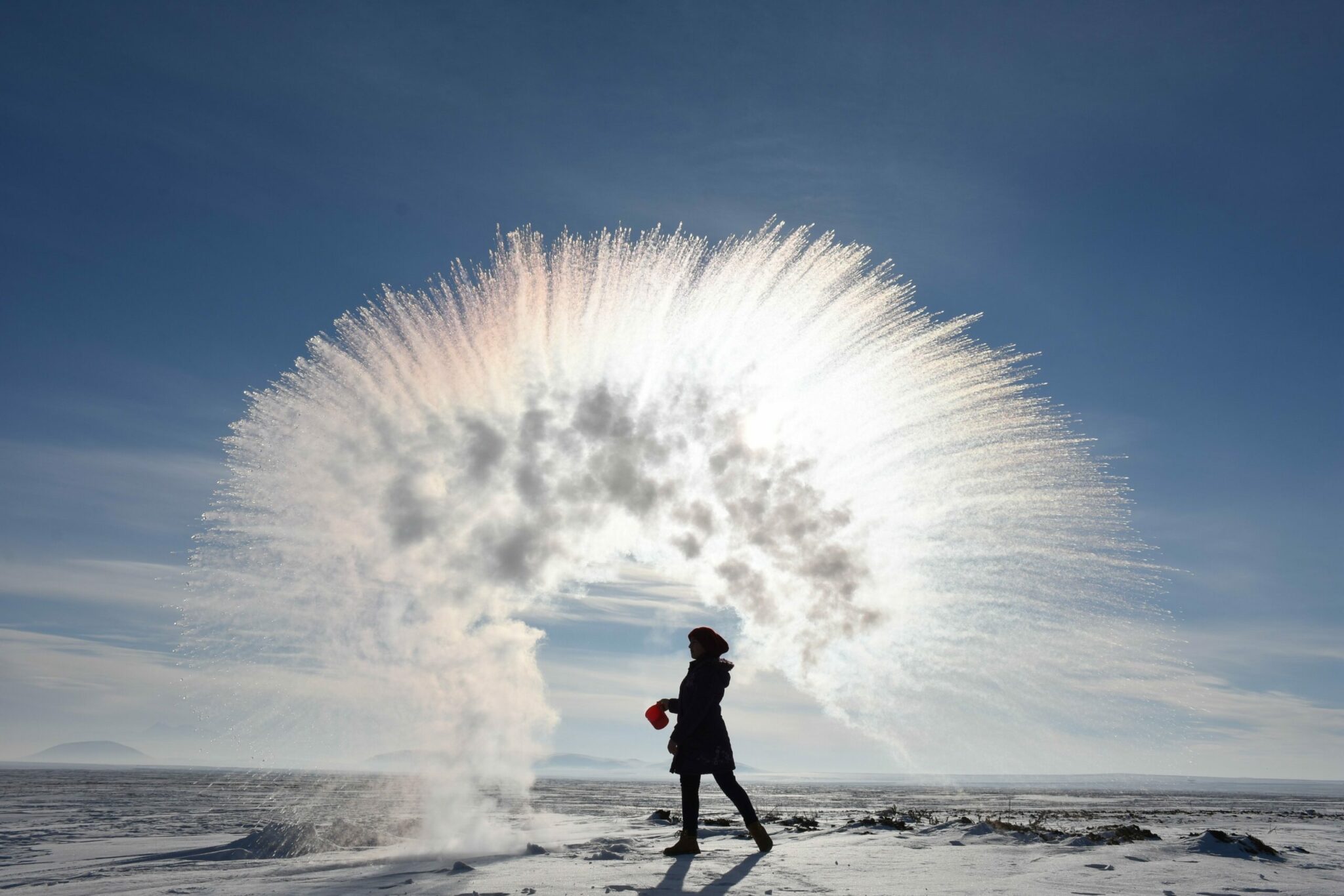 Intuitively, it seems impossible because the hot water simply has further to go in its downhill race toward 32°F. In order to chill down by each four degrees, a pint of water has to lose about one calorie of heat. So the more degrees the water has to fall, the more heat must be taken out of it, and that means a longer cooling time, all other things being equal.

But according to Ice’s Law of Pervasive Perversity, all other things are never equal. As we’ll see, hot and cold water are different in more ways than their temperatures.

When cornered and pressed for an explanation of how hot water could possibly freeze first, chemists are likely to mumble something about cold water containing more dissolved air, and dissolved substances lower the freezing temperature of water. True, but trivial. The amount of dissolved air in cold tap water would lower its freezing temperature by less than a thousandth of a degree Fahrenheit, and no hot-cold race can be controlled that precisely. The dissolved-air explanation just doesn’t hold water.

A real difference between hot and cold water is that the hotter a substance is, the faster it radiates its heat away into the surroundings. That is, warmer water cools off at a faster rate, more degrees per minute, than cooler water does.

The difference is especially great if the containers are shallow, exposing large surfaces of water. But that still doesn’t mean that the hot water will reach the finish line first, because no matter how fast it cools off at first, the most it can do is catch up with the cold water. After that, they’re neck and neck.

A more significant difference between hot and cold water is that hot water evaporates faster than cold water. So if we start by trying to freeze equal amounts of hot and cold water, there will be less water remaining in the hot-water container when it gets down to rug-cuttin’ time at 32ºF. Less water, naturally, will freeze in less time.

Can that really make a significant difference? Well, water is a very unusual liquid in many ways. One of those ways is that an unusually large amount of heat must be removed from water before its temperature will go down very much. (Techspeak: Water has a high heat capacity.) So even if the hot container has lost only slightly more water by evaporation than the cold container has, it may require a lot less cooling time to freeze.

Now don’t go running into the kitchen to try it with ice-cube trays, because there are simply too many other factors operating. According to Ice’s Law, the two trays can never be identical. They are not in exactly the same place at exactly the same temperature, and they are not necessarily being cooled at the same rate. (Is one closer to the cooling coils in the freezer?)

Moreover, how are you going to tell exactly when the water freezes? At the first skin of ice on top? That doesn’t mean that the whole tray full has yet reached 32ºF. And you can’t peek too often, because opening the freezer door can cause unpredictable air currents that will affect the evaporation rates.

Most frustrating of all, undisturbed water has the perverse habit of getting colder than 32ºF before it freezes. (Techspeak: It super-cools.) It may refuse to freeze until some largely unpredictable outside influence perturbs it, such as a vibration, a speck of dust, or a scratch on the inside surface of its container.

But I know that won’t stop you. So go ahead and measure out equal amounts of hot and cold water, put them in identical (ha!) freezer trays, and don’t bet too much on the outcome.