What Does Empanada Mean In Spanish and How Are Empanadas Made?

But that’s a bit misleading, because in Latin America today an empanada is a filled pastry, almost any kind of pastry made from flour or cornmeal and filled with almost anything imaginable, but usually with meats or seafoods of some kind.

We might call them turnovers or individual meat pies, and they can be either baked or deep-fried. Every Latin American country has its own versions. They go together quickly if you organize your work area like an assembly line. 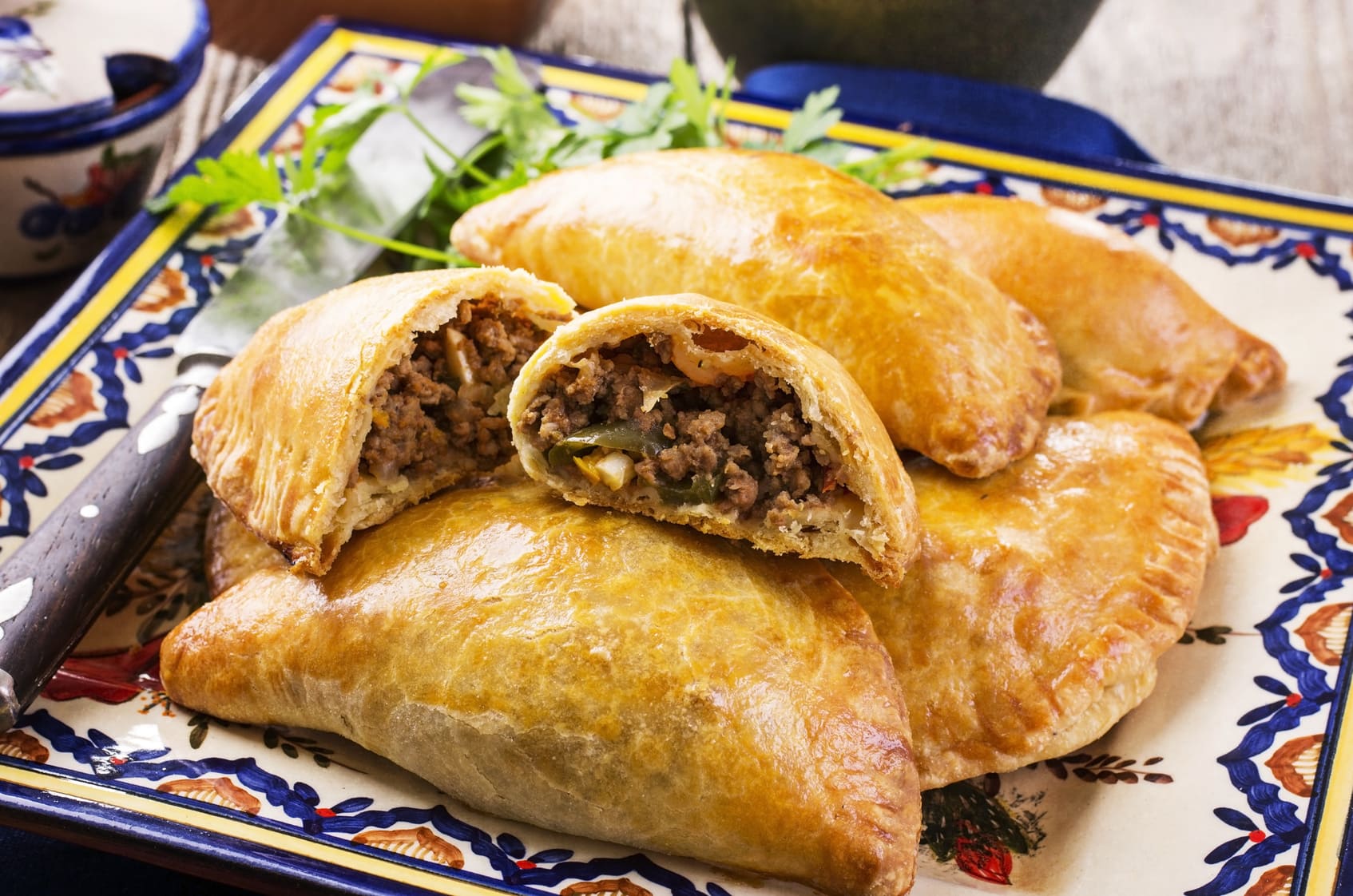 In a variation, a traditional filling is wrapped in store-bought puff pastry instead of homemade pastry crust.

This avoids the effort of making dough. But with puff pastry it’s particularly important to do the rolling on a “cool” surface such as marble. If marble is not available, roll it out as quickly as possible on a wooden board.

You will find frozen puff pastry sheets in the freezer section of your supermarket. Ground turkey or chicken can be substituted for the beef.