Why Does My Microwave Oven Sound As If It’s Turning On and Off All the Time?

Because it is. The magnetron cycles on and off to allow periods of time for the heat to distribute itself through the food.

When you set the oven for a percentage of full “power,” what you’re adjusting isn’t the magnetron’s wattage; it can operate only at its full, rated power (but see below).

What you’re setting is the percentage of time it’s turned on. “Fifty percent power” means that it’s on half the time. The on-and-off whirring sound is the sound of the magnetron’s cooling fan. 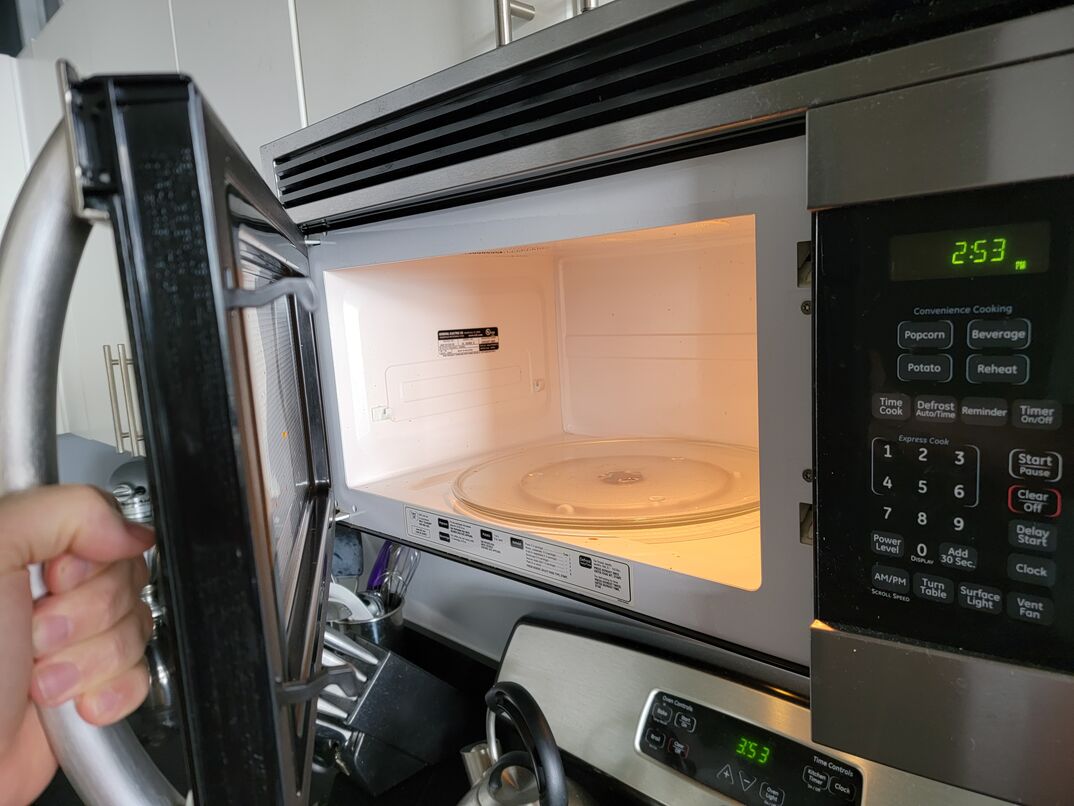 In some of the more sophisticated ovens, various sequences and lengths of on and off periods are programmed into the machine to optimize specific jobs, such as “reheat dinner plate,” “cook baked potato,” “defrost vegetable,” and, most important of all, “popcorn.”

A relatively new development in microwave ovens, however, is “inverter technology.” Instead of cycling on and off, the oven can actually deliver continuous, lower levels of power for more even heating.