Why Does Microwave Cooked Food Cool Off Faster Than Food Cooked In a Conventional Oven?

The answer may strike you as disappointingly simple: The microwaved food may not have been as hot to begin with.

Many factors, such as the type, quantity, and thickness of the food, affect how it will heat in a microwave oven.

If, for example, the chosen on-and-off cycle of the magnetron isn’t exactly right for the particular food and container, or if the stirring and/or rotation aren’t thorough, or if the container isn’t covered to keep the steam in, then the heat may not be distributed uniformly throughout the food. 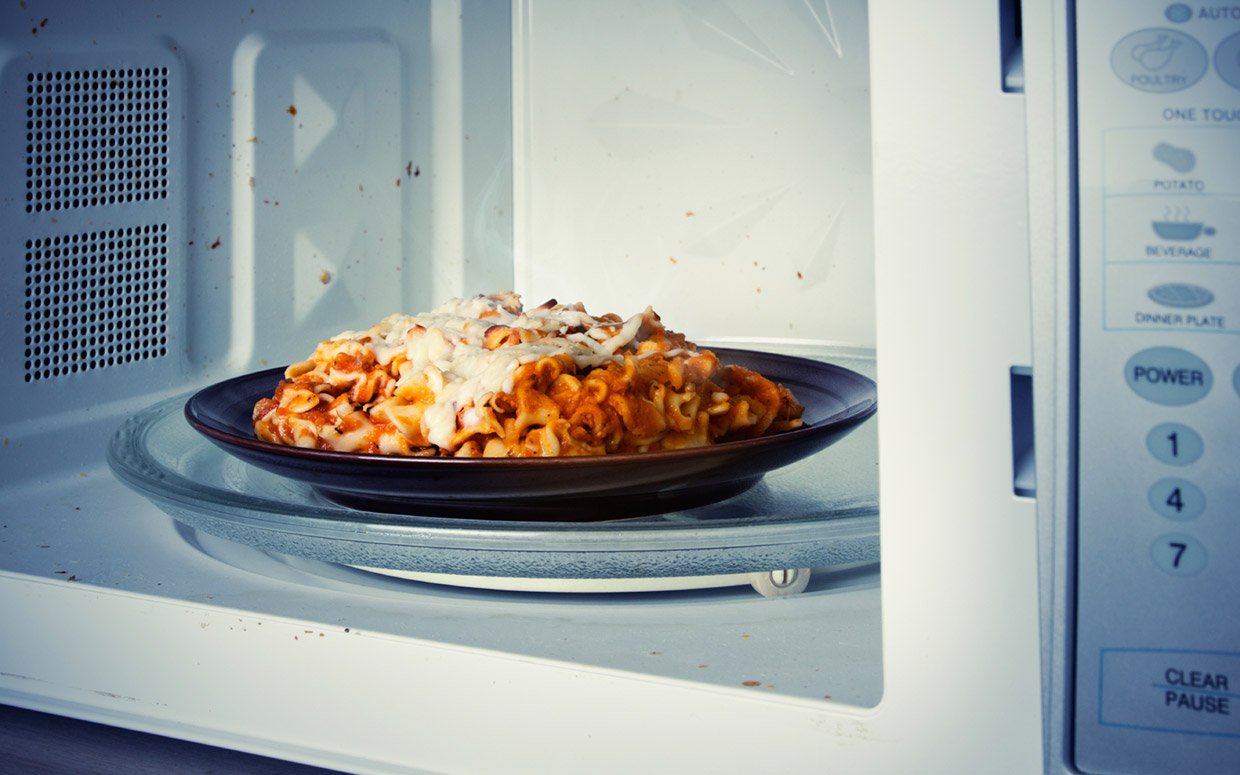 The outer parts may be scalding hot, but the inner parts may still be relatively cool. Then the food’s average overall temperature will be lower than you think, and it will cool to room temperature faster.

In a conventional oven, on the other hand, the food is surrounded by very hot air for a relatively long time, and the heat is given plenty of time to work its way into all parts of the food. Thus, the food’s temperature will eventually be the same as the oven’s air temperature (unless you’re deliberately making a rare roast, for example), and it will take longer to cool off.

There’s another reason. In a conventional oven, the cooking vessel gets as hot as the air in the oven and conducts its heat straight into the food. But “microwave-safe” containers are deliberately designed not to get hot.

Thus, food from a microwave oven is in contact with a container that has remained cooler than the food, and that saps away some of its heat.