Why Does the Inner Surface of an Incandescent Light Bulb Become Progressively Grayer Over Time?

The graying of the inner surfaces of incandescent bulbs is the result of gradual evaporation of tungsten from the filament while the light is on.

This evaporation eventually makes the filament so thin it burns out.

Various methods have been developed to reduce graying. Filaments of the first incandescent lamps burnt in a vacuum, but it was soon found that introducing inert gas to the bulb reduced the rate of graying. 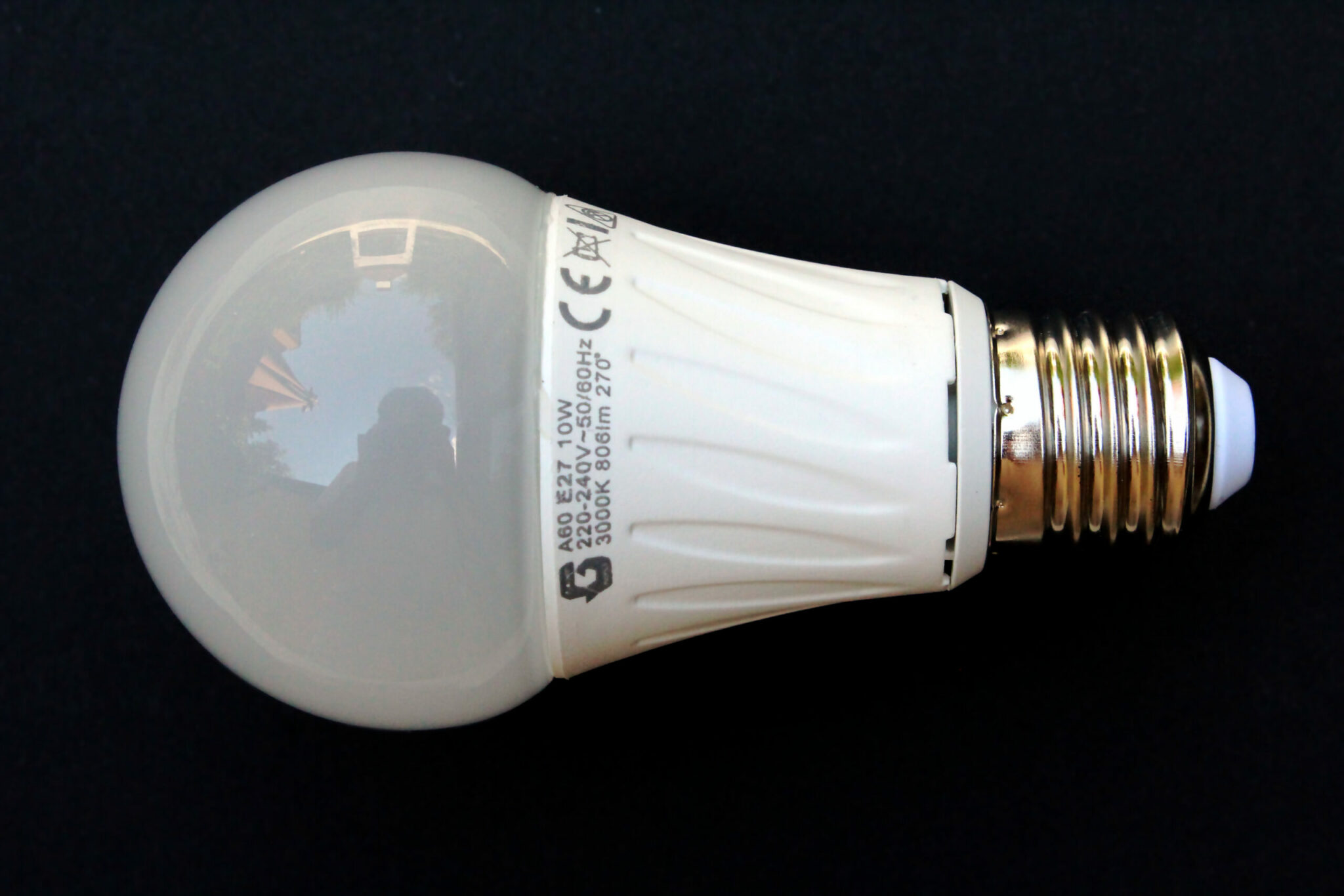 A mixture of nitrogen and argon is used today.

In addition, “getters,” reactive metals such as tantalum and titanium, can be placed near the filament to attract the tungsten so that it is not deposited on the glass. Alternatively, a small amount of abrasive tungsten powder can be placed in the bulb.

Shaking it occasionally will remove the gray coating from the surface of the glass.

Graying can be almost eliminated by introducing a small amount of the halogens iodine and bromine.

As tungsten evaporates from the filament, it reacts with the halogens which then redeposit the tungsten on the filament. This keeps the bulb wall clean.

To prevent the tungsten halides from condensing on the bulb and breaking the cycle, the temperature of the bulb wall must be at least 900°F. This is too hot for glass bulbs, which normally operate at about 300°F, so fused quartz (silicon dioxide) must be used instead.

This can be explained by the fact that lights work not by emitting light but by sucking dark.

A bulb becomes darker over time because of all the dark it has sucked in. Similarly, a candle, which is a primitive type of dark sucker, has a white wick when new and this becomes black when used, due to all the dark which has been sucked into it.

Note that the revolutionary “dark sucker” theory has yet to win widespread support from the scientific community.