Why Does Water From an Inverted Bottle Flow Faster At the End and What Causes the Different Flow Rates?

Water flowing from an inverted bottle has no free surface.

So the water coming out has to be replaced by something else because liquids do not expand or contract very much when the pressure changes.

In the case of a thin-walled plastic bottle, the volume can be replaced by the walls of the bottle being pushed in by air pressure as the water runs out, so this is what happens first. 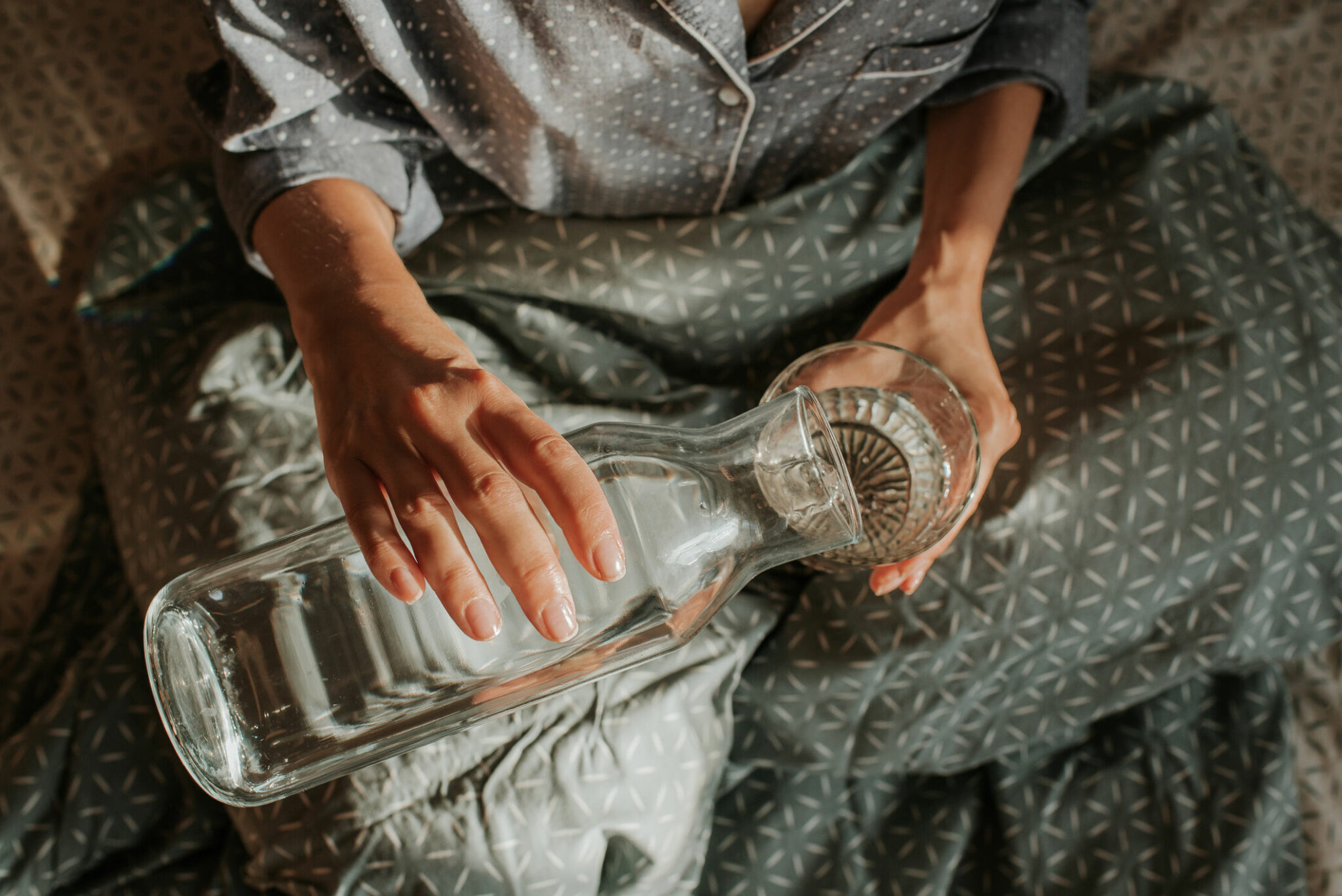 Once this has happened, or in the case of a glass bottle, immediately, another replacement mechanism is needed and bubbles of air have to enter through the neck of the bottle.

Essentially, the bubbles and the water escaping have to take turns, coming in and out, respectively, giving rise to the glug glug effect.

Two other important factors affect the rate of flow.

Firstly, if there is a significant amount of gas inside the bottle above the liquid, this can expand to replace the volume of water lost. This process goes on until the reduced pressure of the gas is just sufficient to support the height of liquid above the exit. Then glug-glug starts again.

The second factor is swirl. If the bottle is handled so that the liquid swirls, the water moves to the outside of the neck and allows a column of air relatively free passage up the center. By actually moving the bottle in small circles before releasing the liquid, you can get a very effective tornado in a bottle.

These effects are important in industrial separating devices called hydrocyclones, which are shaped something like an inverted milk bottle.

It is possible to tell how effectively these devices are working simply by viewing the pattern of discharge from the bottom, described as rope, cone, or spray.

Note to bar staff in a hurry: A little experimentation in the laboratory confirms that whichever angle the bottle is held at, flow is fastest when the bottle is full, because this is when there is greatest pressure on the liquid at the mouth of the bottle.

To pour out the contents of a bottle quickly, it is far more effective to keep it at an angle than simply turn it upside down.

This is because the angled pour avoids the gurgling that slows the passage of liquid through the neck of the bottle. For an extra edge, follow this advice: spin the bottle and then invert it while continuing to rotate it rapidly about its axis.

We found that a 750-milliliter wine bottle emptied in 9.9 seconds if inverted, but in 8.1 seconds if held at 45 degrees.

Swirling the bottle so that a little tornado forms in its neck, allowing air to enter continuously and replace the liquid, brings pouring time down to just 7.7 seconds.

In all cases, the rate of emission slows as the head of water above the neck falls.

The swirling technique, although very smooth once perfected, is not recommended for high-speed pouring of beer or any drink containing gas.