Traditionally, sailors on a ship considered seeing an albatross to be a sign of good luck. 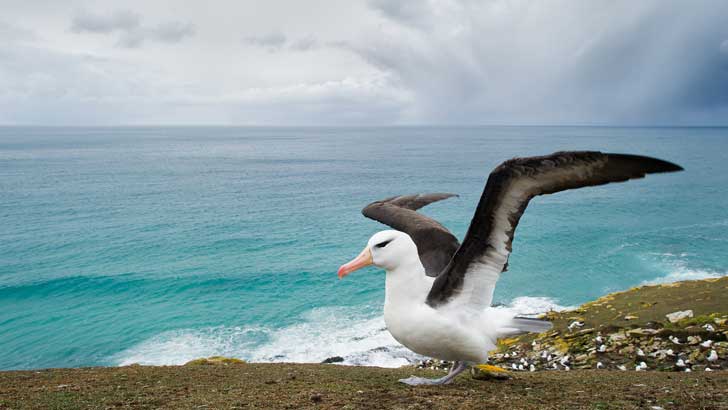 Probably this came from early days of navigation, when sailors mistakenly thought the bird sighting meant that land was near.

Little did they know that an albatross can live for years on the sea without setting foot on land. It lives over the open ocean, even sleeping in flight.

The bad-luck “albatross around the neck” comes directly from Samuel Taylor Coleridge’s famous poem “The Rime of the Ancient Mariner,” published in 1798, which is about a young sailor on a ship who shoots an albatross.

The sailor is forced by shipmates to wear the dead bird around his neck.

The bird’s death brings terrible luck: the winds stop, the ship is stuck, and the crew runs out of water.

But wait, that’s just the beginning.

Along comes a ghost ship that kills all the sailors, leaving the one, albatross-laden man alone and dying.

Finally, the lone sailor begins to pray, the albatross falls off his neck and into the sea, and he’s rescued.

But at great cost, for his penance, he must tell his story to anyone who will listen for the rest of his life.