Why is Chocolate so Difficult to Work With when Making Pastry and Cakes?

Chocolate is indeed a difficult material to work with, owing to its complex composition, mostly its content of several different fats.

As it arrives in the kitchen from your purveyor in the form of slabs or pastilles, it consists of microscopic particles of cocoa and sugar distributed throughout a sea of solidified fat or cocoa butter. It’s the fat that’s the main problem, because it consists of at least six different chemical compounds, different fats that have different crystallization temperatures, and you have to keep all but one of them from crystallizing. It’s a temperature juggling act called tempering. 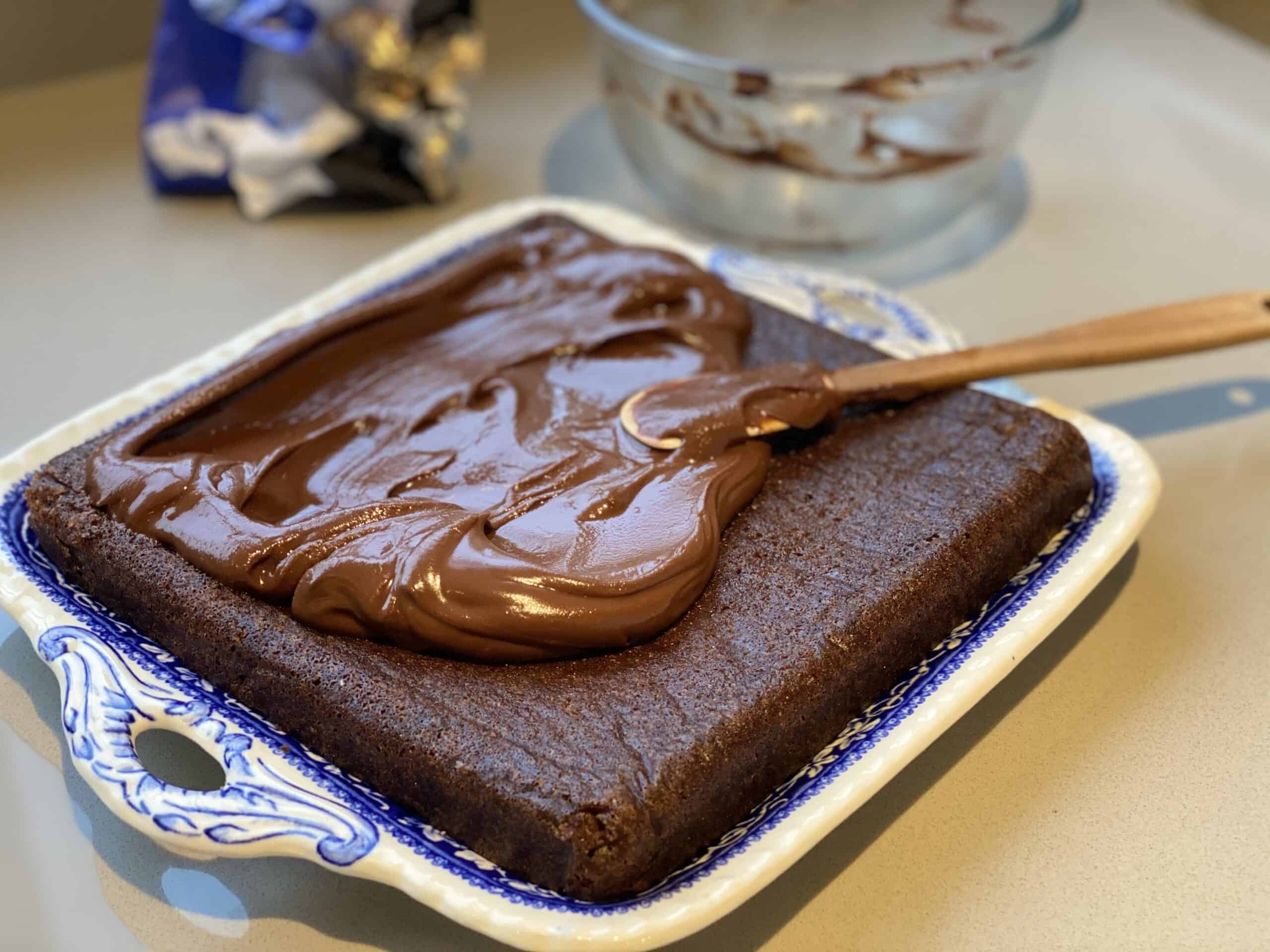 Similarly, the crystallization temperatures in the table are the approximate temperatures below which the fats crystallize into their own unique kinds of crystals and above which they melt into liquid. Of the six crystal forms (polymorphs), it is only number V that has exactly the properties we want in our chocolate: it’s glossy and, when solid, crisp and snappy when bitten into. But it will still melt in our mouths because our body temperature of 98.6°F (37°C) is a few degrees higher than its crystallization (or melting) temperature of 94 °F (34°C).

The problem is, how do we get rid of the other, less desirable crystal forms? First, we heat the chocolate to about 120°F (50°C), which melts all six forms. Then we cool it down to about 80°F (27°C), where forms IV and above will crystallize. And then we slowly raise the temperature to 9 0°F (32°C), which melts the crystals of form IV, leaving us with only forms V and VI in crystallized form. But since form VI requires days or weeks to crystallize, it doesn’t. The result is that the only crystals remaining are those of the desirable form V. We have tempered our chocolate to achieve the ideal working characteristics for the pastry chef.

If, while you are working with the tempered chocolate, it loses its temper (along with you losing yours) by being heated or cooled too much, there is nothing to do but repeat the entire tempering cycle.

In cooking, rather than in decorating, with chocolate, there are a number of pitfalls, the most exasperating of which is seizing: the chocolate’s suddenly turning from a smooth, viscous liquid into a mess of grainy, muddy clumps. This can happen for several reasons, the most common of which is the effect of a small amount of water. But paradoxically, a large amount of water or watery liquid such as cream will not make the chocolate seize; the chocolate and the watery liquid will blend together like a dream.

Think of well-tempered chocolate as zillions of microscopic cocoa (and sugar, if it’s semisweet) particles suspended in a sea of fat. Cocoa and sugar particles are not fat-loving (lipophilic); on the contrary, they are water-loving (hydrophilic). If even a few drops of Tempering chocolate. The chocolate is first heated to 120°F (50°C) to melt all crystal forms, then slowly cooled to 80°F (27°C) and reheated to 90°F (32°C), so that all crystal forms are melted except the desired form V. (Temperatures are approximate.) water are added, the water will be attracted to and will wet the particles,makingthemclumptogetherintosomethinglikeamudball.

And a little bit of water can wet an awful lot of tiny particles, creeping between them in a thin film and holding them together by capillary attraction.

If stirred, virtually the entire pot of melted chocolate will then ‘freeze into a thick mud, useless for making into smooth, glossy ‘frostings and confections. That’s why melted chocolate must be protected from contact with the tiniest amount of water, such as condensed steam from a double boiler. Many of today’s pastry chefs melt their chocolate in a microwave oven to sidestep this danger.

But oddly enough, a large amount of watery liquid will not make the chocolate seize. If you have ever made a sand castle at the beach, you know that a little bit of water will cement the sand grains together into a mass that will hold its shape. But when a wave washes in, the large amount of water disintegrates the mass by separating the grains from one another.

That’s why, in the recipe for ganache you can add a whole cup of cream to the melted chocolate and it won’t seize. The fact that heavy whipping cream is about 38 percent fat doesn’t hurt.

When decorating with melted chocolate by piping it onto a cake or a sheet of parchment for later stripping, you want it to set up hard, rather than remaining liquid and spreading out. Before you pipe it, deliberately induce it to seize slightly by adding water carefully, drop by drop while stirring, until it begins to thicken. When the right amount of water has been added, a piped test sample will harden quickly, especially if refrigerated for 3 to 5 minutes.