Since the moon’s mass (the amount of matter it contains) is smaller than earth’s, the moon has a weaker gravity pull, only one-sixth the pull of earth. 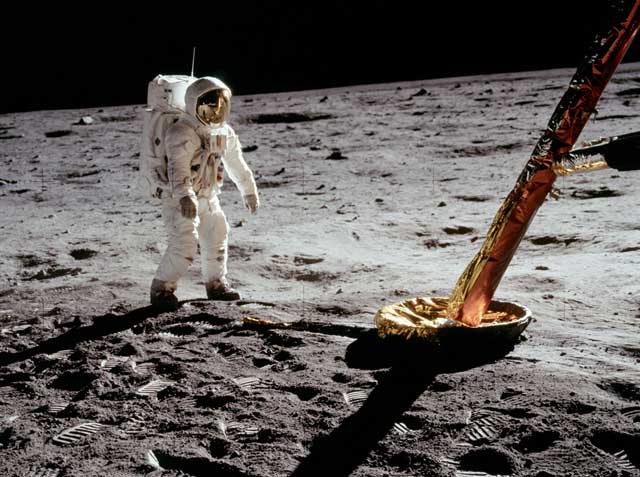 Because man is light enough to float on the moon, heavy weights have to be put into astronauts’ moon-walking boots!