Why Is the City of Venice In Italy Slowly Sinking Into the Sea and How Do People In Venice Get Around?

Venice is slowly sinking, or subsiding, into the marshy ground on which it was built beginning more than a thousand years ago.

Some U.S. scientists believe that it has subsided about 9.3 inches (24 cm) in the past century. 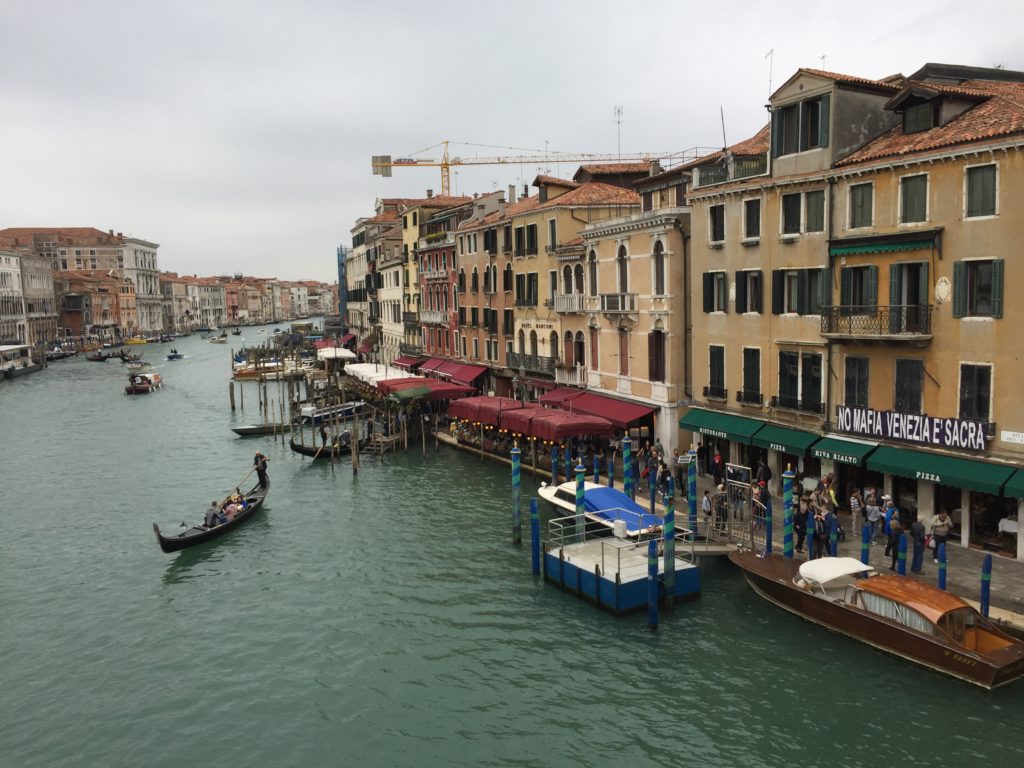 Venice’s famous Piazza San Marco, the lowest point in the city, floods as many as 100 times a year, much more frequently than in the past.

Rising sea levels, a result of climate change, are contributing to the problem.

The city is planning to build a series of movable dams to protect Venice from flood waters. But the project is controversial, and many think the dams won’t solve the problem.

Venice lies on about 120 small islands in a lagoon on the Adriatic Sea.

Its beautiful old buildings sit on top of millions of wooden pilings. Cars and trucks are not allowed in the city; instead, people and goods move around by boat on canals.

The city of Venice, Italy, is famed for its canals.

Many believe that the original population of Venice consisted of refugees from Roman cities who were fleeing successive waves of Germanic invasions and Huns.