Why Won’t Oil and Water Mix and Why Doesn’t Oil Dissolve In Water?

Ordinarily, water is the best mixer in the world, and I don’t mean just with Scotch. It mixes with, it associates intimately with, it even welcomes into its very bosom, that is, it dissolves, more substances than any other liquid. That’s why it is sometimes called the universal solvent.

But there is one family of substances that water abhors and will invariably shun: oils. Water won’t even snuggle up close enough to a drop of oil to wet it, much less to dissolve it. Water rolls off a duck’s back because the duck’s feathers are oily, and they don’t even get wet when the duck goes diving. But you knew that.

Like guests at a social gathering, molecules must have at least something in common in order to mix successfully. Quite literally, the molecules of water and oil have practically nothing in common. Water, as you may know, consists of small, three-atom molecules: two hydrogen atoms and one oxygen atom. Oils, on the other hand, are made of big molecules consisting of many carbon and hydrogen atoms, with no oxygen at all. No matter how intimate the gathering, it is not very likely that the twain are going to meet and form an alliance. 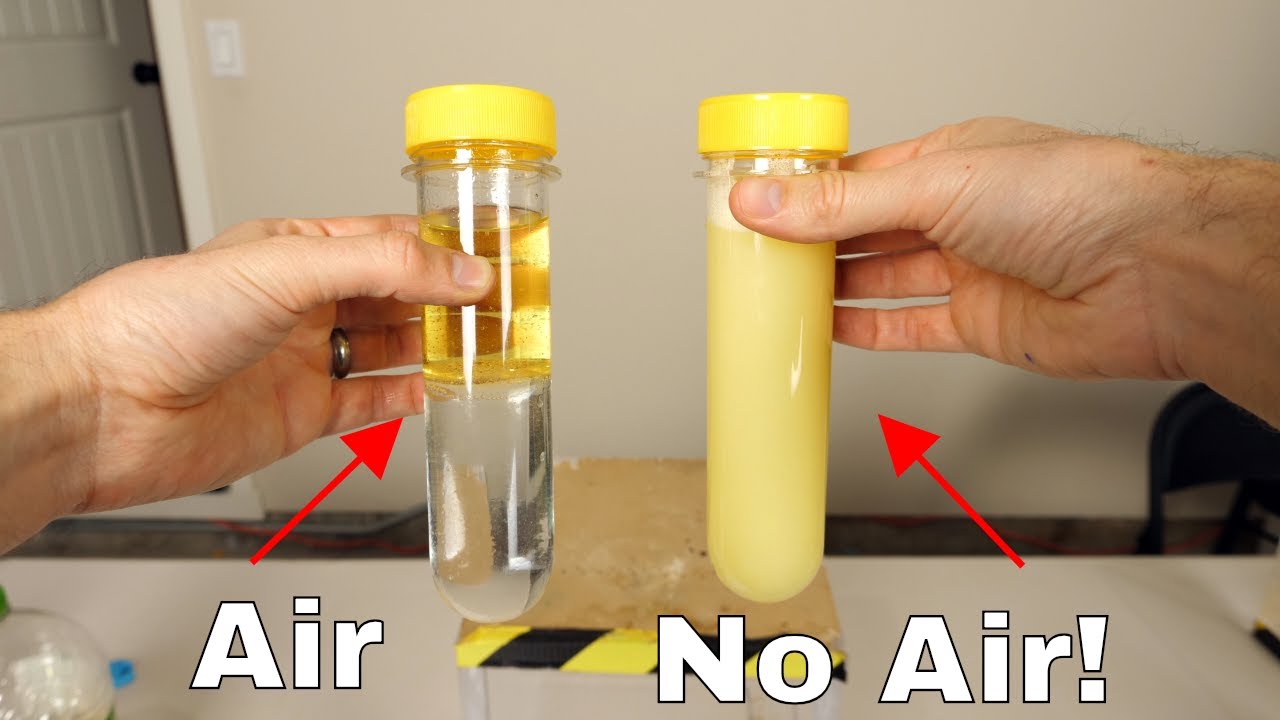 What is there about oils that makes them outcasts in the big, wide, wonderful world of water, the most plentiful liquid on earth? Once we see why water is such a powerful solvent (dissolver) for so many other substances, we’ll see that oils simply don’t have what it takes to be dissolved into water.

In pure water, as in any liquid, the molecules are being held together by some kind of mutual attraction. If they weren’t, they would go flying off into the air and the liquid wouldn’t be a liquid any more; it would be a gas. The attractions between the molecules in water are rather special. They come from the fact that water molecules are polar: They are like tiny bar magnets, but instead of having north and south magnetic poles at their opposite ends, they have positive and negative electric poles, that is, positive and negative electric charges.

Now, if you think of a glass of water as a glass full of tiny magnets all stuck together, you can see that they would have precious little interest in associating with any substance whose molecules weren’t also magnets. Magnets are attracted to nothing but other magnets. Yes, a magnet is attracted to a piece of ordinary iron, but inside that iron are zillions of tiny magnets.

Only if a substance contains atoms or molecules with electric poles will water be attracted to it, first by wetting it and eventually by enveloping it and dissolving it. Lots of substances fit this bill and will mix with water, but oils absolutely don’t and won’t because there is nothing at all polar, no electric poles, in those big, long molecules of oil. So there is nothing that might be attractive to a water molecule.

Dissolving is the most intimate possible kind of mixing. The molecules of one substance mix, one-by-one, in amongst the individual molecules of the other. Where dissolving is concerned, then, we might conclude that only birds of a feather are likely to want to flock so close together. Being less poetic, chemists prefer to say that “like dissolves like,” meaning that only substances having molecules similar to those of water are likely to mix with water. And ditto for oil-like molecules and oil.

Generalizing even further, we can expect that a given substance, if it dissolves in anything at all, will dissolve in either oil or water, but not both. And that expectation is generally borne out. Salt and sugar (see below) dissolve in water; gasoline, greases, and waxes dissolve in oils. But never the other way around.

Besides the attraction of polar molecules, or “electric magnets,” for one another, there’s another important kind of attraction between water molecules. It’s called hydrogen bonding. Without going into detail, let’s just say that it can come about when molecules have an oxygen atom plus a hydrogen atom, a so-called hydroxy group, OH, at one end. Water molecules fit this prescription precisely, and they stick together by hydrogen bonding as well as by polar attraction.

On the “like dissolves like” theory, other substances that are good setups for hydrogen bonding should also be likely to dissolve in water. And they are. Sugar (sucrose) is a familiar example. It dissolves in water, not because its molecules are “electric magnets,” but because they contain the water-like hydroxy group and therefore hydrogen-bond to water molecules. The sucrose molecule actually contains eight hydroxy groups.

If oil molecules aren’t polar, and if they don’t form hydrogen bonds, then what holds them to each other? It’s a totally different kind of molecule-to-molecule attraction called a van der Waals attraction, about which we needn’t bother our heads. Suffice it to say that these attractions are just as alien to water molecules as electric poles are to oil molecules. The revulsion of water for oil, then, is quite mutual.