Would I Weigh Less At the Bottom of a Deep Mine Shaft Than I Do On the Surface?

Boy, you must really want to lose weight.

You’re probably thinking that your weight is a consequence of Earth’s gravitational pull on your body, and that if you’re below the surface gravity has already done part of its job, so there is slightly less pull left. Well, there is something to that, although I’d put it differently. 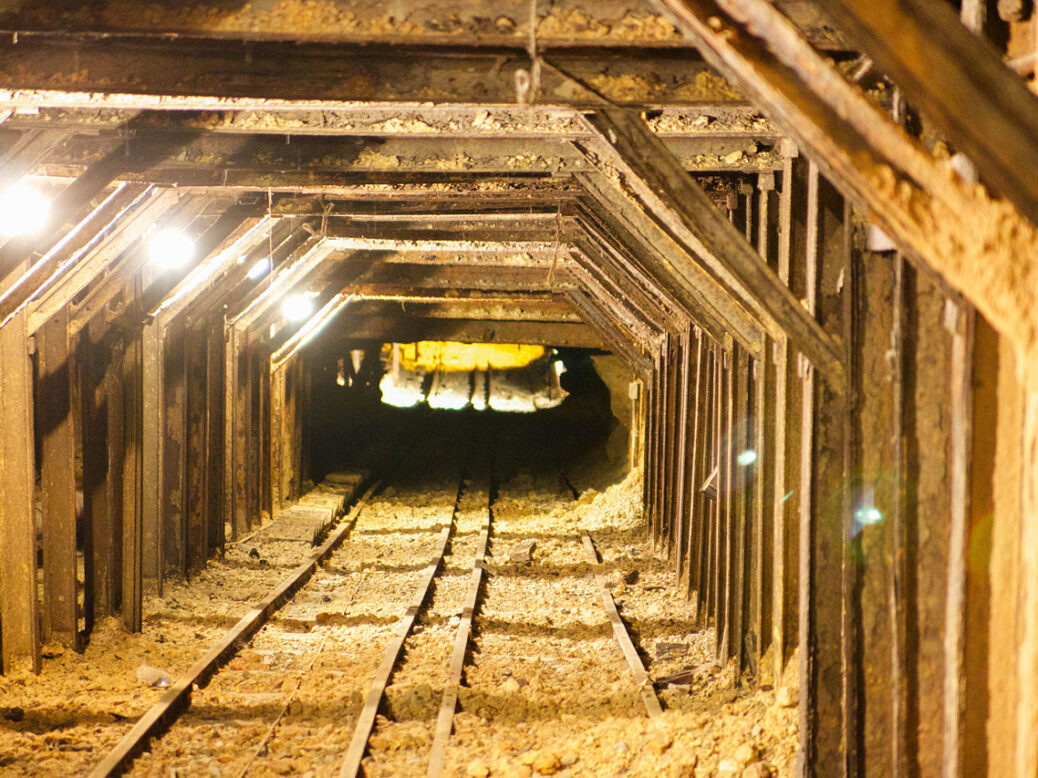 The gravitational force between two objects acts as if it were coming from the centers of gravity of the objects. That is, it acts as if all the mass of each body were concentrated at those precise spots. For a uniform, regularly shaped object such as a sphere, the center of gravity is the same as its geometric center. While Earth isn’t a perfect sphere, it is close enough that we can say its gravitational attraction is pulling you toward the center of Earth.

Now when you’re on the surface, you are (on the average) 3,960 miles (6,371 kilometers) from Earth’s center, the seeming location of all its pull.

At the bottom of a mile-deep shaft, you are being pulled toward the center by less Earth-mass than before, because some of Earth’s mass is above you and is no longer contributing to the center-directed pull. (Actually, it’s pulling you upward.) If there is less mass pulling you to the center of Earth, your weight is less, because that’s the definition of your weight: the strength of Earth’s center-directed pull on your body.

How much less would you weigh? At the bottom of a ten-mile shaft, you’d weigh about seven-tenths of 1 percent less than at the surface. Not counting all the weight you’d lose digging.

Oddly enough, the higher you go above the surface the less you weigh also. You would weigh less on top of a mountain than down in the valley, because you’re farther from the center of the Earth.

But wait! Put down that mountain-climbing gear that you bought from those mail-order weight-loss hucksters. If you weigh 150 pounds (68 kilograms) at sea level, you’d weigh only 7 ounces (200 grams) less on top of Mount Everest, the highest point on Earth. Hardly worth the climb, is it? Except for the exercise, of course.