How Would Jumping Just Before You Hit the Bottom of an Elevator Shaft Reduce the Impact of a Falling Elevator?

Hollywood clichés aside, it’s almost impossible for an elevator to fall down an elevator shaft, thanks to Elisha Otis’s 19th-century patent acceleration-sensitive safety brake.

The instant an elevator car starts to fall, multiple spring-loaded arms pop up and wedge it in its shaft.

As for improving your survival prospects, probably the best thing you could do is lie face-up with your back on the floor and your hands under your head to minimise the impact, although this would be difficult to do if you’re in free fall. 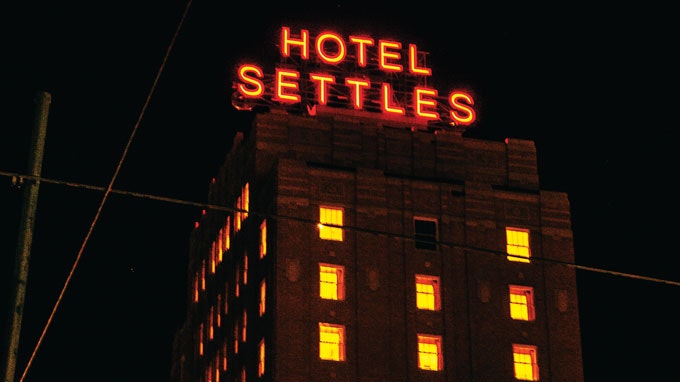 Jumping just before impact would merely delay your own impact by a few milliseconds.

Besides, how would you know when to do it? If you jumped a moment too soon, first you’d bang your head on the ceiling, then you’d be slammed to the floor when the lift hit the bottom.

Even if you could time your jump precisely, to do any good you’d have to exert the same force required to jump to the height from which the elevator fell from, for example, if the elevator fell 100 metres, only someone capable of jumping 100 metres in the air could save themselves that way. If they could do that they probably wouldn’t need the elevator.

If you jumped a moment before hitting the bottom, giving yourself an initial upward speed, relative to the elevator, equal to that of its downward velocity, you would head swiftly towards the roof of the elevator compartment.

There would be problems with jumping as you would probably be weightless, but with handles to let you pull against the floor it ought to be possible.

Fortunately, just before you hit it, the roof would suddenly accelerate very quickly away from you, assuming the elevator kept its shape after impact until it had the same relative upward velocity as you.

Also, the floor would do the same, but towards you. You could then land lightly from a few inches off the floor and walk out of the elevator on to the ground floor, which would be travelling upwards at the same relative velocity.

However, there are one or two problems with this.

To achieve such a velocity, you would have to be capable of jumping the height from which the elevator dropped. And even if you could do this, one surmises that the acceleration produced in order to jump would be comparable to that experienced on hitting the bottom.

Even so, by similar reasoning, you would suppose that even a small jump would lessen the impact.

There are three ways of increasing your survival chances, although only slightly. The first has already been mentioned, jumping as vigorously as possible before you land in order to cancel out some of the upthrust.

The second is to get any soft objects you have with you, your clothes for example, and place them underneath yourself prior to impact.

This would increase the deceleration time of the collision, and slightly reduce the amount of damage done. If you aren’t bothered about your legs, you could try standing up, and have them act as “crumple zones”, although this could be fairly messy.

The third is hardly worth mentioning. You could try to spread yourself out as much as possible while holding on, in order to increase the elevator’s surface area.

This should decrease its terminal velocity by some indiscernible amount.