5 Greatest Inventions in the Last 500 Years

How glad you are about the invention of dancing will depend largely on whether or not you’re any good at it.

Dancing Queen. Of course, no one knows who was the first person to start tapping their feet in time to some music or the site of the world’s first dance floor. But we can safely say that dancing has been around for a very, very long time. 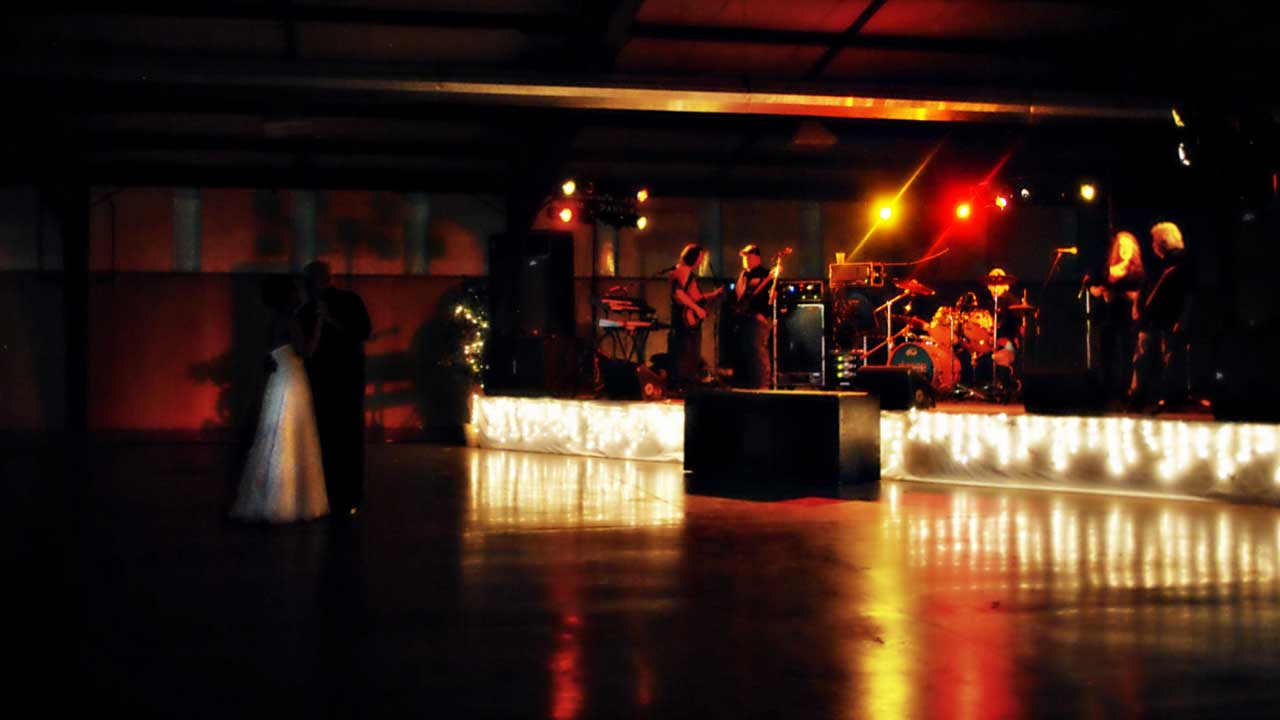 The Minoans of ancient Crete (around 5,000 to 3,400 years ago) were keen on dancing and have left sculptures of dancing figures, as well as paintings of dancers, to prove it. According to Minoan mythology, the goddess Rea taught humans to dance.

The ancient Greeks took dancing very seriously and made it a basic part of their education system.

The very first dances might have been used as part of religious rituals, or to tell stories, or a combination of both. But you only have to look at a baby’s response to music to realize that dancing comes naturally, though some people lose their sense of rhythm once they grow up.

Morris dancing is a type of English folk dancing that’s been around since the Middle Ages. Traditionally, it’s danced by men wearing white costumes with bells on their legs. They might wave hankies, tobacco pipes, sticks or even blown-up pigs’ bladders.

Invent a brand-new dance! Think up nine moves and choose the best song to perform it to. Describe your nine moves. When you’re happy with your routine, give it a name, then show it to the rest of the family or your friends.

Did you know that people consume more tea than any other drink, apart from water? Tea might not contain much caffeine, but that hasn’t stopped it from becoming highly addictive.

One Lump or Two? They have been drinking tea in the UK for 350 years, but its history is much longer than that.

According to legend, nearly 5,000 years ago a servant was boiling water for the Chinese emperor when some leaves from a nearby tea tree blew into the cup. The emperor tried the drink and invented tea. This story might seem a bit unlikely, but tea was definitely invented in China and was definitely being drunk by around 2,000 years ago (we know this because tea containers have been found from this time).

Chinese tea-drinking became really popular from the 600s. In the 700s a whole book was written about tea, by a Chinese writer called Lu Yu.

Tea-drinking quickly spread to Japan, but didn’t arrive in Europe until about 1600, when the Dutch became the first to import tea from Java.

By 1658 tea was being sold in Britain. It was an expensive, exotic drink in those days, and a government tax on tea kept the price high.

In 1784 the tea tax was lowered and most people could afford a cuppa.

A tea merchant called Thomas Sullivan invented the tea bag around 1908. First they were made from silk, later from gauze and finally from paper. Now people could make tea the lazy way.

Liber-tea! In the 1700s the British taxed tea imported to the USA. In 1773 protesting Americans raided ships and threw imported tea into the sea in what became known as the Boston Tea Party, which sparked the American Revolution.

There are over 3,000 different types of tea, so rather than sticking to your usual cuppa, why not try some other varieties and see if they’re better than your usual drink.

Gunpowder is, of course, used to fire guns. But it’s also used in fireworks. So it’s something you might well wish you’d invented.

Whizz Bang. Gunpowder, the first manufactured explosive, is a mixture of saltpetre, sulphur and charcoal. No one knows who invented it. The earliest mention of the substance, though it’s a bit vague, is in a book written by a Chinese alchemist called Wei Boyang from AD 142.

Ancient Chinese alchemists are known to have conducted many experiments in the search for eternal life, and it is thought, ironically, that gunpowder may have been discovered accidentally this way.

The Chinese first used gunpowder for fireworks. But by AD 904 it was being used to make ‘flying fires’ in warfare. Soon they were able to produce grenades, bombs and fire missiles using gunpowder.

We don’t know how gunpowder made its way from China around the world. It may have been invented independently in different places. The first mention of gunpowder in Europe was in 1216, when Roger Bacon wrote that it was possible to ‘compose artificially a fire that can be launched over long distances’.

By the end of the 13th century the Chinese were using gunpowder to fire their new invention, cannons. Since then gunpowder’s been used in different types of guns, bombs and mortars all over the world.

The Gunpowder Plot in which Guy Fawkes and his co-conspirators planned to blow up the Houses of Parliament, may be one of the most famous uses of gunpowder. It used to be a criminal offense in England not to celebrate the capture of Guy Fawkes!

On 5 November 1605, Guy Fawkes and his accomplices attempted to blow up the Houses of Parliament while King James I and his sons were inside, The plot was uncovered and the traitors were rounded up and executed. Every 5 November since this event has been commemorated with a bonfire and the burning of an effigy of Guy Fawkes.

In fact, right up until 1959, there was a law in England stating that it was illegal NOT to celebrate Guy Fawkes night. You could be arrested for not celebrating!

In the days leading up to Bonfire Night, it used to be common practice for children to cart their Guys around from house to house, asking for a penny. It was also the custom to sing rhymes to commemorate the events of 5 November 1605. You have probably heard the rhyme – or something like it.

What else did you get up to on Bonfire Night?

If you live in the UK or Ireland or Canada, you’d be very soggy a lot of the time without this simple but clever invention.

Raindrops Keep Falling on My Head. The umbrella was invented around 2000 BC in China, and not a moment too soon, it was bucketing down. Collapsible parasols, or sun shades, had been around even longer than that: the earliest evidence of a parasol is an engraving from around 2400 BC in modern-day Iraq.

The Chinese seem to have been the first to have the bright idea of making them waterproof, using wax or lacquer. During the Wei Dynasty, the emperor’s umbrella was red and yellow while everyone else had to have a blue one.

The Chinese invention spread to Japan, Korea, Persia and Western Europe. The first European umbrellas had ribs made from wood or whalebone and were covered with oiled canvas.

In 1852 Samuel Fox, a manufacturer of women’s corsets, had lots of steel corset ribs left over and came up with the idea of using them for umbrellas. It was another hundred years before the giant leap forward in umbrella design of compact collapsible umbrellas. But the basic umbrella design has stayed the same for thousands of years.

The very latest umbrellas use nanotechnology to make them bone dry after a good shake. The special umbrella fabric doesn’t absorb water.

In 1952, Cilaos, on the island of Reunion, took the record for the highest rainfall ever in 24 hours. It is estimated that parts of the Atacama desert in Chile haven’t had rain for many years. In a rainforest, up to how long can it take for the rain to hit the floor?

Reigning umbrellas: The first shop to sell nothing but umbrellas was James Smith and d Sons, which opened in 1830 in Foubert Street in London. It moved to New Oxford Street in 1857 and it’s still there and still in business.

Fancy having a limb sawn off with nothing but a piece of leather to bite into to ease the pain? Probably not, but not so long ago, surgery without anaesthetic was a reality for lots of people.

It’s a Knock-out. In ancient China, acupuncture was used to reduce pain and desensitise particular areas of the body. Dioscorides, a Greek doctor who lived around the first century AD, mentioned the use of drugs such as opium as anaesthetics. Alcohol was also used to deaden patients’ senses. Then, in the 1800s, three different types of anaesthetic came along.

In 1799 Humphry Davy found that the gas nitrous oxide could make people laugh and suggested its use in surgery. He threw hilarious laughing gas parties, but the gas wasn’t effective as an anaesthetic at first.

The chemical diethyl ether was successfully used in 1846 in a tooth extraction by dentist William Morton. Morton wanted to keep it a secret but a patient forced him to reveal his methods.

One of Queen Victoria’s doctors, Sir James Young Simpson, found that a different chemical, chloroform, could be used for pain in childbirth. The queen herself used it when she gave birth in 1853, and chloroform became popular as an anaesthetic even though it’s dangerous.

Today different substances, including nitrous oxide and ether derivatives, are used in anaesthesia, which has come a long way since the 1800s.

Long before anaesthetic, as far back as the Stone Age, people all over the world practised trepanning – drilling holes in the skull. No one’s sure what it was for. The earliest head-drilling operation we know about dates back 7,000 years!