Do all Apples Float in Water and Are there certain types of Apples used for Bobbing on Halloween?

Although most apples will float, they can vary somewhat in their aquatic stabilities. Buy samples of a few varieties several days before the party and test them. Then go back to the store and load up on the best floaters. Asking your guests to bob for apples that sink to the bottom would severely compromise your reputation as a caring host.

There is no easy way to predict whether an object will float or sink in water. You just have to try it. On The Late Show with David Letterman, a pair of attractive models drop various objects into a tank of water after Dave and sidekick Paul Shaffer have speculated about whether they will sink or float.

Archimedes’ Principle states that “a body immersed in a fluid is buoyed up by a force equal to the weight of the fluid displaced.” That statement may be the way we “learned” it in school, but it’s about as illuminating as a firefly wearing an overcoat. How many of us (including our teachers) really understood it? I confess that I never did until I figured it out for myself while fully clothed and dry. Here it is, in a one-paragraph nutshell. 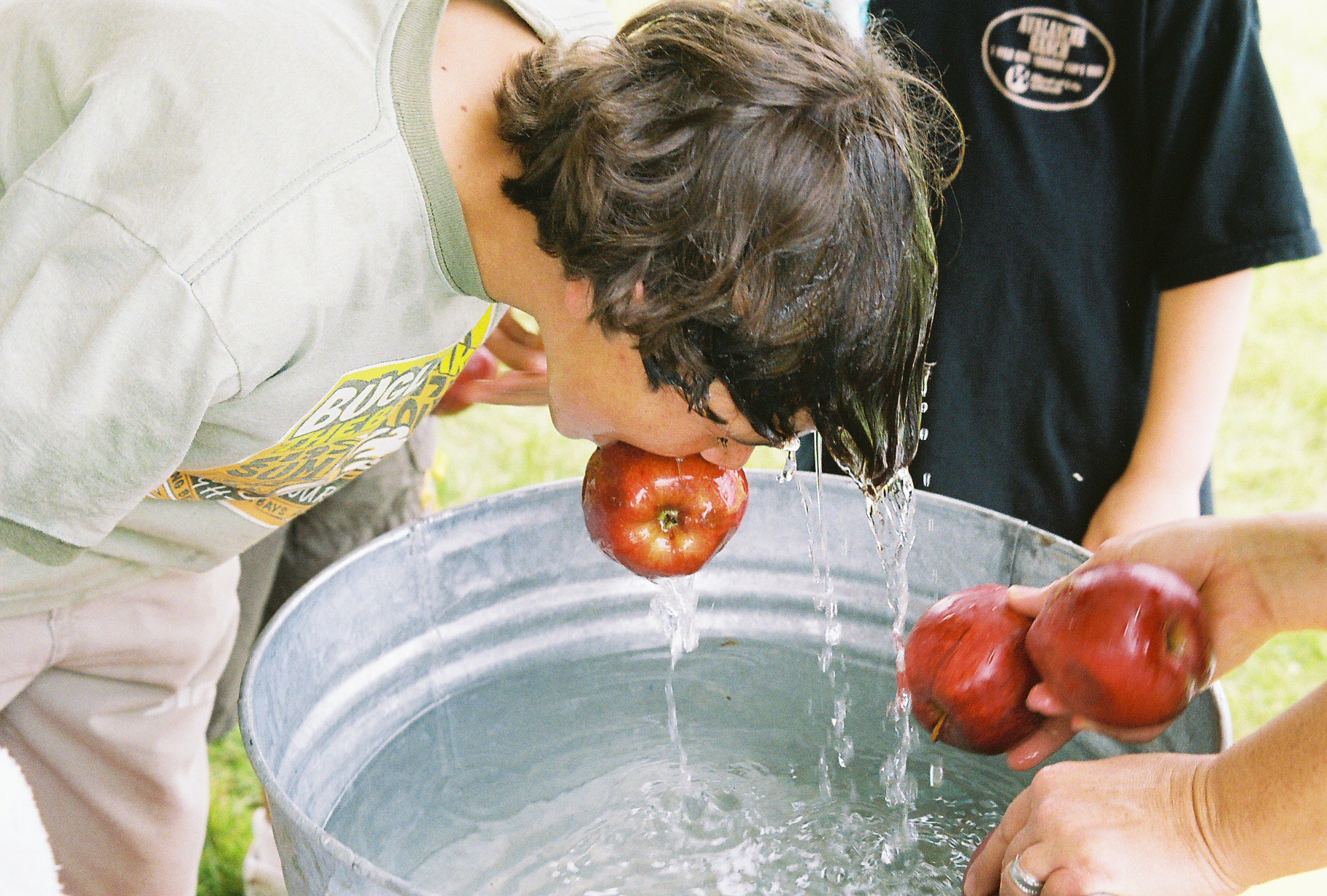 Let’s say we’re bobbing for pumpkins. We’ll completely submerge a 15-inch-diameter pumpkin, which has a volume of one cubic foot, into a big tub of water. One cubic foot of water now has to get out of the way to make room for the pumpkin. That displaced water is necessarily pushed upward, there’s no place else for it to go, so the water level rises.

But the water now has a pumpkin-sized hollow in it, and the displaced water wants to flow back down, as is its gravitational habit, and fill it. The only way it can do that is to push the pumpkin back up out of the hollow with whatever force or weight it can muster; for a cubic foot of water, that amount of weight is about 60 pounds.

What does that mean to us in the kitchen? Here are a couple of examples.

Gnocchi, ravioli, and pierogi will sink at first when you put them into boiling water because they are more dense than the water. But as their starch granules swell in the hot water, their density decreases until they are less dense than water, whereupon they inform you that they are cooked by floating to the surface.

Note that the density of an object can decrease either by the object’s losing weight or by its expanding in volume. When a human object gains both weight and volume, his or her density decreases, because fat is less dense than muscle. Draw your own conclusion.

Another example: In making beignets, or “doughnut holes,” we drop spoonfuls of dough into deep, hot fat. The dough ball is less dense than the oil and therefore floats. But as the portion below the surface browns in the hot oil, it loses water in the form of steam and becomes even less dense. The bottom of the ball is now less dense than the top, and it may actually capsize like a top-heavy boat and proceed to brown its other side.

The first time I saw this phenomenon I was as surprised as if I had seen a pancake flip itself over when its first side was done.