What is the Difference between Apple Juice and Apple Cider and Is Apple Juice Pasteurized?

In this country, apple juice and apple cider are often used interchangeably, referring simply to the liquid that runs out of pressed apples. But in most other countries, cider means apple juice that has been allowed to ferment and produce alcohol, just as grape juice ferments to produce wine.

The word cider and its variations are ancient, originally meaning any intoxicating beverage made from fruit. Because all fruits contain fermentable starches and sugars, and because all you have to do to ferment them is leave them lying around so that airborne yeasts can fall on them, the world’s cultures have come up with a most remarkable variety of alcoholic beverages. 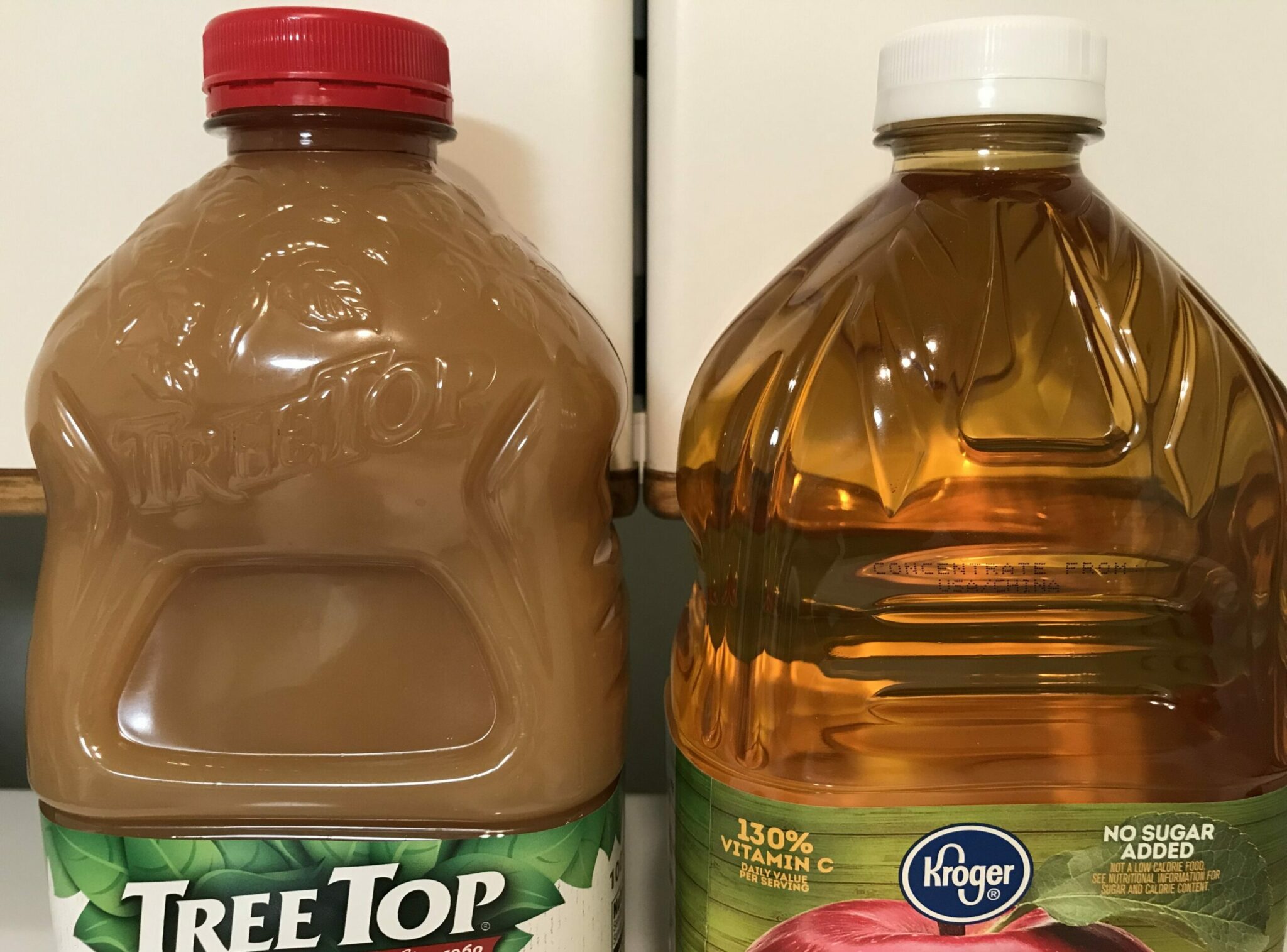 Apple juice may be bottled while still cloudy from suspended particles of fruit, or it may be filtered to clarify it. It’s just a matter of preference. As on most food labels, the word natural on a juice label can mean anything the bottler wants it to mean. But in the case of apple juice, it might be intended to mean unfiltered.

There is no federal requirement that apple juice be pasteurized, but many brands are routinely heat-treated to keep them from fermenting. If they haven’t been heat-treated, the labels must say “Keep refrigerated,” so the absence of that warning is your assurance that the juice has been pasteurized.

Unpasteurized apple juice left in the refrigerator will become fizzy within a couple of weeks, indicating fermentation. It’s not wise to drink it, though, because the strain(s) of bacteria doing the fermenting are unknown, and the fizz means that they are feasting on sugar, producing carbon dioxide and alcohol, and multiplying like, well, like bacteria. In the reproduction department, rabbits can’t hold a candle to bacteria. (Just a figure of speech. Try very hard not to picture a rabbit holding up a candle to a petri dish of bacteria. Whoops! You failed, didn’t you?)

Regarding nutrition, some apple juices, especially the pasteurized ones, are likely to have been fortified with vitamin C. Check the label to see.