Ocean waves are caused by winds that form ripples in the surface of the water, then gradually increase the height of these ripples until they become waves.

Water at the surface of the sea may look like it’s moving along with the waves, but actually it’s moving up and down in the same spot!

As a wave passes over a certain spot in the sea, the water at the surface rises, then falls when the wave has passed. The wave itself moves along, but the water stays where it is, bobbing up and down with the waves. It’s sort of like a field of grain rippling in the wind: The wind waves the grain back and forth, but the grain stays right where it is. 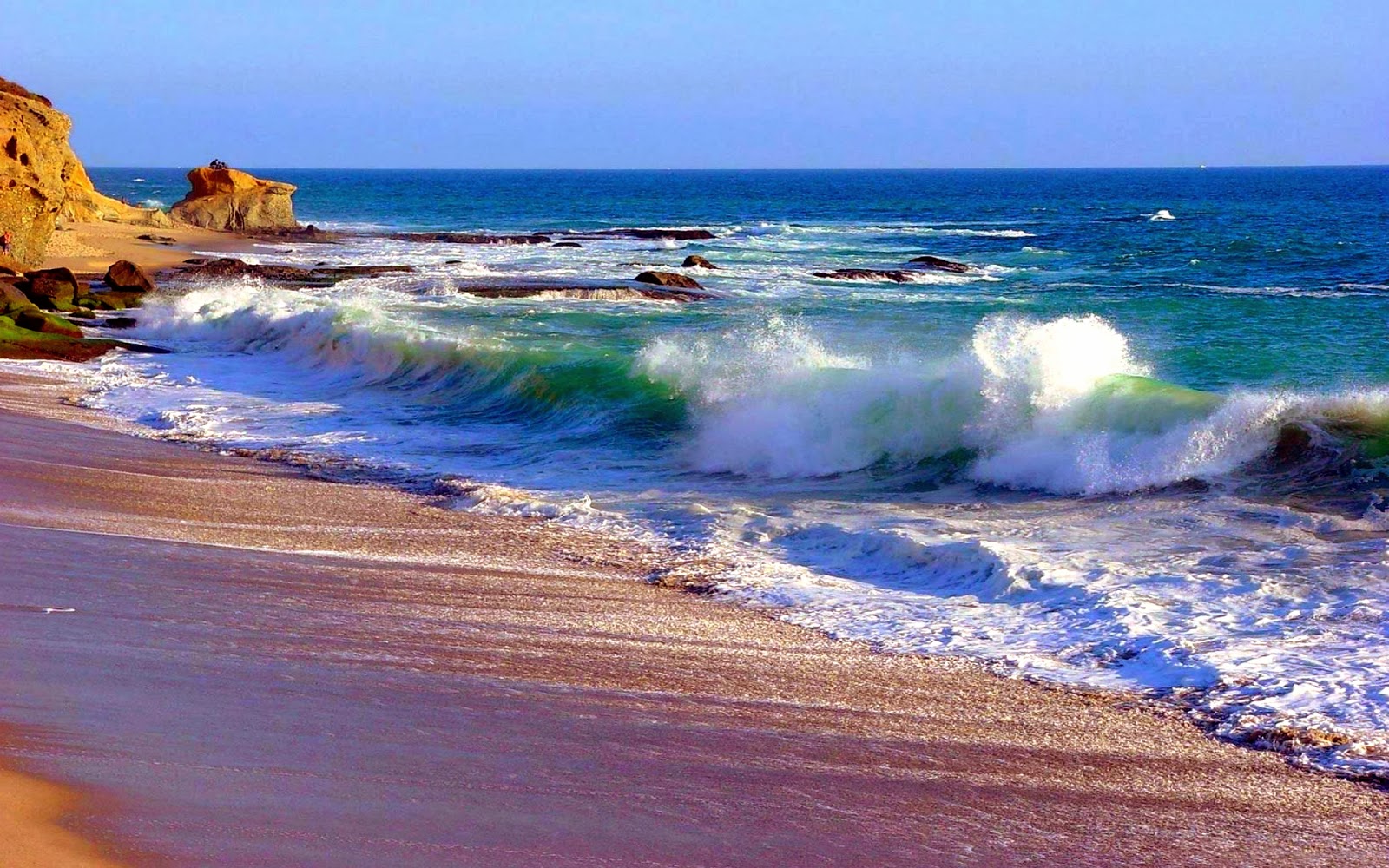 Waves in the open seas are often 50 feet high. And the biggest wave ever seen by man was about 112 feet high!