Many farmers still use scarecrows in their cornfields and gardens to scare away crows, but while this “make-believe man” might keep the large black birds away for a while, crows are really not easily frightened and soon return to the fields and even perch on the arms and head of the scarecrow. 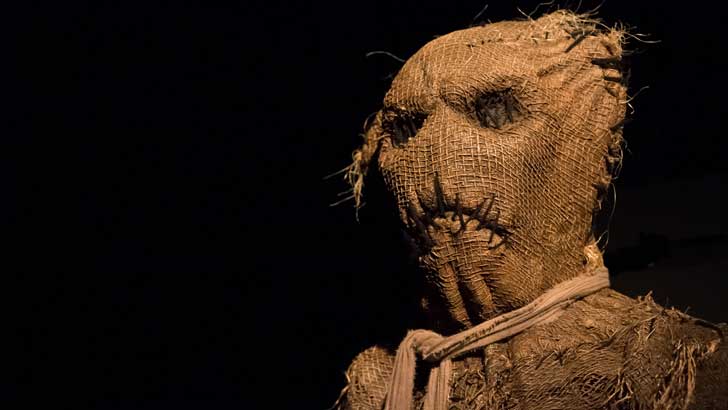 The old custom of using a scarecrow was originally not to scare away crows, but rather as a cross-symbol to protect a cornfield.

Superstitious farmers made scarecrows with two poles fastened together in the form of a cross, since the cross was considered a powerful charm against evil spirits.

Clothes were then hung on the poles as a disguise.

Today, scientists claim that it’s not the scarecrow, but the scent of people clinging to the clothes that keeps the birds away at first. But soon, the rain and the wind carry away these scents, thus carrying away the “scare” out of the scarecrow.

Crows are such intelligent birds that they can be tamed as house pets and even be taught to speak, much the same way as parrots.