Is the Rhinoceros Really Ill Tempered?

It is not its temper that makes a rhinoceros charge an intruder, but its poor eyesight. 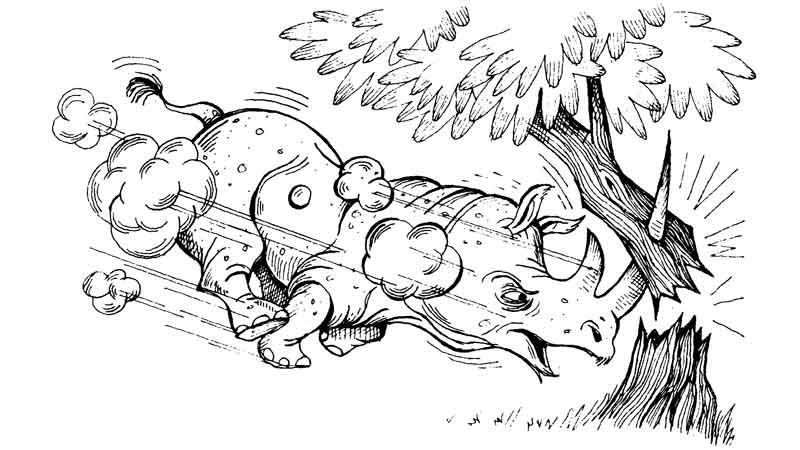 If it cannot recognize something, it will take no chances, but rush at it like a living tank, fast and furiously, ready to bite. 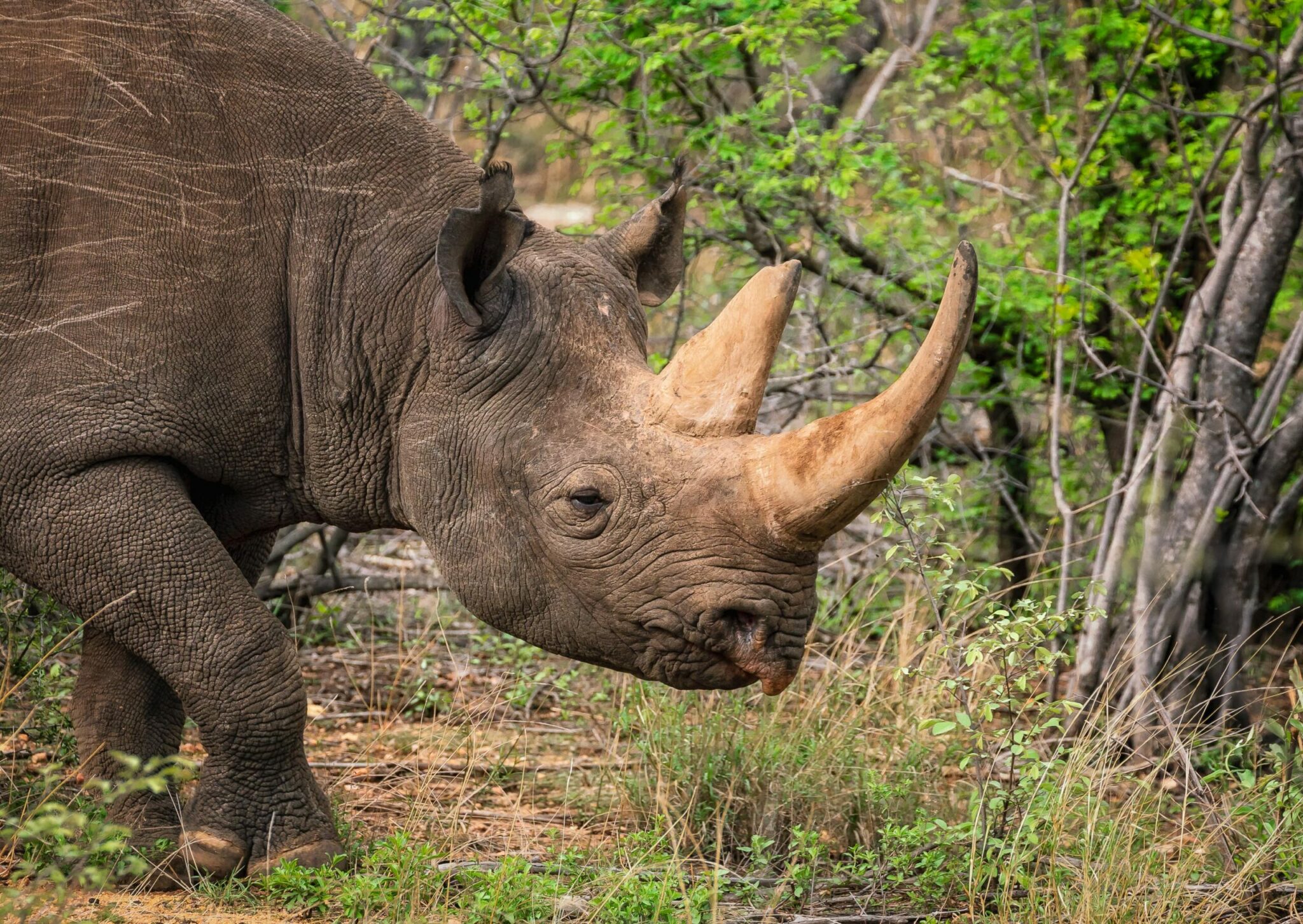 The “horn” at the end of the rhino’s long nose, which can vary from 1 to 3.5 feet long, is not a horn at all. It is actually solid, matted hair that keeps growing during the rhino’s lifetime.

It is so strong that the rhino can uproot and overturn bushes and small trees with it, as well as defend itself with it. If the horn is broken or lost, another will grow.

A rhino eats grass and shrubs. It can strip leaves from trees.

After drinking from a river, it likes to settle down in the mud and water. This is called wallowing. The mud dries on the rhino’s skin and protects it from the sun.

This cooling system is necessary because the rhino has no sweat glands.

The largest of all rhinoceroses, the almost-extinct white rhinoceros, weighs 3.5 tons and has a horn over 5 feet long.