It depends. (You knew I was going to say that, didn’t you?)

A direct comparison is complicated by the fact that there is no such thing as “regular coffee.” We have all had everything from vending-machine dishwater to truck-stop battery acid. Even at home, there are so many ways of brewing coffee that no generalizations can be made.

And let’s face it: In our current Starbucks-struck society, what goes by the name of espresso in every neighborhood joint that can scrape up the price of a machine and a minimum-wage teenager to run it would make a professional Italian barista (espresso maker) cry in his grappa. So there’s not much consistency there, either. 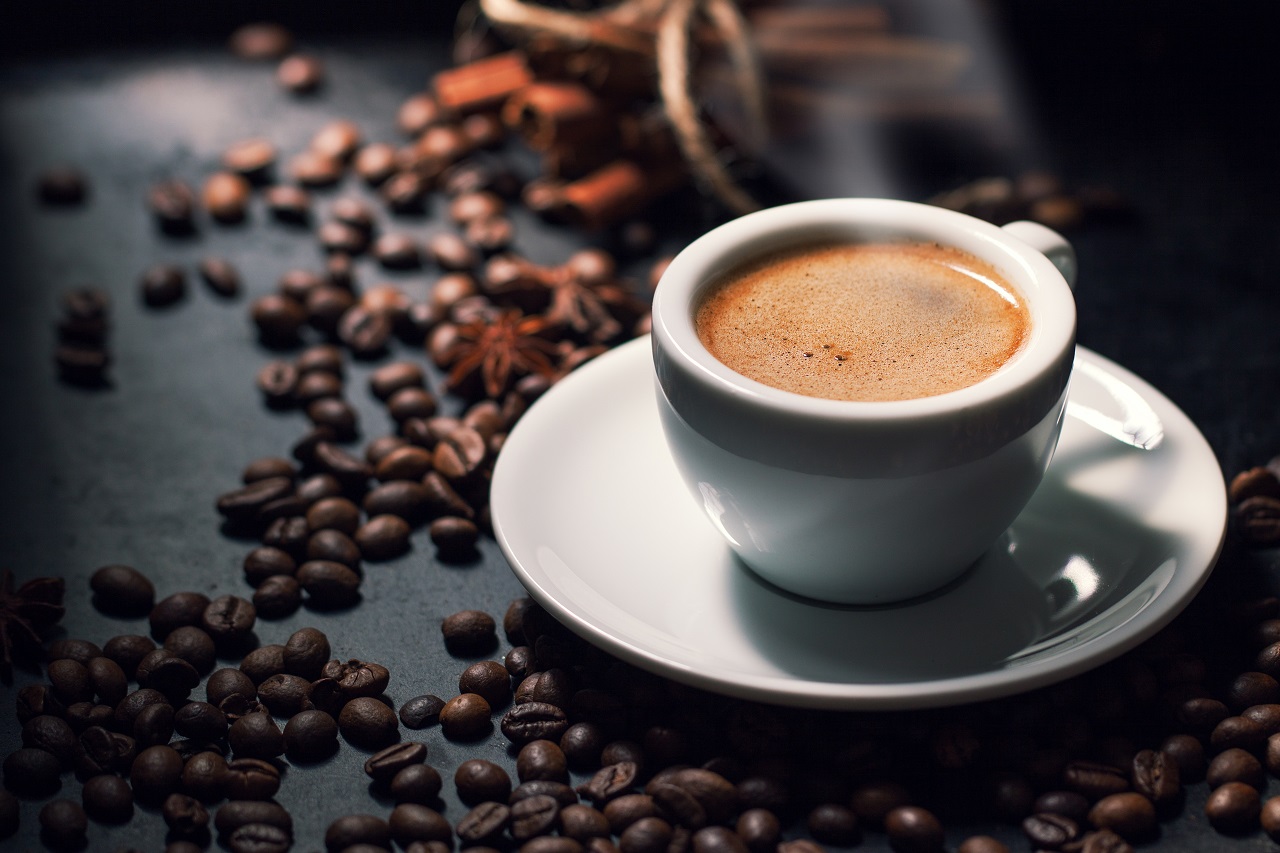 Any espresso is, of course, a lot smaller in volume than a standard cup of American coffee. But does the espresso’s high concentration more than make up for its small volume?

Each drop of liquid in a typical one-ounce shot of espresso certainly contains more caffeine,  and more of everything else, for that matter, than a drop of liquid from a six-ounce cup of regular coffee. But in many instances, the entire cup of well-brewed American coffee will contain more total caffeine than the cup of espresso.

What do the experts say? The consensus of Francesco and Riccardo Illy in their beautifully illustrated coffee-table book From Coffee to Espresso (Arnoldo Mondadori Editore, 1989) and of Sergio Michel in his book The Art and Science of Espresso (CBC srl Trieste, undated) is that a typical cup of good espresso can contain from 90 to 200 milligrams of caffeine, while a cup of good American coffee will contain from 150 to 300 milligrams. As you can see, there may be some overlap, but on the average, espressos contain less caffeine.

But unless you’re a connoisseur, you may not know the types of beans in your brew, either at the local espresso bar or in your home blend. The odds are that both are primarily Arabica beans, because Arabica constitutes three-quarters of the world’s coffee production, although there is currently a shift toward more Robusta for economic reasons.

What’s important, of course, is how much of the caffeine dissolves out of the beans and into the water during brewing. That depends on several factors: how much ground coffee is being used, how finely it is ground, how much water is being used, and how long the water is in contact with the coffee. More coffee, finer grounds, more water, and longer contact time will all extract more caffeine. That’s where the differences between espresso and other brewing methods come in.

Espresso coffee is ground finer than the drip grind you may be using at home. But on the other hand, for approximately the same amount of grounds per cup, only about one ounce of water contacts the grounds during espresso-making, compared with about six ounces of water per regular cup. Moreover, the water is in contact with the grounds for only about thirty seconds in the espresso process, rather than a couple of minutes in most other brewing methods.

The result is that in your local coffee establishment you will probably imbibe less caffeine in your single shot of espresso or in your Tall Latte or Tall Cappuccino than in your Americano. On the other hand, all bets are off with the Grande and Venti Lattes and Cappuccinos, which are made with two shots of espresso.

Now about your wife: Why is she so high-strung after a cup of espresso? For one thing, it may be her metabolism, that human variable that no simple chemical analysis for 1,3,7-trimethylxanthine, aka caffeine, can explain. There are great variations in the rates of caffeine metabolism among individuals, and according to the Illy book, women tend to metabolize it faster. But that would apply, of course, to any coffee.

I’m not a physician or nutritionist, but I suppose it’s possible that in some people the caffeine is metabolized faster when it is concentrated in a small amount of liquid than when it is dispersed throughout a larger volume. On the other hand, a friend tells me that she gets more sleeplessness and more of a “jangly” feeling from her regular coffee than from an espresso.

In the absence of a series of controlled physiological studies on the effects of many kinds of espresso compared with many kinds of other coffee, all consumed both with and without food at various times of day, no one can generalize that espresso causes more caffeine excitability than American coffee. In fact, on the average, it’s probably the other way around.

Tell that to your wife when she comes down off the ceiling.