How is Decaffeinated Coffee made and How do they get the Caffeine out of Coffee?

The bitter, white substance caffeine makes up only about one percent of the composition of coffee beans.

The U.S. Food and Drug Administration requires 97 percent of that tiny amount to be removed before the label may say “decaffeinated,” and some manufacturers do even better than that.

The difficult part of the decaffeination process, as any coffee lover can attest, is to maintain the rich flavor and aroma of regular coffee. Coffee beans contain more than a hundred chemical compounds, and it is virtually impossible to replicate coffee’s aroma in the lab. 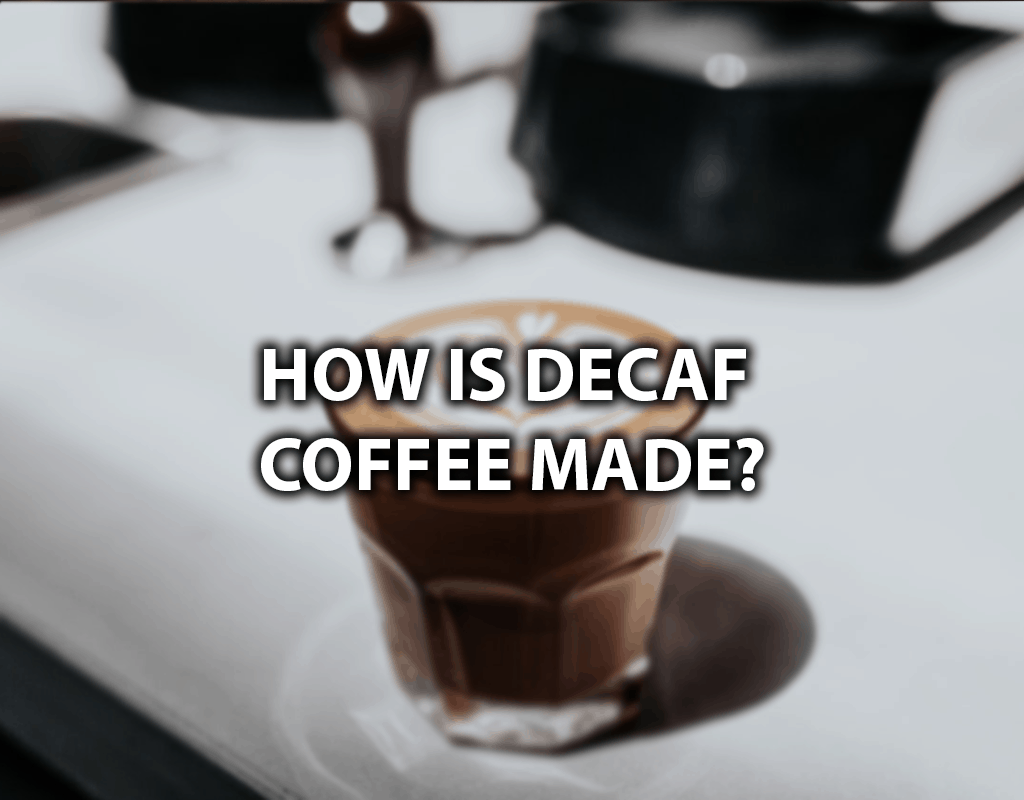 During decaffeination, many of those compounds leak out of the bean. Getting only the caffeine out, and leaving those compounds in is the trick. And it’s not just the consumer who benefits from good extraction processes: pure caffeine drawn from the beans is sold to pharmaceutical and soda companies.

The method of caffeine extraction most commonly used by manufacturers removes the caffeine by means of an “agent,” or solvent. The agent used is either methylene chloride, which is also used in degreasing fluids, and ethyl acetate, a substance found in fruits.

The agent method can employ either a direct or an indirect process.

In the indirect process, the green coffee beans are soaked in hot water for several hours to extract the caffeine; the water draws off a slew of flavorings, too. The watery solution, then, rather than the beans, is treated with an agent to remove the caffeine, and heated so the agent and the caffeine evaporate together. The rest of the solution and flavorings are returned to the beans and the beans are dried.

It’s generally believed that almost none of the agent is left in coffee beans after either process is completed. Furthermore, roasting evaporates most of the few traces that are left.

Still, consumer concern over the use of these chemicals has led some manufacturers to favor yet another method of decaffeination: the Swiss Water Process. This method calls for soaking the beans in water for a day, then running the watery solution through charcoal or carbon filters that sponge off the caffeine.

Afterwards, the water is recirculated with the beans and the beans are dried. This takes longer than other methods, and some people think it doesn’t return as much of the flavor to the beans as other methods. Other people say it has improved over the years. Anyway, a lot of consumers are willing to pay the extra cents per pound for what seems a natural way to decaffeinate.

Yet another method uses oils from spent coffee grounds. The beans sit for several hours at high temperatures in a container filled with decaffeinated coffee oils. Triglycerides in the oils pick off the caffeine in the fresh beans, which are then drained and dried.

Coffee companies are trying out a new method, using “super critical” carbon dioxide, a pressurized liquid-gas similar to the carbon dioxide that effervesces in your soda can. Pumped through a vat of beans, the stuff seems remarkably capable of picking off the caffeine and then vanishing completely.