How High Does a Rocket Have To Go Before It Can Orbit Around Earth?

It’s not how high, it’s how fast. There is a certain speed called the escape velocity that an object must achieve before it can keep circling Earth in a stable orbit and not fall down.

Let me take you out to the ball game.

Suppose that a center fielder tries to throw a runner out at home plate with a single mighty throw instead of relaying it via the second baseman. He throws the ball horizontally or slightly higher than horizontally, straight at the catcher. 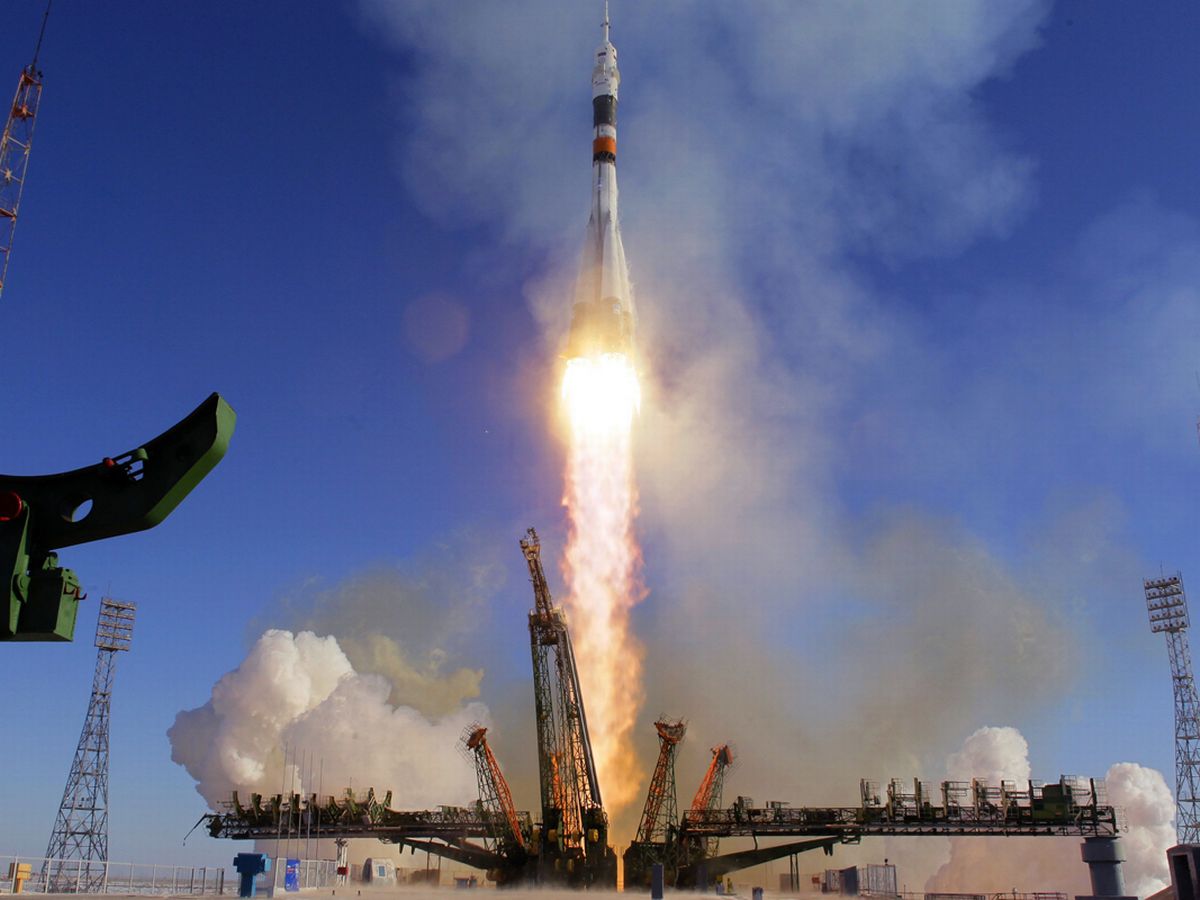 If there were no gravity (and no air resistance), the ball would continue in a straight line and go on forever. Or as Isaac Newton said in his First Law of Motion, “An object will continue moving in a straight line at a constant speed unless some other force screws it up.” (He may not have said it exactly that way.)

But in this case there is another force: gravity, which is pulling continuously down on the ball whether it is moving or not. The combination of horizontal motion from the throw and vertical motion from gravity results in the ball’s following a curved path or trajectory. Unfortunately, few outfielders can throw as fast and far as is necessary to pick off a runner at home plate, so the ball will hit the dirt well in front of the catcher.

Now let’s ask Superman to throw a baseball horizontally out over the Pacific Ocean. (And again we’ll ignore the air’s resistance.) If he throws the ball at, say, 1,000 miles per hour (1,600 kilometers per hour), its curved path will be a lot longer and broader than in the case of the outfielder, but eventually, gravity will still be able to bring it down after perhaps a few miles.

Embarrassed by this pipsqueak performance, our hero then winds up and hurls another baseball out over the ocean at 25,000 miles per hour (40,000 kilometers per hour). This time the ball’s trajectory is such a broad, shallow, flat curve that it matches the curvature of Earth’s surface itself, so it just keeps going at a constant height above the surface and never falls down. It has gone into orbit.

So you see, putting a baseball or a satellite into orbit is purely a matter of throwing or shooting it fast enough that its trajectory will match the curvature of Earth. That speed, the escape velocity, is 6.96 miles per second (11.2 kilometers per second) or just about 25,000 miles per hour (40,000 kilometers per hour). Any slower than that and gravity will bring the object down before it has gone full circle around Earth. Any faster than that and it will still go into orbit, but it will reach a higher altitude above the surface before gravity wins out and bends its trajectory to the curvature of Earth.

In a very real sense, the orbiting baseball or satellite never does stop trying to fall to the surface; it’s just that it is going fast enough “outward” to counteract gravity’s inward pull.

That’s why physicists and space scientists say that an orbiting satellite or space shuttle is in continuous free fall, falling freely toward the center of the Earth, just as if it had been dropped from a height. And that’s why the astronauts inside an orbiting shuttle float freely in the air, just as they would if they were in a falling elevator whose cable had snapped.

If Earth is spinning, why doesn’t the atmosphere go flying off into space?

In order to leave this planet, the air, just like anything else, would have to be moving at a speed equal to the escape velocity. That would amount to a humongous wind. While Earth’s motion does affect the winds, the effect is nowhere big enough to get them to blow as fast as the escape velocity.

Individual air molecules may reach escape velocity, however, and some of the lightest atoms such as hydrogen and helium do indeed go into orbit at the top of the atmosphere.