Does the planet Uranus have rings around it?

Planetary rings, found only on the outer planets, consist of pieces of ice and dust.

In 1977 it was discovered that there were, indeed, rings around the planet Uranus. This was a surprise, as the rings are so dark that they’d been completely invisible up until that point. What made it possible to detect them was a star.

In its orbit, Uranus passed in front of a distant star, which highlighted the planet from behind. Astronomers saw a flicker just in front of the planet as it began to pass the star, and an identical flicker as the backlit Uranus continued past the bright star. 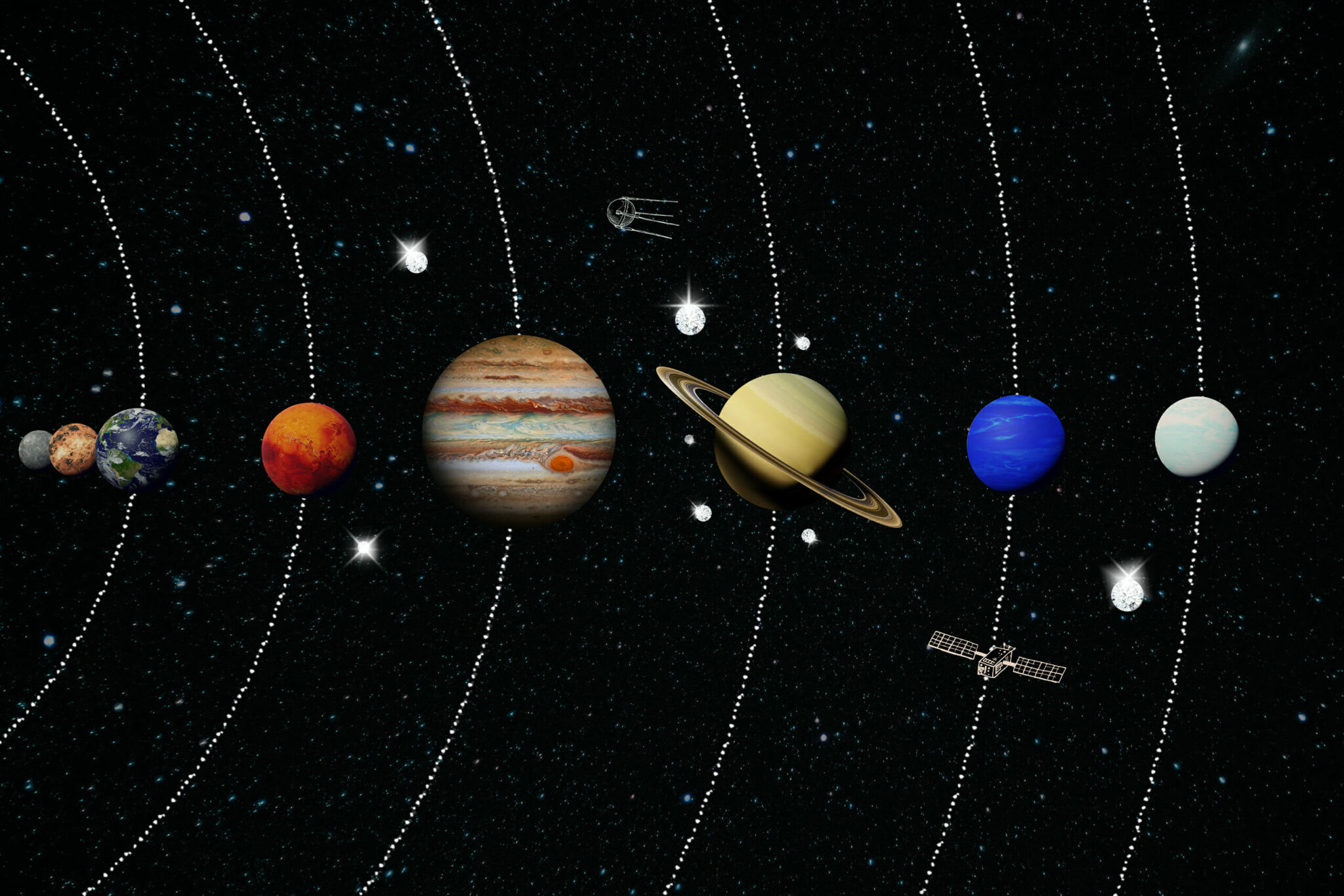 With closer scrutiny, nine rings were initially spotted around the planet. Voyager 2, in 1986, spotted two more.

Although Saturn’s six main rings are legendary, all of the other outer planets also have them. Besides Uranus’s eleven rings, Neptune has at least four, and Jupiter has a large main ring and an outer ring system, made up of many smaller rings.

Saturn’s rings are so brilliant, they were discovered over 400 years ago in 1659. None of the other planets’ rings, however, were found until the late 1970s.